These dramas will motivate you to chase after your seemingly impossible dreams. 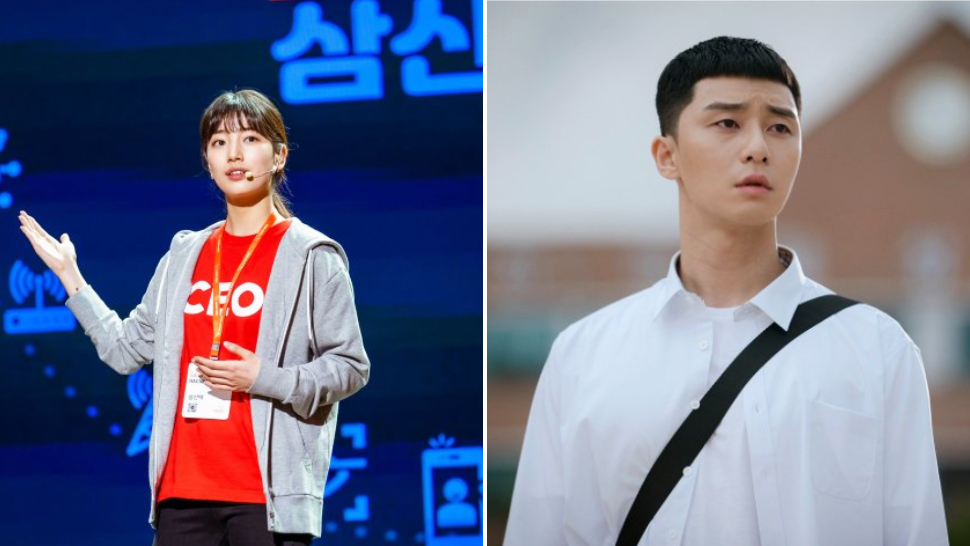 IMAGE Start-Up/TVN, Itaewon Class/JTBC
These dramas will motivate you to chase after your seemingly impossible dreams.
Shares
Share
Tweet

Perhaps the most beloved prevailing theme in any K-drama is the one where the main character shoots for their dreams. Protagonists like Seo Dal-mi (Bae Suzy) or Park Saeroyi (Park Seo Joon) share something in common: They started from nothing. They pursued their goals equipped with only their determination and passion, which propelled them toward a moving success story that inspires and ignites the dreamers in all of us. After all, who can’t relate to a good underdog?

With that said, if you need a little more push to chase after your own dreams, below, we listed down 10 K-dramas that will inspire you:

Six high schoolers all share a common aspiration: to make it big in the South Korean music industry. Each equipped with their own prodigal talents, these individuals strive to reach their goals, all while dealing with fierce competition, academic pressure, and developing feelings for one another.

Where to watch: Netflix, Viu, iQIYI

Sa Hye-jun, a talented model, dreams of becoming an actor alongside his best friend, Won Hae-hyo. However, his success in career doesn’t come easy when he’s faced with very little luck and support from his own family. Everything changes when he meets and befriends An Jeong-ha, a young woman who left her corporate job to finally pursue becoming a makeup artist. Together, the pair connects and cheers each other on as they navigate through the hardships that come with chasing after their dreams.

Determined and headstrong, university drop-out Seo Dal-mi dreams of becoming a big shot entrepreneur in South Korea, similar to the likes of Steve Jobs. Meanwhile, Nam Do-san is a genius engineer who is the founder of a small start-up called Samsan Tech. After a slight mix-up, the pair meets and soon starts a long and complicated journey together as they build their own company.

After a series of unfortunate and tragic events in his past that landed him in jail, Park Saeroyi is finally released years later. Out to avenge his father’s death, he establishes his own bar in the busy district of Itaewon with the help of a misfit group of employees. Despite outside forces trying to run them out of business, the group stands firm and works together to make Danbam the best establishment in Itaewon.

Long time friends Ko Dong-man and Choi Ae-ra both live normal lives with humdrum jobs. As children, Ae-ra wished to become a well-established TV anchor and Dong-man hoped to be a popular taekwondo athlete. Well into their adult years, the pair finds a sudden renewed vigor to turn their childhood dreams into reality, and soon work hard to succeed despite their seeming lack of qualifications.

This comedy drama is centered on four individuals: Seung-chan who enters his job due to a crush he has on a KBS employee, Ye-jin, the current producer of the music program ‘Music Bank’, Joon-Mo, the producer of the variety show ‘2 Days and 1 Night’, and Cindy, a popular singer who’s been dubbed an ice princess due to her aloof personality. They eventually cross paths while trying to survive South Korea’s cutthroat broadcasting industry.

In spite of coping with Pinocchio syndrome—a condition which triggers hiccups every time the affected lies—Choi In-ha still scrambles to make her ambition of becoming a broadcast journalist come true. She works alongside the smart and cunning Choi Dal-po, a fellow budding reporter with an ulterior motive driven by his dark past. As they seek justice together through their jobs, they end up uncovering a deeper conspiracy broiling underneath the news industry.

The series centers around young pediatric surgeon, Park Shi-on, who was diagnosed with autism and savant syndrome—a rare condition wherein people with mental disabilities demonstrate extraordinary skills, usually related to memory. Despite the initial protests of the directors in the medical institution he applies for, Shi-on defies all odds and begins his training at Sungwon Hospital as a medical resident.

Ki Seon-gyeom was a track star for South Korea’s national team until he was eventually forced to quit after a physical altercation with his colleagues. Opposite him, Oh Mi-joo is a passionate translator for movies. As soon as their worlds collide, they both help each other realize that there’s more to life than just the career paths they’ve devoted themselves to.