JUST IN: Jinkee Pacquiao Is One Glamorous Ninang at a Wedding Wearing Accessories Worth at Least P10 Million|Read more »
Culture | By Rianne Motas - Feb 26, 2022 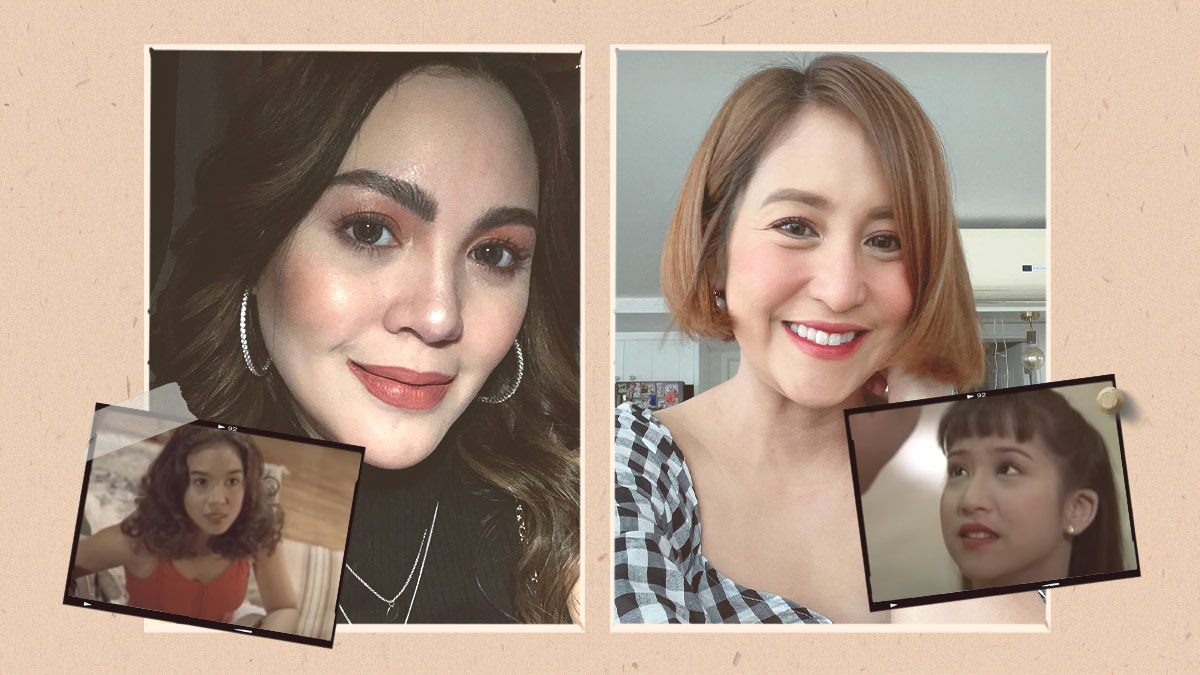 We’ve been transported back to the ‘90s thanks to TikTok! The latest trend is taking over the app as people reminisce over their childhood favorites like Rico Yan and Claudine Barretto’s Miguel and Carmela. Some are even taking a crack at recreating old looks, bidding homage to the aesthetics of '90s Manila. While that’s all well and good, this trend also gave a nod to some of our classic TV sweethearts by creating videos of them starring in old shows, capturing them in some of their most iconic moments!

They might’ve taken quite a bit of downtime from primetime, but these female leads were icons for a reason. Interested in taking a deep dive to see who they are? Let’s rewind and see the heroines of ‘90s TV!

10 Iconic '90s Filipino Actresses and Where They Are Now:

The ‘90s gang wouldn’t be complete without Claudine Barretto. She was the face of ‘90s pop culture as this actress started out as a child star who quickly dominated the field and filled up every platform imaginable. When she appeared in Mula sa Puso (1997-1999) with Rico Yan and Diether Ocampo, Claudine became the ABS-CBN Teleserye Queen, enchanting everyone with her quirky demeanor. In the early 2000s, she starred in local cinematic hits such as Sukob (2006), Milan (2004), and Got 2 Believe (2002). Since then, she has made a film comeback, acting alongside her old co-star Mark Anthony Fernandez in the thrilling 2021 mystery-drama picture Deception.

Even past the ‘90s era, her sparkle never died. Judy Ann Santos practically grew up on screen as she played Mara in her most iconic teleserye Mara Clara (1992). After that, she went from child star to teen icon in the coming-of-age show Gimik (1996), and to one of the biggest female leads in Esperanza (1997). Following these projects, she starred in Ang Dalawang Mrs. Reyes (2018) and Mindanao (2019) where she, yet again, captured the hearts of the masses with her superb acting. Now, she’s at peace with her family, living a blissful life as she runs her restaurants Angrydobo and Judy Ann’s Cripsy Pata.

With every ounce of certainty, this star is part of every ‘90s kids’ core memory. Jolina Magdangal might be known now as one of the gorgeous “momshie” hosts of the morning talk show Magandang Buhay, but she actually left quite a big footprint in ‘90s pop culture, especially in fashion. Her flashy and multicolored style, especially her glittery butterfly hair clips, became her trademark, allowing her to stand out among her contemporaries. As we’ve seen from her getups in Flames: The Movie (1997), Labs Kita…Okey Ka Lang? (1998), and Hey Babe! (1999), she definitely would’ve been a Y2K icon, no doubt!

One of the prettiest faces in the iconic Gimik gang in the ‘90s—Kristine Hermosa. She began her career with Gimik (1996) and Ang TV (1992) before sweeping the feet of fans in the mid-’90s and early-2000s. She made a big splash along with her co-star, Jericho Rosales, when they stole the hearts of viewers with Pangako Sa’yo (2000).  She is now happily married to Oyo Boy Sotto and enjoys life with her big family.

A true member of the ‘90s gang would not forget Donna Cruz’s voice. Donna's self-titled debut album was a smash hit, earning her a double-platinum certification. Six months after its release, her fourth studio album, Habang May Buhay, was certified four times platinum. During the summer of 1995, the album's lead track, Only Me and You, became a radio hit in the Philippines. Her songs echoed further into the early 2000s, like Kapag Tumibok Ang Puso, proving her timeless talent!

Meet the beauty that never ages—Nikki Valdez. Her first debut on television was in one of the early episodes of Ipaglaban Mo, where she worked with John Lapus. Since then, she’s played a variety of characters ranging from whimsy personas to heavy roles. Her adaptability is seen on screen from Ang Tanging Ina (2003) to her participation in the Private Benjamin (2011-2014) series.

If you’re a ‘90s kid, you probably remember this beauty from the Gimik gang. Giselle Tongi has a face that oozes charm and sophistication, and it's one you'll never forget. She starred in hit TV shows and movies including Enteng Kabisote, Paraiso Ko'y Ikaw, and Mulawin after becoming a sensation. In 2014, she migrated to the United States and formally retired from show business, but no worries! After all, she already set her mark on ‘90s pop culture!

Who couldn’t be dazzled by her beauty? Rosanna Roces was plastered everywhere back in the day as everyone was in awe of her camera-ready looks and curves to die for! The sultry vibe of the actress stunned crowds, especially with her roles in La Vida Rosa (2001), Wanted: Border (2009), and Presa (2010). More recently, Rosanna's continuedher film work with projects like Suarez: The Healing Priest (2020) and The Panti Sisters (2019).

The ‘90s wouldn’t have been as memorable if it weren’t for ‘90s sweetheart Angelu de Leon. Her career began with ABS-CBN’s Ang TV before moving to GMA where she became an immediate teen idol. If we have KathNiel now, Angelu De Leon and Bobby Andrews totally dominated the box-office with their tandem back then! Since then, Angelu has taken on more TV projects, especially for afternoon teleseryes like Pyra: Babaeng Apoy (2013). She was also in Encantadia (2016), Di Na Muli (2021), and FPJ's Ang Probinsyano (2022).

If Instagram existed before, we definitely would have kept our eyes on ‘90s “It Girl” Mikee Cojuanco. Although she only acted a few times, she was noted as a natural in front of the camera. Her performances in films like I Love You, Sabado (1995) can testify to that. She definitely can do it all as she’s also an equestrian superstar! Mikee earned gold medals at the 2002 Asian Games in Busan, South Korea, the 2005 Southeast Asian Games in the Philippines, and more when she was at the pinnacle of her athletic career. In 2020, she became the first Asian female executive board member of the International Olympic Committee! Even though she isn’t acting anymore, she’s still gracing the front covers and our timelines with her presence from time-to-time with her dimpled grin and brilliant, gleaming eyes.