SHOP: The Preview Beauty Bag Is Officially Here and It's the Ultimate Steal|Read more »
Culture | By Paul John Caña for Esquiremag.ph - Mar 19, 2022

How Expensive Is Starbucks in the Philippines Vs. Other Countries?

Something to make you think twice before getting your Starbucks fix for the day. 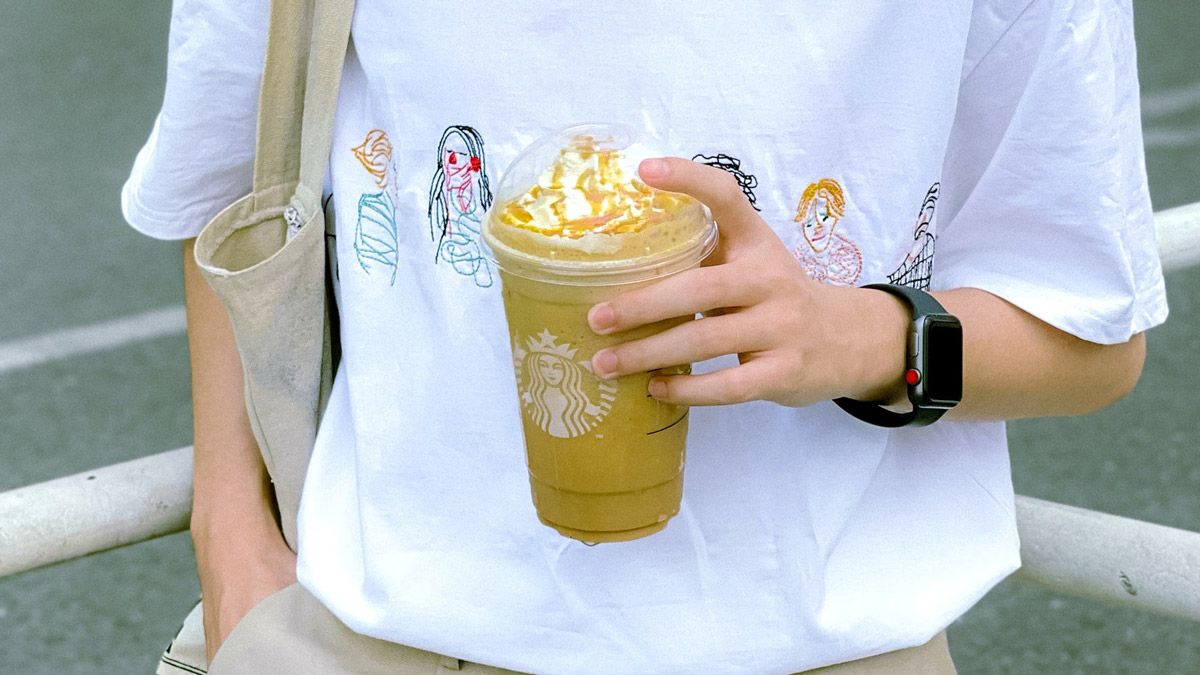 IMAGE Pexels
Something to make you think twice before getting your Starbucks fix for the day.
Shares
Share
Tweet
Comments

If there’s one thing Starbucks is known for, it’s consistency. Order a tall latte in a branch in Tokyo and it’s essentially the same one you’ll get when you order it in Milan, New Delhi, or Manila.

But one thing Starbucks isn’t consistent in is its pricing. The global fast-food chain behemoth (yes it’s considered fast-food) has over 32,000 branches worldwide (as of March 2022), making it second only to McDonald’s. And just like the Golden Arches, Starbucks cost differently depending on where in the world you are.

A study by SavingSpot published in CashnetUSA looked at just how much a tall latte is in Starbucks stores all over the globe, and the findings give us a fascinating look at just how reasonably priced (or insanely expensive, depending on where you are in the socio-economic scale) the popular brew really is. 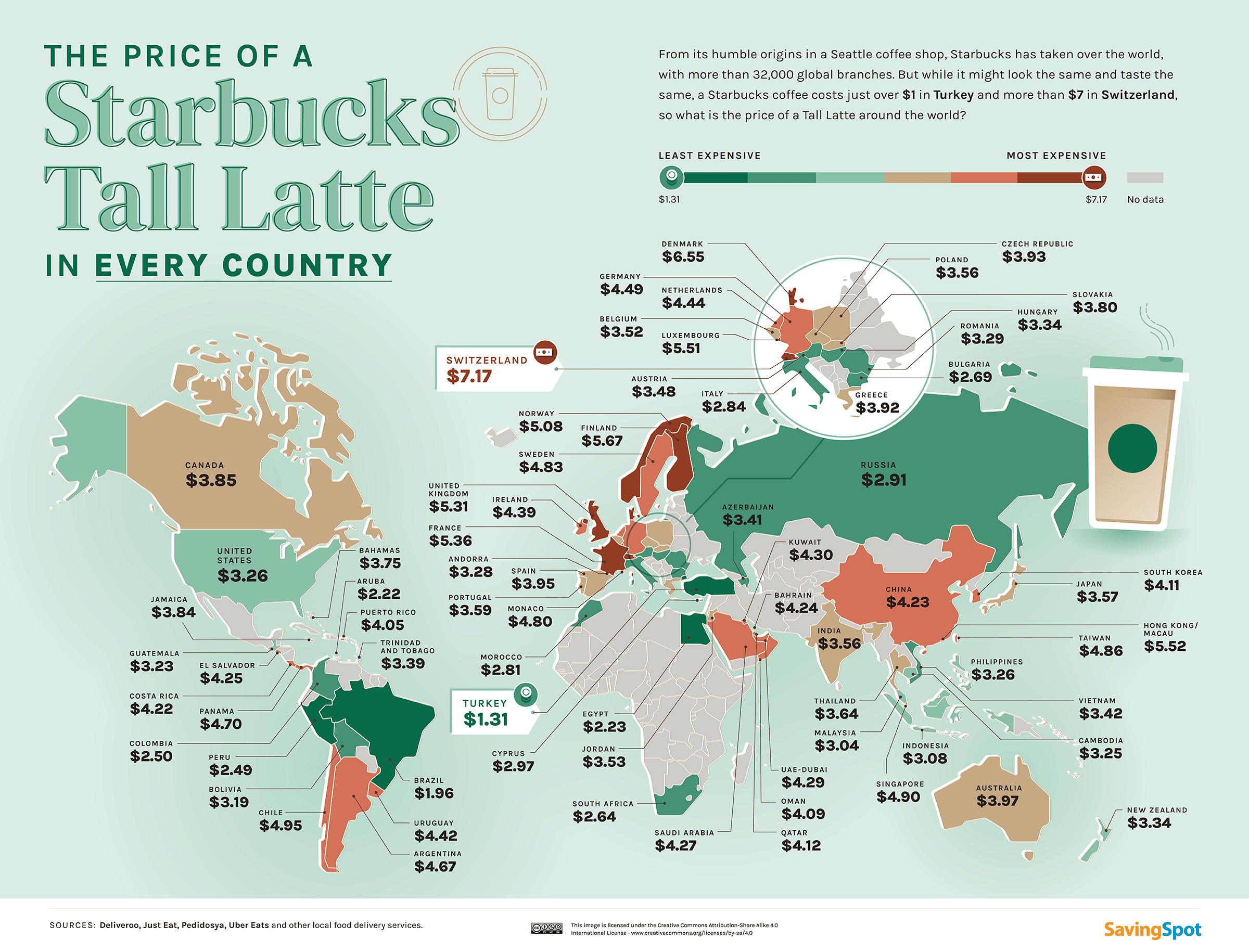 At the other end of the spectrum, Turkey apparently has the cheapest Starbucks in the world, with a tall latte there costing only about $1.31 (about P68.41).

Most expensive Starbucks items in the world

Now when you’re talking about affordability—or the cost of a Starbucks drink relative to how much the average income is in that particular country—you get a different set of results. As an example, the CashnetUSA report illustrates that, while Egypt may have one of the world’s cheapest lattes ($2.23 or about P116.43), it also has one of the lowest GDPs. Similarly, Denmark and Switzerland may have some pretty pricey tall lattes, that’s because people there generally earn more. Unfortunately, while Argentina’s GDP is already pretty low, a tall latte there costs more than in the U.S., Germany or Qatar. 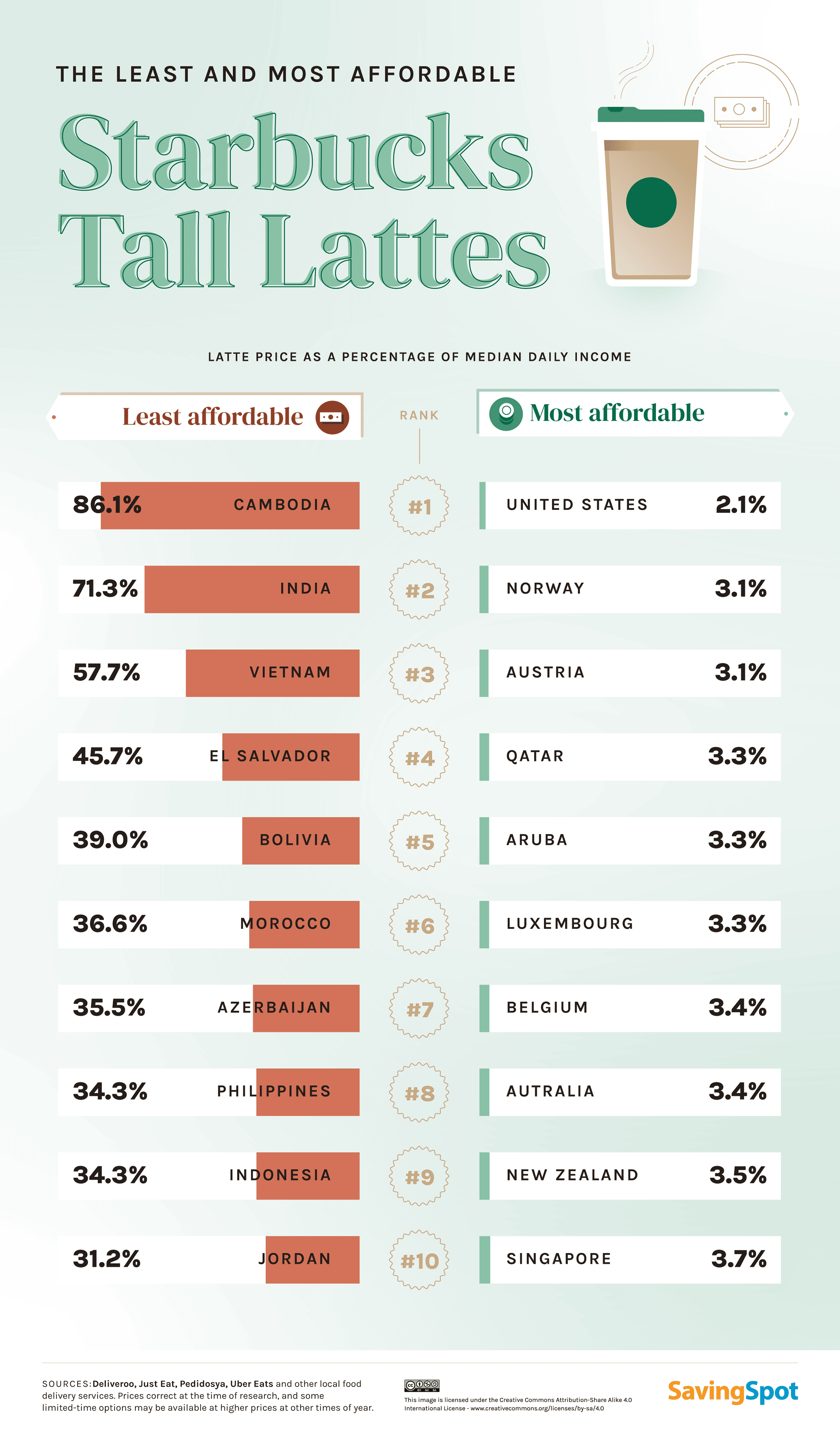 Does that make you feel better about getting your daily Starbucks fix?

These Are the Most Expensive Items You Can Order at Starbucks

Did You Know? The Philippines Is the 11th Country With the Most Starbucks Stores

This Breathtaking Underwater-themed Wedding Is Out Of This World