SHOP: The Preview Beauty Bag Is Officially Here and It's the Ultimate Steal|Read more »
Culture | By Lily Grace Tabanera for Cosmo.ph - Jun 17, 2020

All the Must-Watch Dramas by the Hong Sisters A.K.A. the Screenwriters of "Hotel Del Luna"

These screenwriters created the OG K-drama "My Girl." 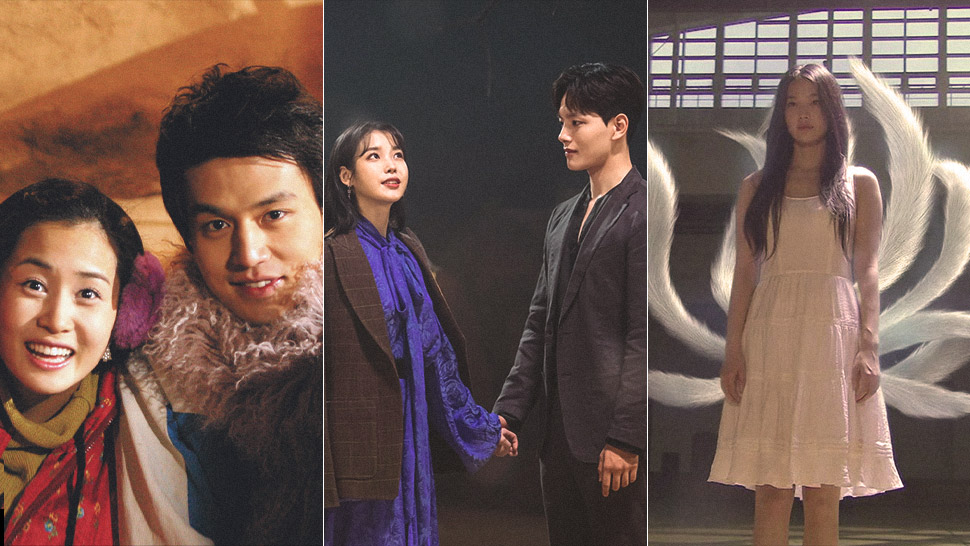 If you've been a K-drama fan for several years now, you're bound to be familiar with the awesome Hong sisters, screenwriters Hong Jung Eun and Hong Mi Ran. They've created so many delightful and cry-worthy rom-coms together, and they're not stopping anytime soon!

During a 2009 interview, the duo shared: "We write just with the two of us. You could call it a family operation. If we were to split up, our family would split up. [Working separately] won't happen." Awww! They also revealed that most of their lead characters "work hard to earn their livings" because their father instilled a strong work ethic into them at a young age.

Here, we listed down all their dramas that you shouldn't miss:

This drama catapulted the Hong sisters to fame! When two schoolmates accidentally fall asleep in the same room, their parents force them to get married just to avoid scandal. Later, of course, they develop real feelings for each other, but certain forces are determined to keep them apart.

Gong Chan (Dong Wook) pays Yoo Rin (Da Hae) to pretend to be his missing cousin in order to fulfill his grandfather's dying wish. However, Gong Chan's grandfather miraculously recovers, and they are forced to live together as cousins despite their attraction to each other. This show even had a Pinoy remake starring Gerald Anderson and Kim Chiu!

A rude and arrogant heiress (Ye Seul) with a "cowardly" husband gets amnesia after an accident. The handyman (Ji Ho) she once pushed overboard her yacht (how horrible!) takes advantage of her memory loss and convinces her that he is her boyfriend.

According to My Drama List, in this period drama, Hong Dil Gong fights against injustice by stealing from the rich and giving to the poor—just like Robin Hood!

A nun-in-training (Shin Hye) is forced to take the place of her twin brother, the new member of popular boy band A.N.JELL, when he goes abroad to get a "botched eye job" fixed. The band's members believe her lie, but their leader (Geun Suk) makes life hard for her. He later discovers who she really is, but she begs him to keep her secret.

A college student (Seung Gi) who dreams of becoming a famous action star meets a beautiful gumiho (Min Ah)—also known as a nine-tailed fox in Korean legend. Gumihos are known for eating humans in stories, so he tries to keep her occupied but also ends up falling for her in the process.

A woman who used to be a K-pop idol (Hyo Jin) gets involved with the most popular male celebrity (Seung Won) in town. She joins a reality dating show, meets her former rival, and gets involved in a "love square!"

According to Viu, this series is about a substitute teacher named Da Ran (Min Jung) who's engaged to Doctor Yoon Jae (Gong Yoo). High school student Kyung Joon gets into a car accident with Doctor Yoon Jae, and when he wakes up, his soul is in Yoon Jae's body! This drama is loosely based on the 1988 movie Big, starring Tom Hanks.

After an accident, Gong Shil (Gong Hyo Jin) finds out that she can see ghosts. They refuse to leave her alone, except when she's around a rich and arrogant CEO named Joong Won (So Ji Sub).

According to the show's Netflix description: "Feeling down on her luck after everything goes wrong, a woman moves to scenic Jeju island, where she meets a carefree chef without much ambition."

An immortal being (Lee Seung Gi) is exiled to the human world without his powers! According to Netflix, "he finds himself at the mercy of a woman who can see otherworldly beings."

An irritable CEO (IU) who's fond of luxury runs a hotel for ghosts and helps their spirits move on to the afterlife. She recruits a young man (Jin Goo)—who happens to be terrified of ghosts— to become Hotel Del Luna's new manager.

BONUS: Can This Person Be Translated? (Coming Soon)

Nothing's set in stone yet, but the sisters are rumored to be working on a new show with What's Wrong With Secretary Kim producing director (PD) Park Joon Hwa.

Cake Or Ice Cream? You Don't Have To Choose With This Tres Leches Dessert