TRY: 9 Easy and Stylish Ways to Color Block Your Outfits, According to Celebrities|Read more »
Culture | By Cosmopolitan Philippines - Oct 31, 2021

Two of them are starring in the same tvN drama! 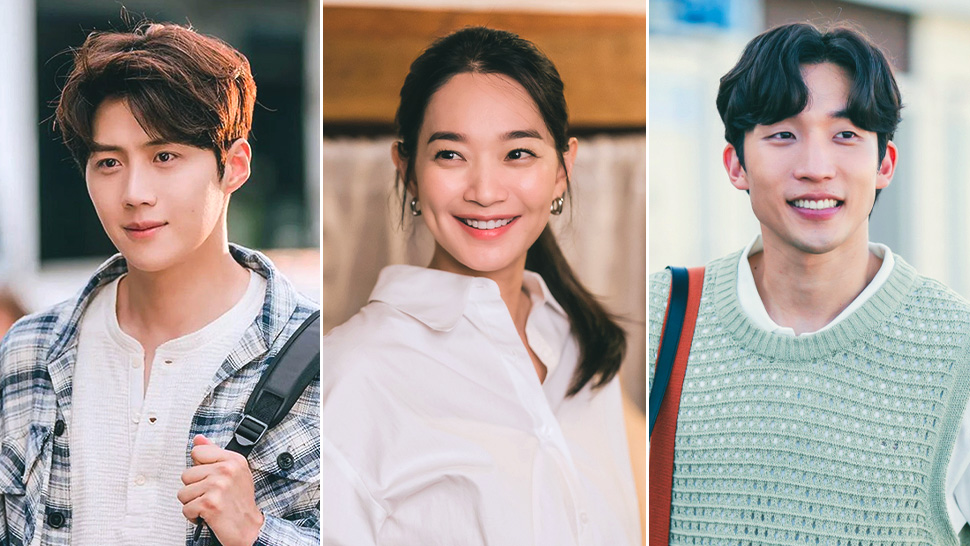 For almost three months, Hometown Cha-Cha-Cha took over our fangirl lives and it's probably one of the best things that happened to us this year! We laughed, we cried, we realized things—and most importantly, we were healed because of this drama.

That being said, we're not just thankful for the series itself but also for the actors, too. They portrayed their characters really well and we will always remember them as the rays of sunshine in the village of Gongjin. If you're wondering what's next for them, check out our updates below.

Our rom-com queen Shin Min Ah is currently busy with her magazine features and advertisements, as seen on her Instagram account. For her next K-drama, Min Ah will be working with her real-life (and very supportive) boyfriend of six years, Kim Woo Bin! The two will star in the series Our Blues which will air next year. The only catch is that they won't be playing an onscreen couple: Min Ah will be paired with Lee Byung Hun while Woo Bin's partner is Han Ji Min.

Kim Seon Ho was recently involved in a controversy and although he was reportedly removed from his two upcoming movies (2 O' Clock Date with Girls' Generation's Yoona and Dog Days with veteran actress Youn Yuh Jung), there seems to be a glimmer of hope for him. Some of the brands he's endorsing didn't pull out his photos on their SNS and one of his magazine interviews continued with their publishing. For an in-depth story on why Seon Ho can survive South Korea's extreme "cancel culture," you may click here.

ICYMI: Lee Sang Yi recently made a special cameo in Yumi's Cells as Yumi (Kim Go Eun)'s annoying ex-boyfriend! And if you haven't heard yet, he also made his singing debut as a member of MSG Wannabe this year. Up next on Sang Yi's growing portfolio: He will be starring in the musical A Gentleman's Guide To Love And Murder that will premiere next month.

After conquering the seaside village of Gongjin, Jo Han Chul will now begin his journey in the mountain! The veteran actor is currently part of Jirisan's powerhouse cast as Park Il-hae, a responsible park ranger whose goal is to always protect Mount Jiri and its visitors. Fun fact: This highly-anticipated drama is his third one this year under tvN! First, it was Vincenzo, and then it was followed by Hometown Cha-Cha-Cha.

Did you spot Kim Young Ok in the global phenomenon, Squid Game? She portrayed Sung Gi-hoon (Lee Jung Jae)'s mother in the thriller drama! And yes, it aired at the same time as Hometown Cha-Cha-Cha. Like Jo Han Chul, Young Ok is also a cast member of Jirisan as Lee Moon-ok, the grandmother of Seo Yi-kang (Jun Ji Hyun) who owns a restaurant in Mount Jiri.

Busy actor coming through: Kang Hyung Suk aka police officer Choi simultaneously appeared in Hometown Cha-Cha-Cha and Lost! In the melodrama which just wrapped up last October 24, he plays the co-worker of Jung Soo (Park Byung Eun) named Jun Hyuk. For his new project, Hyung Suk will be featured in the Korean movie We Go Together which is said to drop tomorrow in South Korea!

Apple Is Selling A Piece Of Cloth For P1190 And We're Confused, Too