JUST IN: Jinkee Pacquiao Is One Glamorous Ninang at a Wedding Wearing Accessories Worth at Least P10 Million|Read more »
Culture | By Cass Lazaro for Cosmo.ph - Mar 24, 2022 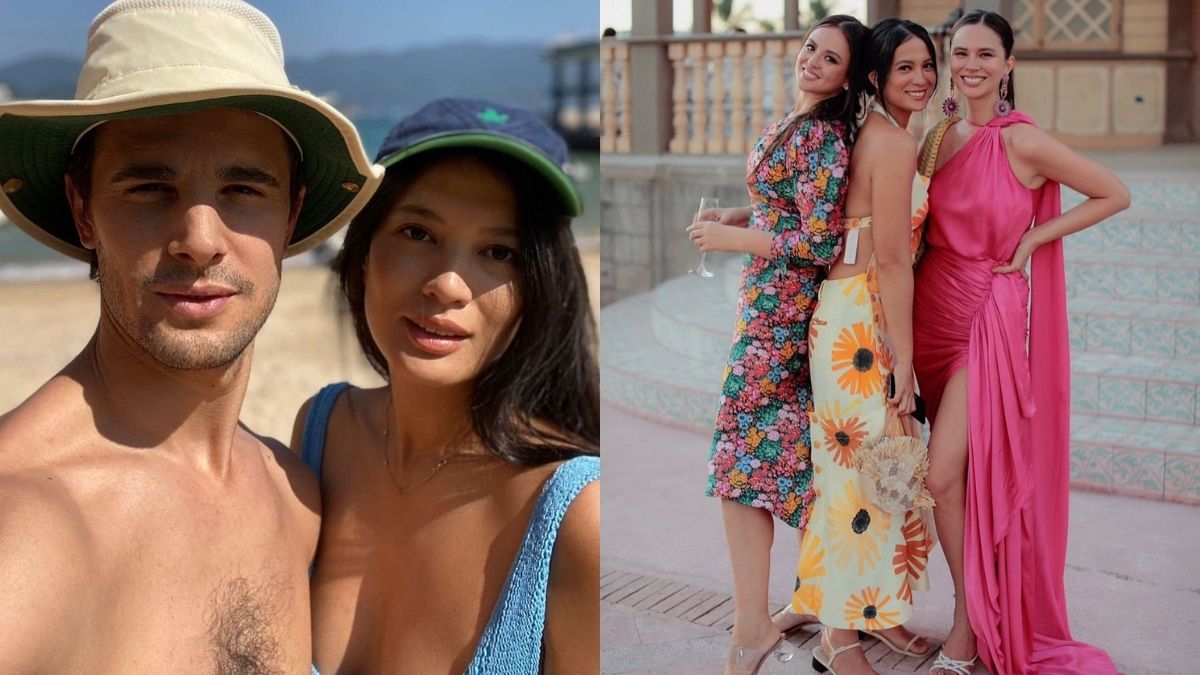 There’s no definitive formula for finding “The One”, but it might have to do with one's nationality for the It girls’ squad of Isabelle Daza. After all, they chose to get married to foreign men.

Perhaps it could be something they talked about as a barkada? Belle denies it, saying it’s purely just coincidental. “We all started off dating Filipinos, and then it just happened naturally that a lot of these ex-pats came to Manila, and then we liked them. But we didn’t go on like a foreign Tinder, and be like, ‘Oh, that French guy looks good, that Argentinian looks yummy,'" she explains on a conversation with vlogger Wil Dasovich.

When asked about the difference between dating Filipinos from foreign guys, Belle shared that the former is big on romantic gestures, which is the opposite of the latter department. “Western guys are less romantic and flowery in a sense that they’re very straight to the point,” she says, citing a case when her beau just directly asked her for what she wants on Valentine’s day. She adds, “They’re not gonna cover the ground with roses and basically layer it with chocolates and stuff. Whereas Filipino guys, [they’re] all about big, romantic gestures. That’s really sweet, too.”

As to what she prefers more? “I appreciate both. Sometimes I wish the Westerns would learn also but they’re very practical.”

It looks like her husband of five years Adrien Semblat rubbed off some of his practicality to Belle, who is definitely wary of her spending now. In 2018, she even revealed that she dresses her son Baltie in hand-me-downs from the sons of her fellow It girls Liz Uy and Georgina Wilson. She has definitely cut down her shopping budget too, now that she's a mom. "I definitely don't buy so much clothes now. It's more going into him," she said.

Blast from the Past: Isabelle Daza, Anne Curtis, and Fellow It Moms Went on a Girls' Night Out