SHOP: The Preview Beauty Bag Is Officially Here and It's the Ultimate Steal|Read more »
Culture | By Maura Rodriguez - Aug 3, 2019 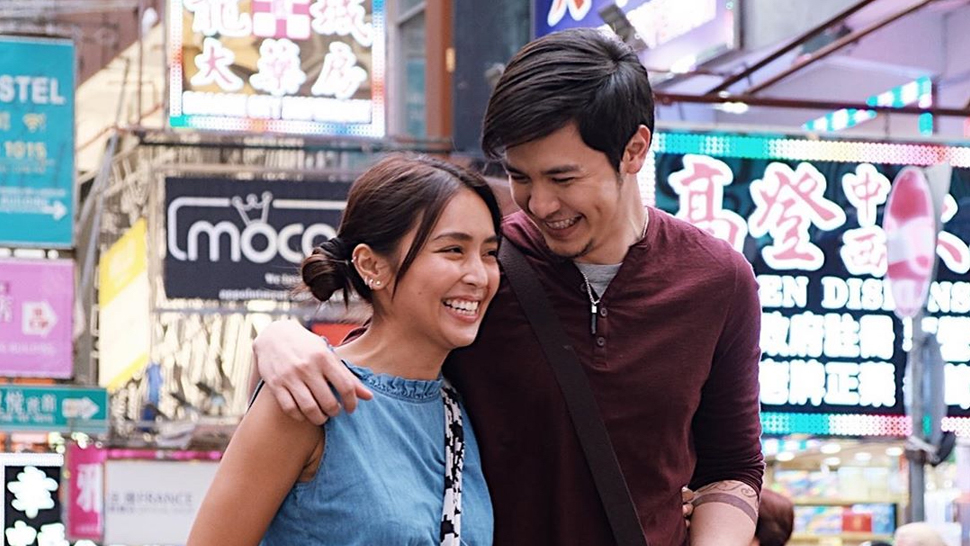 I’ll be honest: I’m not a fan of romantic films. There are a few I do like (Love Actually, Begin Again, When Harry Met Sally) but it’s been a while since I’ve seen a romance flick that I thoroughly enjoyed—especially a local one. The reason being most of these films fall into the trap of “kilig” clichés, overused “hugot” one-liners, and stories that we’ve seen and heard 10 times over (despite trying to be “unique”). Having said that, Hello, Love, Goodbye isn't one of them—instead, the film reinvents these clichés to create a refreshing, extremely grounded, and beautifully insightful movie you wouldn’t typically expect from a mainstream production.

In a nutshell, Hello, Love, Goodbye tells the story of two OFWs in Hong Kong. Joy (Kathryn Bernardo) is a domestic helper and workaholic trying to make ends meet to support her family back in the Philippines, while Ethan (Alden Richards) is a suave and carefree bartender whose family has resided in Hong Kong. The two meet at a bar and develop a connection due to an unexpected circumstance and are eventually drawn together by even unlikelier means.

The plot is fairly straightforward, but director Cathy Garcia-Molina has a lot of surprises in store for the audience from start to finish. The film has a clever and unique way of unfolding, and it takes you on this enriching journey that’s not made of fluff, not overly dramatic, and surprisingly pretty funny! I dare say, the film is all that and more.

Still not convinced if you should go see it? Read on below for more reasons to catch Hello, Love, Goodbye in cinemas.

Kathryn Bernardo and Alden Richards have great on-screen chemistry that will make you want to see more of them together.

As they say, you can’t fake chemistry–and Hello, Love, Goodbye works so well because its lead stars have plenty of it. Both Kathryn and Alden are capable actors, and in this film, they bounce off each other with such ease and skill. It was a great choice to cast them both since they’ve never met prior to do this movie and they seemed to have been hungry for a project of this caliber. In a way, they both brought out the best in each other’s acting, and it really translates on screen. There’s no single moment where the tension felt off or the timing of the dialogues were disjointed. They work so harmoniously together that even the pauses between lines seemed well thought out and almost perfect.

Kath and Alden made Ethan and Joy’s relationship feel real, and their attraction for each other seemed believable. It made me want to see more of them on-screen. It’s a pairing that deserves more screentime together—regardless if it's in the near or distant future.

The entire cast is great.

Whoever the casting director is needs to be commended. There is not one role here that should have went to another actor. Every single person fit their character and portrayed them to the T, just like Lovely Abella as the loudmouth bombshell friend Gina, Kakai Bautista as the nagging street smart Sally and the designated “tita” of the group, and then there’s Maymay Entrata who plays Joy’s probinsyana cousin Mary Dale. Not to mention, you’ve got Ethan’s friends played by Joross Gamboa as Jim, the smart ass waiter, and Jeffree Tam as Carlo, the underqualified bar manager. Each role was given to these actors with a lot of thought and consideration, as if they already knew that they would be able to fully flesh out their respective characters and portray them realistically.

The script is beautifully written and the story is so well-rounded.

It’s rare to find a film like this that’s both as dramatic and delicate as it is funny. There are so many instances where I was laughing more than I thought I would because the jokes and punchlines were timed and dropped so well. There were even intentionally corny hugot lines, but done with clever context. There’s no shortage of wits here.

Having said that, what also surprised me was how grounded the dialogue was. It’s probably a combination of how the lines were delivered and the actual script, but everything worked. None of the serious and tear-jerking scenes felt like they were staged or forced or campy. All of Ethan and Joy’s heart-to-heart conversations felt incredibly realistic and sincere as well.

It’s not just a love story.

Hello, Love, Goodbye stands out from its predecessors of the same genre by being a film that dared to expand its story beyond the main couple’s romance. I could not stress enough how fresh, timely, and important this fact is–that truly life does not stop because of a heartbreak, nor should it revolve around a newfound love. The film shows, quite realistically, how millennial relationships progress in this age of #LifeGoals culture and pursuing personal ambitions. Ultimately, falling in love isn’t the be-all and end-all.

Joy, most especially, is one of my favorite female characters on screen. She’s written with so much insight about the modern woman whose mindset is not boxed to “settling down.” It makes her different. It makes her this silent force to be reckoned with. Joy proves that you don’t have to be a bitter hugot queen to be a strong independent woman; you just have to know your priorities. It’s about time we get to see a young woman portrayed in this light in local mainstream cinema.

Lastly, it's also an OFW story, but I think it's unfair to box it into that specific context alone. It's a movie about the difficulties and complications of life–not just for overseas workers but for everyone. You don't need to be working abroad to resonate with these characters; you just need to be a human being who struggles with something–be it your job, family, or love life. At the end of the day, we all go through difficulties in life.

They could have done away with the couple montages.

I’m sure you’re familiar with those scenes in Pinoy films–imagine the lead characters frolicking in a beautiful location, and there’s this catchy song by a hit singer playing in the background. There’s still a bit of that in Hello, Love, Goodbye. It’s essentially unnecessary, but I also know it’s strategically placed in there because people get a kick out of it. In all honesty, though, the movie didn’t need it.

Definitely, yes! Coming from a romantic movie cynic, Hello, Love, Goodbye was a pleasant surprise that I thoroughly enjoyed from start to finish. I expected some corny scenes and one-liners, but there weren't any–the story, in fact, is quite an original. Overall, it’s a great film with a universal message about love and life. You’ll exit the cinema feeling a little wiser, and will possibly start seeing life with a little twinkle in your eye.

Kathryn Bernardo And Alden Richards On Career, Love, And Friendship