JUST IN: Jinkee Pacquiao Is One Glamorous Ninang at a Wedding Wearing Accessories Worth at Least P10 Million|Read more »
Culture | By Em Enriquez - Jun 10, 2022 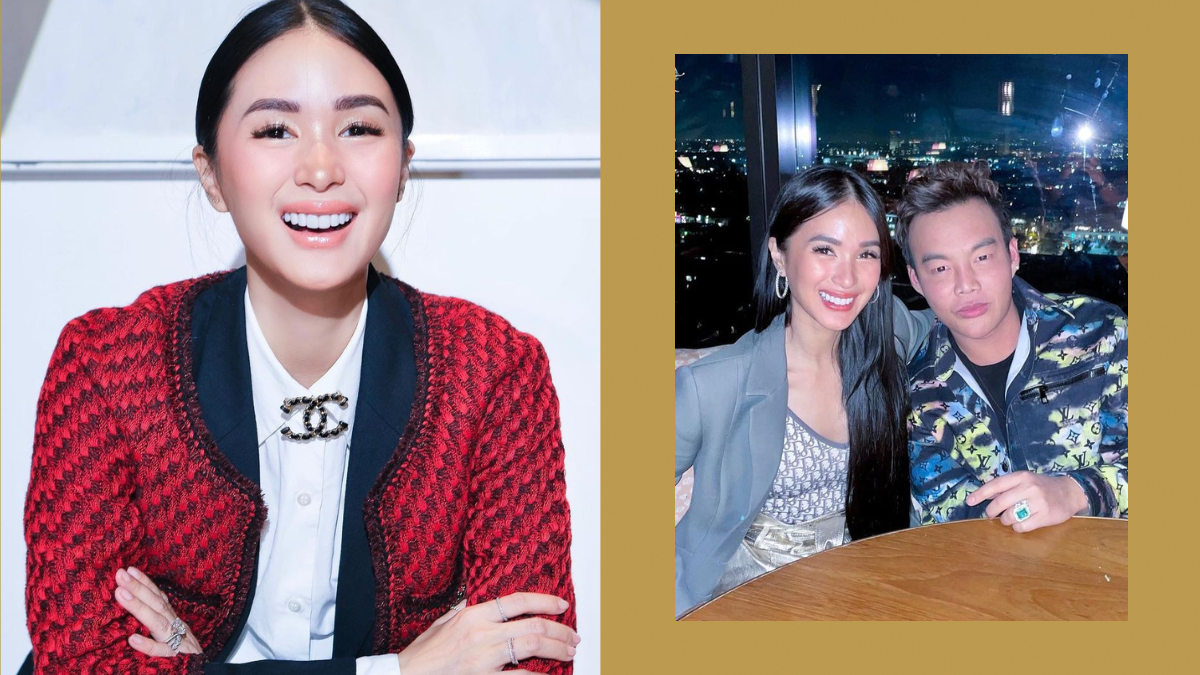 IMAGE Instagram/iamhearte
Kane Lim revealed what she was really up to in L.A. last year!

If you tuned into Bling Empire's second season in hopes of catching Heart Evangelista in an episode or two, you're not alone. It was only a couple of months ago when the reality show's cast seemed like they were dropping hints about the style maven joining them soon. Heart's trip to Los Angeles last December only further fueled speculations, as she was spotted hanging out with cast mainstays Kane Lim and Kelly Mi Li. Sadly, she made no appearance in the season's eight-episode arc.

Despite this, she's definitely still on top of the list of Filipino stars both Kane and Kelly wish to have on the program. In an exclusive interview with Preview, the reality show stars immediately mentioned Heart's name when asked about who they would want to join the cast in future seasons. "I feel like it's a rhetorical question, of course it's Heart!" Kelly quipped.

Not wanting to leave fans disappointed though, Kane spilled some info about what he and Heart were really up to together in L.A. "We actually... we shoot a lot, right? She was very kind to come up and shoot some things with us, something small. Whether it makes it to the final cut, it really depends. But I was very grateful that she took [some] time to fly to L.A. to be [a] part of this, but whether it makes it (or not), I'm so thankful for her help," he explains, possibly referring to some bits Heart did for the reality show.

He also goes on to mention an exciting project they have on the horizon. "I did something on the side with Heart, a movie! So that, for sure, she's in. I'm excited," he expresses. Yep, you read that right. Sooner or later, we can expect a film featuring Kane and Heart to premiere on our screens! OMG!

"Even if it's not this season [of Bling Empire], I'm sure in time we'll find something to do together. I'm sure [the] Philippines would be happy about [that] because she's really truly beautiful inside and outside," he adds. Heart herself shares this sentiment. When celebrity tabloid TMZ caught the two of them walking the streets of L.A. last year, she mentioned that whatever she was brewing with Kane would be "for the Filipinos."

With the cat out of the bag, Kelly only had the sweetest words for Heart, and was nothing but excited for whatever project she'll be sharing with us fans soon. "She's honestly so sweet, and such a real person. She did so much good as well for the community, and you know, just for our world," she says. "[I'm just] very, very grateful that [she became] part of our lives and [that we developed] a really sincere and genuine relationship with her." Awww!

We don't know about you guys, but we're just brimming with excitement to see what Heart has in store for us! We're keeping our eyes peeled!