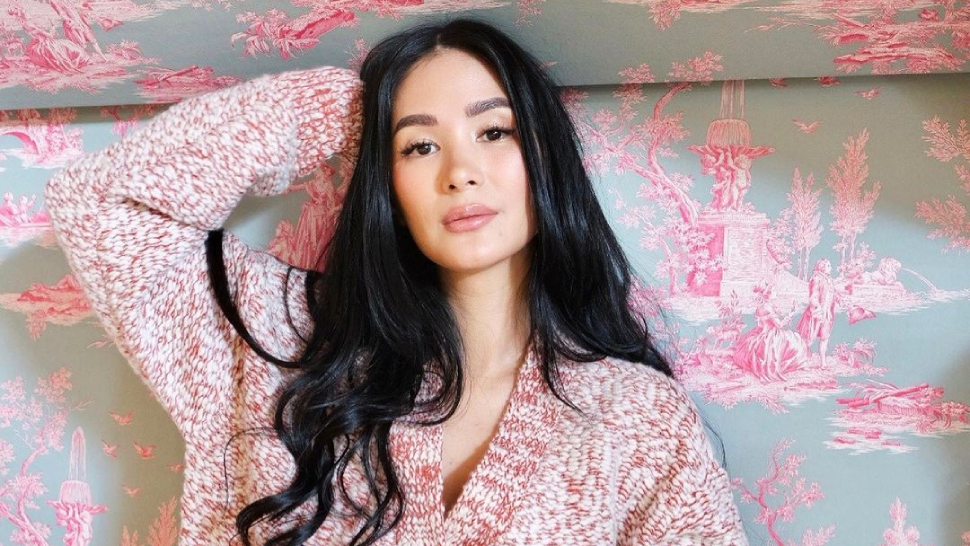 One look at Heart Evangelista’s Instagram account and you’d think the actress has always had it all. Despite being born into a well-off family though, (she’s the daughter of restaurant magnate Rey Ongpauco and Cecilia Ongpauco, FYI) that apparently wasn’t the case at one point in her life.

In a recent interview with Dra. Aivee Teo, Heart recounts hustling hard just to put dinner on the table back in 2007. The actress, at the time, had been starring in the ABS-CBN teleserye Hiram na Mukha, alongside TJ Trinidad and Geoff Eigenman. Before booking the show, she’d already separated from her parents and was particularly in bad terms with her mother. “I had to do this because I had no money at that time. It was super torture,” says Heart. “That was when I left my parents. It was my first time around so I had to start from scratch. Change lifestyle din ako.”

The TV series revolved around Heart as Clarissa De Leon, a girl ridiculed all her life for her deformed “monkey-like” face. She eventually exacts revenge from her bullies when she undergoes plastic surgery and reinvents herself as a beautiful woman named Alicia Roldan.

According to Heart, playing Clarissa was the hardest things she’s ever done. “Super prosthetics…Hirap kumita ng pera,” Heart recalls, noting how she had to keep the added fake skin on ’til 3 a.m. the next day. It even got to a point where she would have quit the part if only she hadn’t been struggling financially. “I called my manager. [I said] “I can’t do this anymore.’”

Heart also revealed that while shooting the soap, she barely had enough money to buy herself a meal. In fact, with only P30 in her ATM, her assistant even once had to treat her to dinner. “Si Ate Resty nang-libre sa’kin sa [Japanese] restaurant dahil wala akong pera,” Heart shares.

That said, for all her struggles, Heart held her ground and refused to give up because that meant having to give in to her mother. "My mom really wanted me to suffer so I’d go back to her. So talagang from all that comfort to nothing," she explains.

Don’t believe us? Watch the full video below and hear the story for yourself:

Fast forward to 14 years later, Heart is currently living the high life. She's now an entrepreneur, an artist, an award-winning actress, the ambassador to several brands, and the wife of former Senator and current Sorsogon Governor Francis "Chiz" Escudero. She's also since managed to reconcile with her parents.

Heart Evangelista Had the Best Reaction to the Video Parody Featuring "Ms. Hurt"

Heart Evangelista Just Got a New Pair of Designer Sneakers and It Costs P55,000

Shopping Habits To Avoid To Save More Money In 2021