Heart and Kane leave us more clues to keep us on our toes! 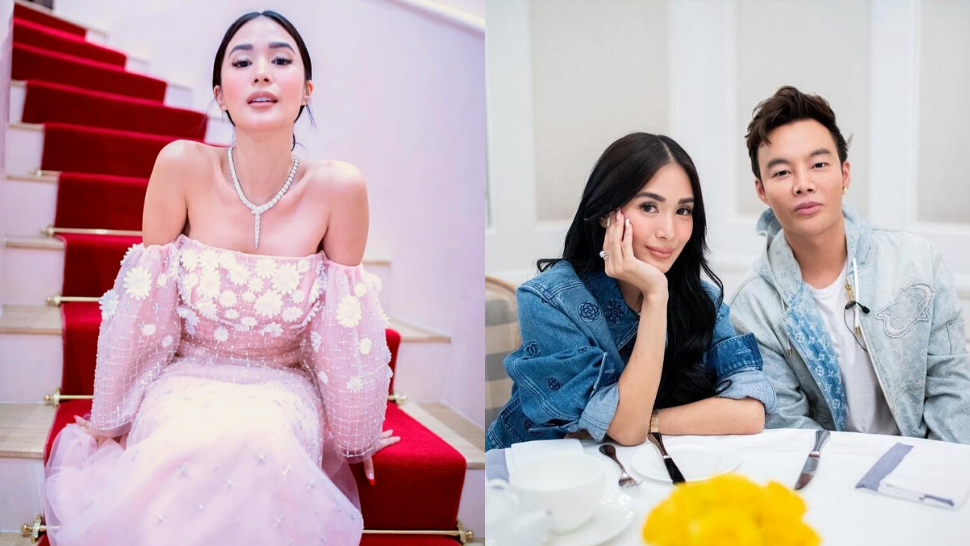 Yes, you read that right: Bling Empire, the Netflix series that shows the real world of crazy rich asians, is finally giving us more hints that Heart Evangelista will star in its upcoming season! In case you're out of the loop, the actress was spotted hanging out with Bling Empire star Kane Lim in the City of Angels. Though it happened over the weekend, it looks like the two are still sharing their memories on Instagram—leaving us with more proof to solve the puzzle pieces together!

Just when we thought that was all the evidence we can get for today, Heart continued to repost another IG story from a fan, in which it says, "OMG! Season 2! I'm ready!" with a photo from SOLID Kapuso Latest Updates' Facebook account. The final touch that made this proof literally solid is the fact that she also tagged Kane on the same story, too!

On top of these, Kane also reposted a friend's IG story that just completely confirmed it all for us. She shared her love for the Bling Empire family and then tagged Heart and Kane in it!

Speaking of the cast, Heart later shared Kane's remaining IG stories when they were still hanging out in L.A. Even with that short amount of time, the duo quickly became best friends—or should we say, the best bling buddies. Kane posts a group photo, then another with Heart about to leave. He captions the story with, "Miss you already!"

We zoom more into their friendship when he shares Heart eyeing a scrumptious strawberry cake as "Piece of Me" by Britney Spears plays in the background, "We want a piece a cake [laughing emoji]!" Honestly, we truly can't get enough of these super cute interactions!

In case you didn't know, past cast members Chèrie Chan and Jessey Lee confirmed that they won't be joining the next season last July. Admittedly, we can theorize that Netflix was on the hunt for the next crazy rich asian to join the show. With that in mind, it seems like Heart would ultimately be the perfect addition.

Though these proofs undeniably give us definite hope for Heart to appear in the Season 2 of Bling Empire, we have yet to officially get a confirmation from the streaming giant themselves. As we wait, we'll be here admiring the bling buddies just in case they post another adorable post together!