"Happiness" Is Number 1 on Netflix Right Now—Should You Watch It?

The zombie K-drama easily got everyone hooked as soon as it was released on the streaming site. 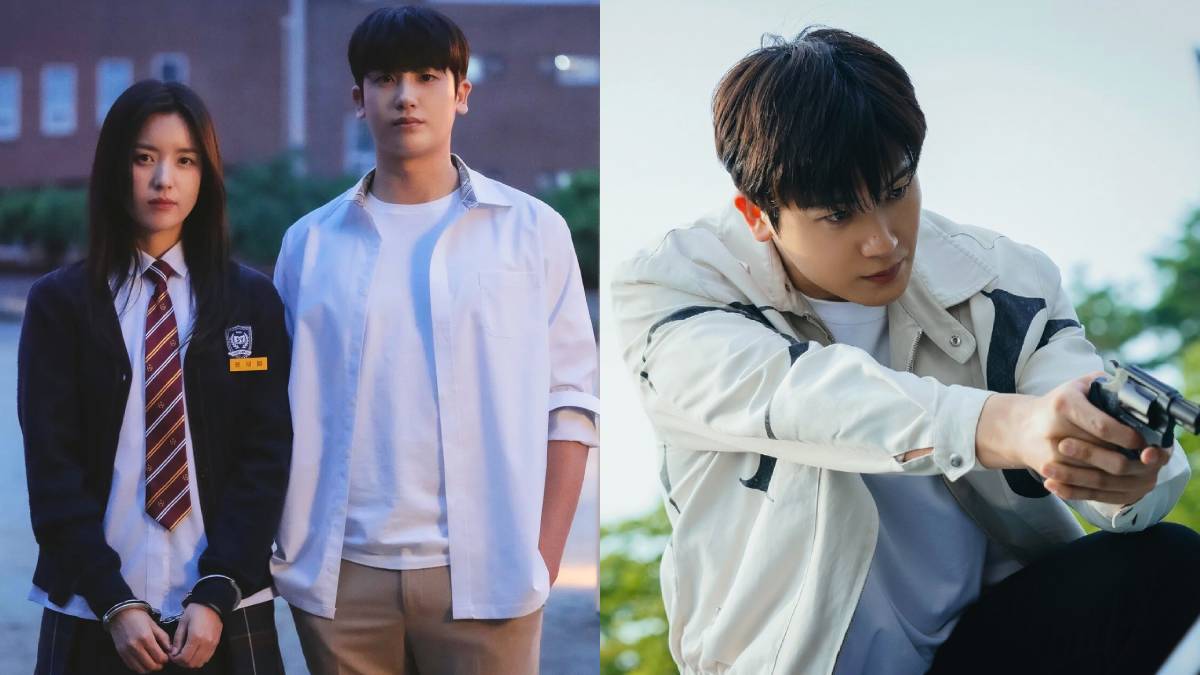 IMAGE Happiness/TVN
The zombie K-drama easily got everyone hooked as soon as it was released on the streaming site.
Shares
Share
Tweet
Comments

Netflix’s Top 10 list is often a snapshot of the trending movies and TV shows leading the conversations in today’s culture, from gripping K-dramas like Twenty-Five Twenty-One and Squid Game, to monumental TV series like Bridgerton and The Queen’s Gambit.

Ever since its release on the platform, the tvN apocalyptic thriller Happiness has quickly found a comfortable and consistent seat on the coveted number one spot, beckoning curious viewers to click play on its gruesome thumbnail. However, if you’re not the type to blindly venture into a new show just to ride the bandwagon, we’ve rounded up all the pertinent details you need to know about it below.

Everything You Need to Know About the K-Drama “Happiness”:

Happiness isn’t a new title to avid K-drama fans. The show premiered in November of 2021, and ran for 12 episodes until December 11 of the same year. If you’re still reeling from the teen zombie drama All of Us Are Dead, which dropped on the streamer two months after Happiness’ launch in Korea, then you might want to give this show a chance. Not to mention there’s also something for fans of the romance genre as its narrative employs one of the most popular tropes in the book: fake dating.

Set in a post-COVID-19 world, Happiness follows the calm yet headstrong Yoon Sae-bom, a member of the Special Operation Unit police squad. A determined woman who knows how to get what she wants, she enlists the help of her longtime friend, Detective Jung Yi-hyun, in order to secure a swanky apartment only rewarded to the best-performing officers in the police force.

Sae-bom eventually gets her own apartment, but she has to act married to Yi-hyun in the process while they play house as the perfect husband and wife. However, their fake marital bliss doesn’t last long when a failed COVID drug that’s been disseminated worldwide causes a zombie outbreak in their building. The pair quickly team up to contain the rabid virus within the establishment while protecting their neighbors from the bloodthirsty undead.

Seasoned actress Han Hyo Joo leads the charge as Yoon Sae-bom, a quick-on-her-feet special agent who uses her smarts to protect the residents of her new apartment building. Hyo Joo is both a TV and movie star, best known for her performances in shows like W and Iljimae, and films such as The Beauty Inside and The Pirates: The Last Royal Treasure.

Acting opposite Hyo Joo is Strong Woman Bong-soon star Park Hyung Sik. This drama marked his first acting project since his military dishcarge. Hyung Sik plays Hyo Joo's other half in the show, Jung Yi-hyun. Once an unruly student in his high school days, Yi-hyun turns a new leaf when he realizes his attraction to Sae-bom in their teens. Though his feelings remain unrequited, he agrees to Sae-bom’s marriage ploy so he can be closer to her and ensure her safety.

Jo Woo Jin rounds out the main cast as the intelligent yet austere Han Tae-sok, a lieutenant in the military, hell-bent on finding the cure to the zombie virus for his own personal reasons.

As Happiness catapults atop global Netflix charts, OG fans couldn’t help but express their delight over the otherwise niche show’s shot at a “second” run.

However, some viewers shared their disappointment considering some scenes from the drama were removed from its Netflix version. FYI, the full uncut episodes of Happiness can only be streamed on Tving, a platform accessible only in South Korea.

What the Critics Are Saying

While its initial ratings on tvN left more to be desired, Happiness received favorable reviews from international critics. Compared to its similarly-fashioned predecessors #Alive and Sweet Home, viewers praised its more hopeful and unique take on the saturated Korean zombie genre. Instead of completely turning into ravenous monsters, the infected in the story teeter the line between the undead and their humanity, only losing themselves in bloodthirst in occasional bursts. This then poses a moral quandary on whether the government should treat the virus-ridden patients as targets to be killed or merely ill humans that need saving.

Of course, not everyone found Happiness all that enticing. Some viewers lost interest by its first few episodes due to the script’s “poor pacing” that might render the show as boring and tedious for impatient fans used to the frantic storytelling of K-dramas like All of Us Are Dead or Kingdom. Complaints are also abundant over the characters’ seemingly nonsensical decisions in attempts to stir drama for the show.

Whether these drawbacks can be salvaged by other elements of the series remains open to interpretation, but for those with a penchant for a good romance, the lead pair’s love story might just get you to hit play. Although Happiness is packaged as a zombie thriller, SCMP writer Pierce Conran singled out Sae-bom and Yi-hyun’s “will-they-won’t-they romance” as one of the most satisfying aspects of the show. In particular, he commended the pair’s long-held climactic confession, calling it, “one of the most convincing romantic displays of the year, packing more real feeling into a brief scene than most of this year’s Korean romantic comedy or melodrama series could muster in entire seasons.”

Watch the full trailer of "Happiness" below:

Did You Know? Kim Tae Ri Is A Lot Older Irl Than Her Character In "twenty-five Twenty-one"