By any chance, are you on #TeamSeoJun too? 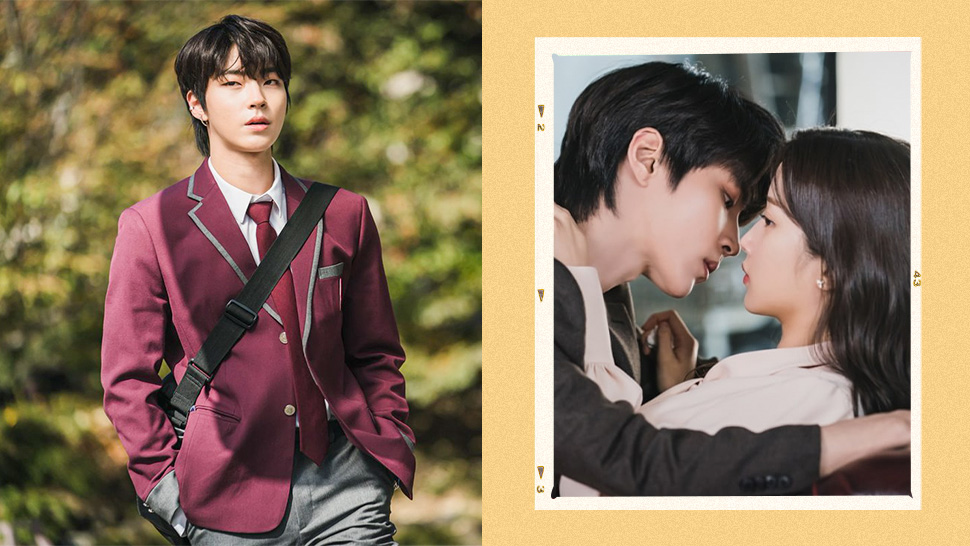 True Beauty’s 13th and 14th episodes just aired last week, and it only means one thing–we’re just a few episodes away from unlocking the identity of Lim Ju-gyeong’s (Moon Ga Young) one true beau. The series is nearing its end, and we simply can’t ignore Ju-gyeong’s affection towards the dashing first lead, Lee Su-ho (Cha Eun Woo). We have to admit Su-ho is the full package–he's handsome, kind, rich, and smart. Then again, while there’s no question why he's Ju-gyeong's first love, are we the only ones fangirling over every scene Ju-gyeong has with second lead, Han Seo-jun (Hwang In Yeop)? Admit it, you can totally relate.

Despite the odds here are five reasons why we’re still rooting for Seo-jun anyway:

1. He’s a bad boy on the outside, but a genuine softie on the inside.

Beneath his tough facade, there lies a heart of gold, especially for the women in his life–his mother, his sister, and his ultimate crush, Ju-gyeong. Seo-jun is a family-oriented and compassionate young man. Case in point, he carefully looked out for his mother throughout her hospital confinement as she recovered from surgery. He also plays the role of a loving, supportive, and protective older brother to his one and only little sister.

Of course, he not only possesses a soft spot for his family, but also for his love interest, Ju-gyeong. This amazing duo shares the cutest moments together, and they just effortlessly make us swoon with their impeccable chemistry! The way Seo-jun looks at her is definitely heartwarming, and not to mention he stopped riding his motorcycle for her too! Need we say more?

He knows it when Ju-gyeong's not okay, and he’s always ready to drop everything for her. Whether it be at the bus stop, at school, or at a cafe, just as long as Seo-jun’s around, you can bet Ju-gyeong has got a shoulder to lean on and cry to. He even tries to mess with her and joke around to lighten the mood whenever she’s feeling under the weather. Despite doing so, we can still see the pain and worry in his eyes whenever he sees Ju-gyeong in a sad disposition, which definitely shows how much he truly cares for her.

3. He takes pride in his own set of charms and talents too!

Who could forget Seo-jun’s now viral “Okay Dokey” scene, complete with a topless Hwan In Yeop dancing around in jaguar boxers? Absolutely priceless! This, along with his compelling visuals, exceptional vocals, and dynamic moves just prove to us that Seo-jun’s got it all too! In case you forgot, he’s a former idol trainee as well!

4. He respects the "Bro Code" even when he's not on good terms with Su-ho.

When asked to choose between love and friendship, Su-ho chooses love. However, in Seo-jun’s case, he chooses to save a distant friendship with an old friend. Upon finding out about Ju-gyeong’s true feelings for Su-ho, Seo-jun takes a step back. Though difficult to accept, he doesn't let his feelings get in the way, and wishes for their happiness instead. Heck, he even reassured Ju-gyeong with the line “Don't worry, Lee Su-ho isn't the type to break your heart.”

After everything he’s done for Ju-gyeong as her friend, we can’t imagine how much sweeter he’ll act around his actual girlfriend. In a recent episode, he even said, “When I get a girlfriend, I save them as something mad sweet, like ‘my love, my baby, princess,’ things like that, with hearts too.” He also added “If I had a girlfriend, I’d want to brag about her and tell everyone.” Who wouldn't want to find someone who would treat you as dearly as Seo-jun looks out for Ju-gyeong?

What Exactly Is A Candle Warmer And How Does It Work?