SECRET IS OUT: The Popular Beauty Products You Can Find in the "Hot Girl Tote Bag" Tiktok Trend|Read more »
Culture | By Kim Alexine Victoriano and Jam Nitura - Jan 14, 2022

Much like her character on "The Penthouse," she has a twin sibling in real life too! 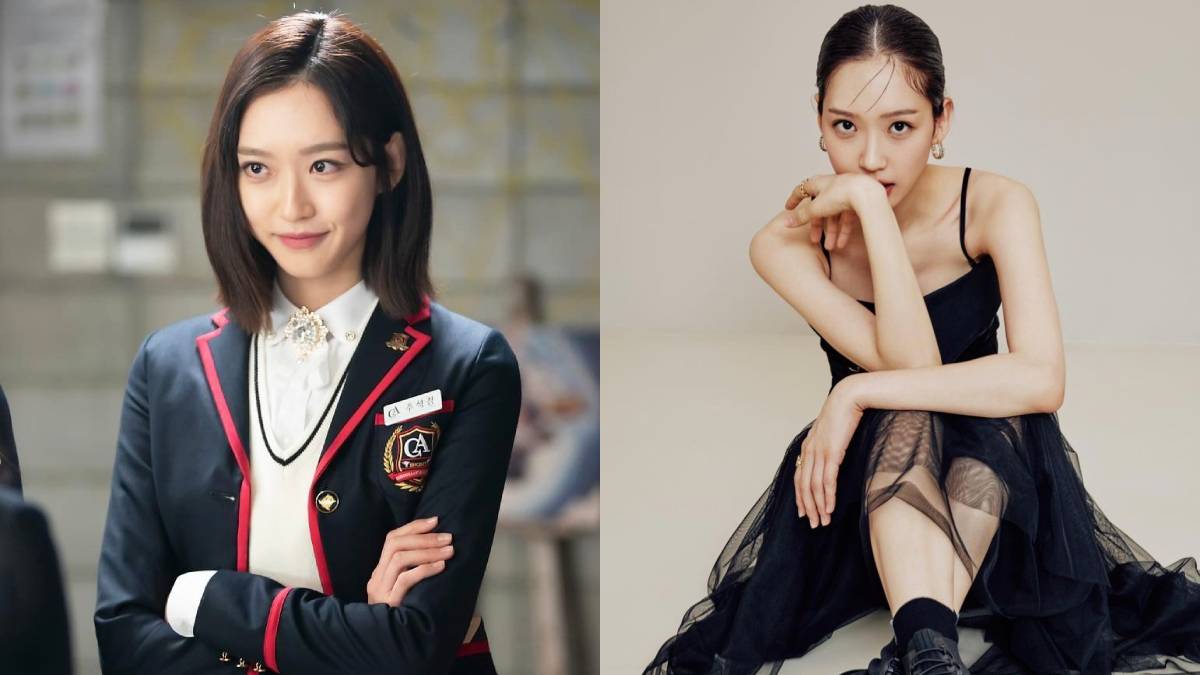 The Penthouse has recently been added on Netflix and it’s no surprise the show’s already made its way into the Top 10 list of most watched shows in the Philippines. We mean, with its over-the-top, and even sometimes, wildly unbelievable storyline, and an equally outstanding cast to match, it’s hard not to get addicted to this award-winning K-drama.

In a story about the rich and powerful, the archetype of the wealthy and popular high school “mean girl” is nothing new. Truth be told you might even be bored of it already, but actress Han Ji Hyun—who plays the role of the cynical Joo Seok-kyung in the show—just fits the bill so perfectly that we wouldn’t mind watching the trope play out in her hands. Curious to know more about the actress behind the sassy and quick-witted character?

Here are 10 things you should know about Han Ji Hyun:

2. She has a twin brother

Just like her character in The Penthouse, Ji Hyun has a fraternal twin brother in real life! Her brother’s name is Han Seung Soo, a model who was born two minutes after Ji Hyun, making her the older twin. If you’re curious to see more of their close bond, you can check out her brother’s Instagram @hanseungsoo321.

3. She's loved acting ever since she was a student

In an excerpt from her interview with Cosmopolitan Korea, Soompi reports that she realized she wanted to act while performing in school. Tha actress explained, “[While performing], my entire body shuddered for about 0.3 seconds. How can I put it? I felt so excited that my entire body trembled. It was so thrilling. That was when I started to love acting.”

4. She was accepted in 6 universities

Talk about beauty and brains! At the height of The Penthouse's fame in Korea, an old video of Ji Hyun was posted by her previous school. Here, she explains how she managed to pass the entrance exam to a whopping six universities! "The reason for my success was that I knew my shortcomings and never gave up and tried my best," shared Ji Hyun in the clip.

Insight Korea notes the feat is even more impressive considering she only started acting in high school. The schools she got into are the Korean National University of Arts, Chung-Ang Unversity, Dongguk University, Sungkyunkwan University, Sejong University, and Seoul Institute of Arts.

Ji Hyun first debuted in 2019 after being cast in the melodrama The Wind Blows, landing a supporting role as Lee Sun-kyung. She starred alongside actors Kam Woo Sung, Kim Ha Neul and even Kim Sung Cheol, whom you might know as PD Kim Ji-ung in Our Beloved Summer.

After wrapping up the drama, she won the role of a lifetime as the vindictive Joo Seok-kyung in The Penthouse: War in Life, wherein she gained significant recognition portraying the rich and popular high school mean girl.

6. She won a Best New Actress award for “The Penthouse”

Yep, this rookie actor actually already has three trophies on her mantel, including two from the Brand Customer Loyalty Award and the Brand of the Year Awards. In the recent 2021 SBS Drama Awards, Ji Hyun was hailed Best New Actress for her iconic role in The Penthouse. She shared the coveted title with her series co-star Choi Ye Bin and their fellow rising actress Roh Jeong Eui (Our Beloved Summer).

The stellar young actress was recently cast in the lead role of an upcoming drama titled Cheer Up and will be playing the role of Do Hae-yi. Not much has been revealed about the plot but it will reportedly center on a once great university cheer squad on the verge of collapse.

8. She wants to play more antagonistic roles in the future

It looks like Ji Hyun definitely enjoyed playing her sassy character in The Penthouse. In an article on Soompi, when asked about what roles she looks forward to trying in the future, the actress shares, “I want to play a nice character one day, but I think I can try that later. Now I want to play a more lively, fun, and bouncy role. I really want to star in a historical drama, especially as a villain.”

9. She is managed by SBD Entertainment

Before she debuted as an actress, Ji Hyun started out as a model. Since 2017, the actress has been managed by South Korean agency SBD Entertainment.

When she’s not busy with acting, you can catch Ji Hyun posting pictures of her adventures with her friends, or even behind the scenes content from editorial shoots on her Instagram @hanjiji54.

Did You Know? Andrew Garfield Was Once Rejected For A Movie Because He “wasn’t Handsome Enough”