Did you know she was in a K-pop girl group? 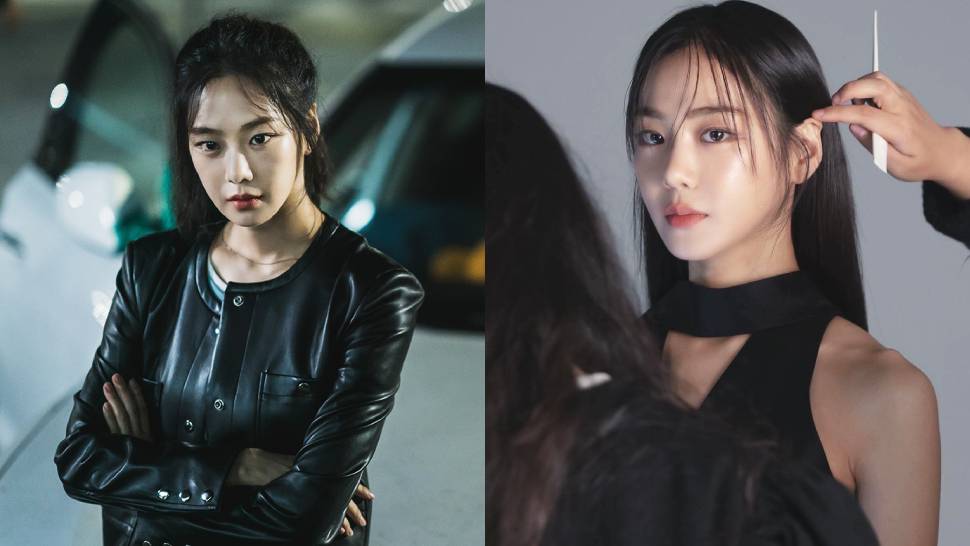 IMAGE Bad and Crazy/TVN, INSTAGRAM/hanjieun0603
Did you know she was in a K-pop girl group?
Shares
Share
Tweet
Comments

Chances are that you've already been acquainted with Han Ji Eun. Apart from her leading roles in Be Melodramatic and Lovestruck in the City, the K-actress also appeared in the iconic blockbuster film Miss Granny, and one of the highest rating K-dramas of all time 100 Days My Prince.

Signing on a string of new projects—and top-billing them at that!—Ji Eun may well be on her way from being just a familiar face to becoming a household name. With over a decade of experience in the industry, as well as passionate commitment to the craft, she's now rightfully taking on a bigger chunk of the spotlight, and we're all definitely excited to see more of her.

Get to know more about this rising star! Here are 10 things you need to know about Han Ji Eun:

2. She majored in Broadcasting and Entertainment.

An alum of Dongduk Women's University, she opted to take a course that would prepare her for her future career. Suffice to say, she always wanted to be an actress even if her parents weren't so keen on the idea.

A horror anthology film that premiered in the 2009 Busan International Film Festival, Be With Me follows Seo-hee, Nam-hee, and Lan as paranormal events unfold after they play with tarot cards and chant a spell. Ji Eun appears in Tarot 3 alongside top actors Lee Jong Suk and Lee Je Hoon, wherein Lan and her friends go inside an abandoned school building.

In 2013, Yoon Story Entertainment launched the K-pop group Heart Rabbit Girls, and Ji Eun was one of its five original members. It was a very brief stint as the group was ultimately re-shuffled by the end of that year. Although her time as a K-pop Idol was shortlived, everything eventually fell into place as she landed parts in two shows, and three movies (including Miss Granny!) in 2014.

Headlines broke in 2015 when Ji Eun beat 4200 other actresses for her role in the action-thriller Real. She opened up in an interview about her experience on set and how surreal it still felt to get the part. She also cleared that she was still “able to do it comfortably” once her nerves subsided.

Top-billed by one of the highest paid Hallyu actors Kim Soo Hyun, the much-anticipated film, though panned by critics, went on to become a sleeper hit.

6. "Be Melodramatic" helped her rise to fame.

The 2019 romantic comedy Be Melodramatic, which also stars Jeon Yeo Bin and Chun Woo Hee, tells the story of three friends working in the entertainment industry. All in their 30s, they go about their daily lives trying to balance careers and relationships. Attributing the show's positive reviews to its relatable plot, Ji Eun shared, "Many people said it was their ‘life’s drama,’ and it’s the same for me."

Here, Ji Eun portrays one of the leads, single mother and go-getting marketing director Hwang Han-joo. Just like her character, Ji Eun is also unrelentless in pursuing her dreams. "In order to consistently show good acting and develop, it is important to do my part properly," the actress once said in an interview.

7. "Bad and Crazy" is her first full-scale action assignment.

Playing the role of Detective Lee Hee-kyum, a skilled, national team-level judo-fighting cop, meant that scenes would get physical for Ji Eun, and she made sure to give this action-oriented persona her all. "When you do the action you practiced hard at the action school on the spot, the feeling of pleasure is exhilarating,” she shared.

It wasn't all serious business while filming though! Lee Dong Wook shared, "Ji Eun has been dubbed the chatterbox of our set, and whenever I talk to her, I find myself thinking, ‘Wow, she’s really cheerful.'"

Apart from going to the gym to keep fit, Ji Eun has also dabbled into Aerial Yoga in Inside Yoga Korea. Here, she was taught by Korean Lululemon Ambassador Lucia, who only had the best things to say about the leading lady. No wonder she could keep up with the rigorous demands of Bad and Crazy!

9. She would love to work with Hallyu veterans Lee Byung Hun and Song Kang Ho.

Asked in an interview which actor she'd like to work with, Ji Eun mentioned industry heavyweights Lee Byung Hun and Parasite actor Song Kang Ho. Ever so humble, the talented artist even said, "It's not that I want to work as a co-star, but I think I'll be grateful just to act together on set." At the rate her ascent is going, we're pretty sure it's just a matter of time before she gets to share the spotlight with these superstars.

Did You Know? These Are The Most Expensive Cities To Live In This 2021