DID YOU KNOW? Marian Rivera and Dingdong Dantes Have Matching Couple Tattoos|Read more »
Culture | By Em Enriquez - May 1, 2022

She's starred in a show based on the Bourne film series. 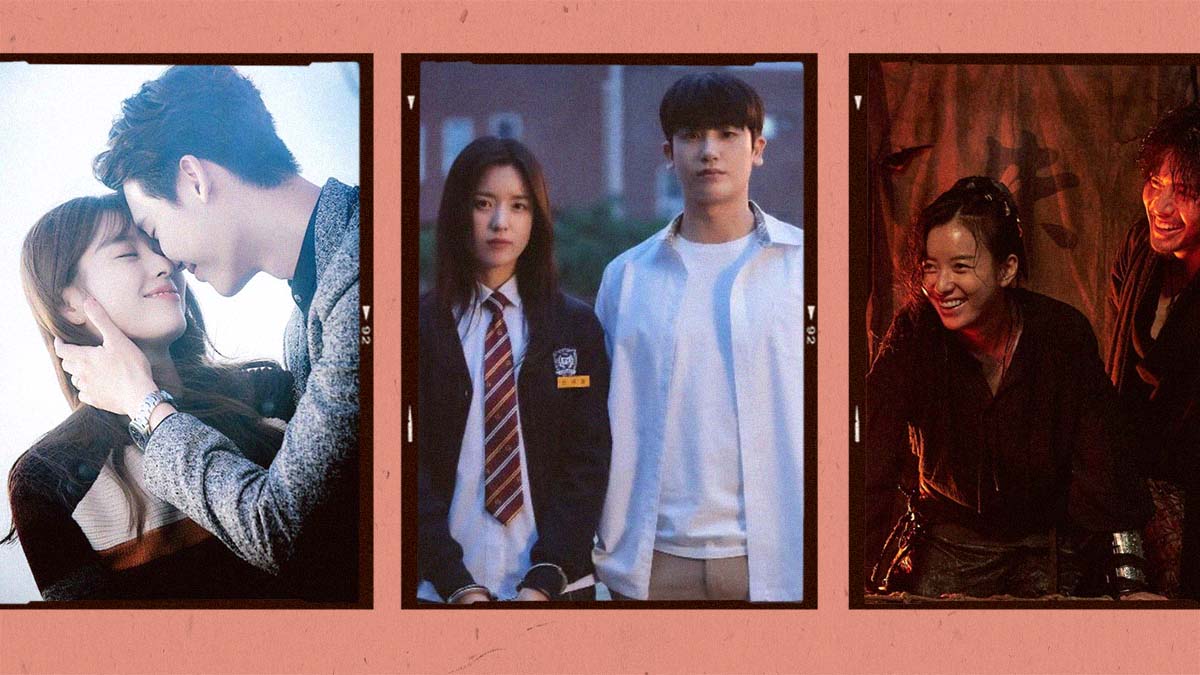 Everything you need to know about Han Hyo Joo can be inferred from her body of work. With a career spanning almost two decades, the 35-year-old leading lady has proven just how versatile her acting chops are. We've seen her as an empress in period dramas, a girl-next-door in rom-coms, and as of late, a skilled police officer on Happiness. There are a lot of tricks up Hyo Joo's sleeves, and us K-drama fans have the pleasure of seeing her exhibit all of them.

It may be tough to pick favorites, but we managed to do so. Below, we curated nine shows and movies of hers that you simply cannot miss.

In what's considered her breakout role, Hyo Joo plays Park Eun-young, a simple girl who lives on the island of Chungsan with her mom. One day, an eccentric young boy named Lee So-ho arrives with his conman father. Eun-yong and him initially form a bond, but their interactions are cut short after So-ho and his dad suddenly flee.

Years later, Eun-young finds herself in Austria, and she meets a talented pianist named Yoon Jae-ha. With each press of the keys, Jae-ha's tune starts to sound a little familiar to Eun-young.

After losing both of their parents, Go Eun-sung (Hyo Joo) and Go Eun-woo get kicked out by their selfish stepmother. Eun-sung's streak of misfortune continues as she gets seperated from Eun-woo.

Despite these challenges, her gusto leads her to work at a couple of odd jobs, and to help an eomma in distress, who turns out to be an owner of a big food company. She gets invited to live with her and even earns a big position at their company, much to the dismay of the older woman's spoiled grandson, Sunwoo Han.

This historical drama chronicles the real-life story of Royal Noble Consort Suk of the Haeju Choe clan during the Joseon dynasty. Hyo Joo plays her in the titular role, as a once lowly water maid who was selected as King Sukjong's concubine and, later on, the mother of Joseon's next ruler.

Hyo Joo stars in this fantasy-romance as Oh Yeon-joo, a surgeon who goes looking for her father, Seong-moo. She heads to his office and notices that his computer is still on, with the final chapter of W, the title of Seong-moo's famed webtoon, still unwritten. By a bizarre turn of events, she gets pulled into the comic world and gets involved in the affairs of Kang Chul, the main character of W.

Making her Hollywood debut, Hyo Joo portrays Soyun Park, a CIA sleeper agent who's gone through behavior modification, and now gets "reactivated." Across the world, other agents awaken and manifest their superhuman assassination skills for one more deadly mission.

Yoon Sae-bom (Hyo Joo) is a police officer who knows what she wants and will do whatever it takes to get it. In order to secure an apartment exclusively reserved for the top-performing people in their unit, she taps long-time colleague Jung Yi-hyun to be her pretend-husband. Things take a drastic turn when zombies infest the building, forcing the two to find ways to survive.

In a role that earned her two Best Actress awards, Hyo Joo plays Lee Bo-kyung, a young girl who gets dragged to the countryside by two boys who believe she's the daughter of an ailing father. While she isn't who they think she is, Bo-kyung plays along and helps grant the elderly man's dying wish of seeing "his child" again.

On the morning of his 18th birthday, Woo-jin rises from bed and gets startled by what he sees in the mirror. Some inexplicable phenomenon makes him take the form of different people every time he wakes up (stars like Park Shin Hye and Park Seo Joon portray him on some occasions).

One day, Woo-jin runs into Yi-soo, played by Hyo Joo, and quickly grows fond of her. The only problem is, she thinks she's speaking to a new person every time they interact.

A spiritual sequel (a.k.a. a project that's inspired by a previous movie, but doesn't necessarily continue the original storyline) to the 2014 film, this action-thriller follows a slew of pirates traversing the seas in search for royal gold. Hyo Joo brings to life Hae-rang, the steadfast owner of the ship.

Did You Know? This Teenage Boy In "juvenile Justice" Is Actually A 27-year-old Actress