WATCH: Sassa Gurl Shows Us How to Achieve Her Signature "Hotdog" Blush|Read more »
Culture | By Mia Rodriguez for Spot.ph - Jul 16, 2020

The actress passed away at the age of 33. 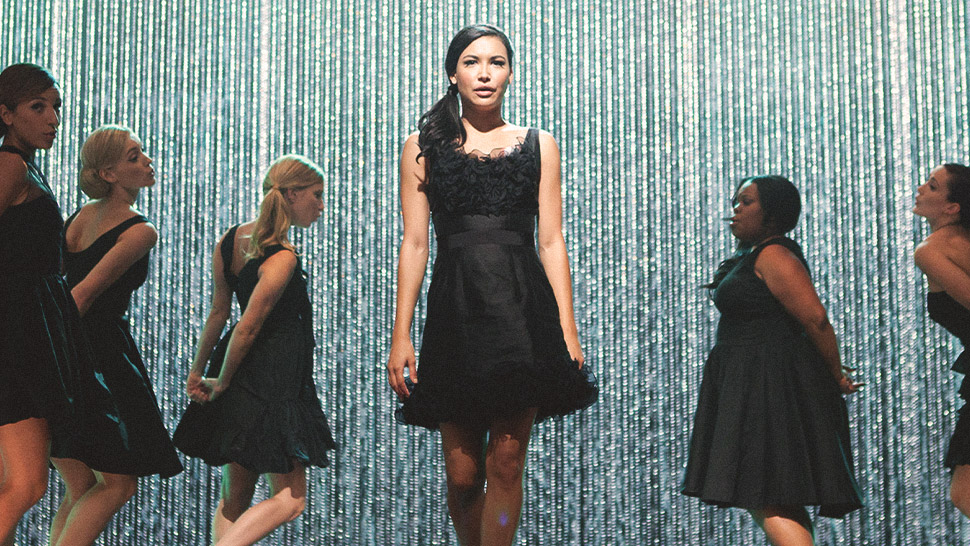 The body of Glee star Naya Rivera has been found in Lake Piru, California nearly a week after she was first reported missing. Rivera, 33, is believed to have drowned while swimming with her son; The four-year-old was found safe but floating alone in the boat by others. No foul play or suicide is suspected.

Needless to say, the news has everyone shocked. Her Glee co-stars have taken to social media to express their grief at having lost a friend so suddenly. Darren Criss, who played Blaine Anderson on the show, called Rivera a "wild, hilarious, beautiful angel." The description is an apt one for Rivera, who played Santana, a feisty, ass-kicking woman who was one hell of a role model for queer teens—and kids in general—at the height of Glee's popularity.

Santana Lopez may have started out as a minor character, but she became a primary player as the show progressed. Her complicated character arc and the deep relationships she cultivated with her fellow McKinley High students—especially Brittany (Heather Morris), fellow cheerleader and soulmate—have made Rivera herself a part of many fans' teenage years. To honor the actress, we round up some of her most memorable moments and performances as Santana Lopez on Glee.

Here are the best moments of Glee's Santana Lopez:

This episode tackled the real life death of Cory Monteith, who played Finn Hudson on the show. Santana barely makes it through her cover of If I Die Young and is comforted by Chris Colfer, who played Kurt Hummel.

The complicated relationship between Rachel Berry (Lea Michele) and Santana comes to a head in this episode. Santana does her own epic rendition of the classic Don't Rain on My Parade which was also done by Rachel in that performance for sectionals in Season 1 (arguably much simpler times).

At this point in the show, we all knew Santana Lopez was a force to be reckoned with—but her vocals for Valerie cemented her in our collective memories forever.

In the moment that solidified her strength as a lesbian character, Santana Lopez comes out to her beloved abuela—with not-so-ideal results. The painful parting had us all crying for her character, and we're sure some of you related deeply and were maybe even pushed to take the same risk she did.

In probably the best singing duet-slash-duel to come out of Glee or any show ever, really, Santana battles Sebastian Smythe (Grant Gustin), new captain of rival choir Dalton Academy Warblers, in an epic cover of Michael Jackson's Smooth Criminal—set to two cellos, no less.

What do you get when you put two powerhouses, Santana and Mercedes (Amber Riley) together? An unforgettable cover of River Deep, Mountain High, that's what.

In a tender cover of Songbird, Santana tries to get Brittany to understand her feelings while struggling inside to come out. The stripped back version was a step in a different direction for the diva-esque Santana, and one that really let her inner turmoil shine through.

In arguably her most heartbreaking performance on the show, Rivera's character professes her love to Brittany through Fleetwood Mac's Landslide. It is another of Santana's more tender and definitely unforgettable moments—with Gwyneth Paltrow as Holly Holiday by her side, too.

Santana and Brittany's relationship ended where it all began—with this cover of  Mine in the choir room. This bittersweet song marked the end of high school for them and the start of a journey on separate paths.

Honestly, don't come for Santana—you will lose. This cover of Adele's hits Rumour Has It and Someone Like You brought Rivera's vocal talents and presence to another level. Battling stigma and the rumour mill, Santana's emotions at an all-time high, Rivera gave what is hands down her best performance on Glee.

How To Make Delicious Guilt-free Cookies Using Only 3 Ingredients