WATCH: Sassa Gurl Shows Us How to Achieve Her Signature "Hotdog" Blush|Read more »
Culture | By Hannah Tamandong for Cosmo.ph - Jan 8, 2021

So much has changed but their beauty remains the same! 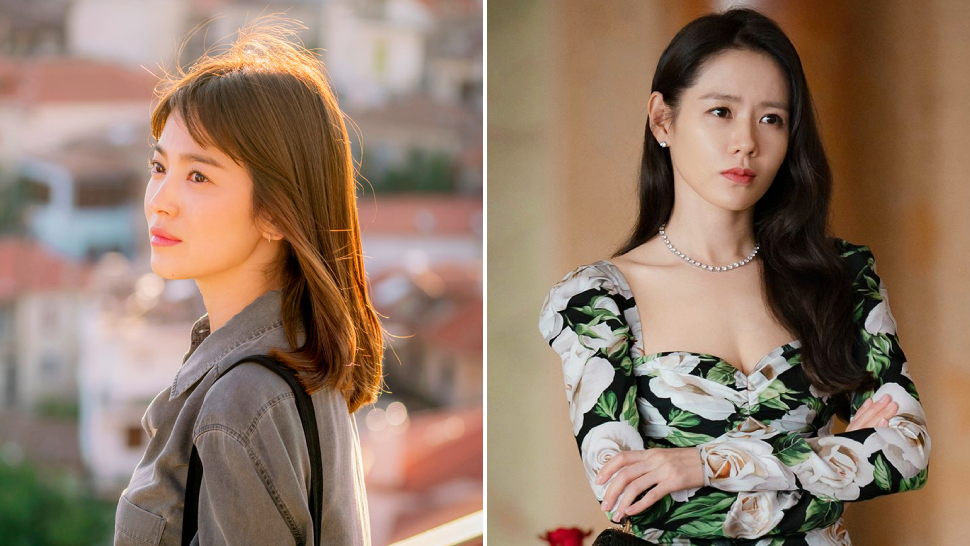 IMAGE Descendants of the Sun/KBS, Crash Landing on You/TVN
So much has changed but their beauty remains the same!
Shares
Share
Tweet
Comments

Hi K-drama fans! Do you also have a list of your ultimate fave actresses? Because same. So we've decided to do a bit of research and talk about our fave Korean actresses and their first major projects and roles.

We know you totally loved the male version of this story, so let's shine the light on our queens, too:

Where you can watch it: iflix

Before she became Kang Mo Yeon aka our fave doctor in Descendants Of The Sun, Song Hye Kyo was Eun Suh first in the Koreanovela, Autumn In My Heart (which probably has one of the most shocking plot twists we've ever seen). Thanks to this series, queen Hye Kyo became more well-known not just in SoKor, but across Asia.

If you know Jun Ji Hyun as Cheon Song Yi iN the iconic fantasy series My Love From The Star, you'll also be surprised to know that it was her first leading role in a K-drama! The highest-paid actress of 2020 was already popular prior to that, and was cast in blockbuster movies, including My Sassy Girl.

If you grew fond of Bae Suzy as the motivated Seo Dal Mi in Start-Up, you will also love her first major role, as high school student Go Hye Mi in Dream High! She's just as adorable here, and you'll get a glimpse of her side as a K-pop star, too. Yup, she's an idol in real life!

Soompi describes Park Min Young's character in this drama as someone who "disguises herself as her brother in order to enroll in the prestigious education institute Sungkyunkwan." FYI, it's an all-boys school, so you already know how chaotic it was when they discovered who she really is!

Park Shin Hye has come a long way after her first leading stint in the Korean-Japanese drama Tree Of Heaven, where her character had a stepbrother who developed feelings for her. Since then, she's been cast in a lot of high-rating series, and in 2020 alone, she starred in two hit Netflix movies.

Did you know that like Suzy, IU's first lead role in a K-drama was also in Dream High? Here, she portrayed the role of Kim Pil Sook, a student with an unmatched talent in singing, but who is also a bit shy because of her body appearance.

Where you can watch it: Viki

What happens when you fall in love with someone who is actually the daughter (Son Ye Jin) of a business competitor? This is what Delicious Proposal is all about!

If you think you've already seen all the gumiho shows in K-drama land, think again: Forbidden Love is where Kim Tae Hee transformed into a nine-tailed fox who also lives her life as a human being.

Baeksang Best Actress awardee Gong Hyo Jin stars alongside Rain in this K-drama about a lonesome dad with a tragic past. His life begins to change little by little after he meets his childhood BFF—a teacher who inspires him to become a student again.

Where you can watch it: Viki

The 36-year-old actress may have risen to K-drama fame because of My Girlfriend Is A Gumiho but before becoming a mythical creature, she first played the role of an actress in the KBS series, A Love To Kill (which also features Rain, BTW!).

Lee Sung Kyung's first appearance as a K-drama actress is in It's Okay That's Love and the following year, she immediately bagged one of the main roles in Flower Of The Queen. According to AsianWiki, her role here is an abandoned daughter who meets her mother again after a long time.

Where you can watch it: iQIYI, Netflix, Viu, Viki

Guess what: Kim Go Eun is the leading lady in Cheese In The Trap, which also happens to be her K-drama debut! In this webtoon adaptation, she's a college student who's confused about a boy named Yoo Jung (Park Hae Jin), just someone with a different side of him that not everyone has seen. Later that year, she won our hearts in the iconic drama Goblin!

For her first leading role, our Seo Ye Ji starred in the not-so-typical school drama Moorim School: Saga Of The Brave , where her character's personality is straightforward, and "isn’t afraid to put people who disrespect her in their place, either." Very Ko Mun Yeong vibes, huh?

Although it's a short Korean web series with only 10 episodes, we still consider One Sunny Day as Kim Ji Won's first major project! She partnered with So Ji Sub, and it's a tale of a heartbroken guy who went to Jeju Island and got his and another girl's belongings stolen. Eventually, they had to stay together due to their situation. Of course they fell in love with each other!

Here's What's Next For The Cast Of The K-drama "vagabond"