How does a man struggle for survival on a planet where nothing lives? 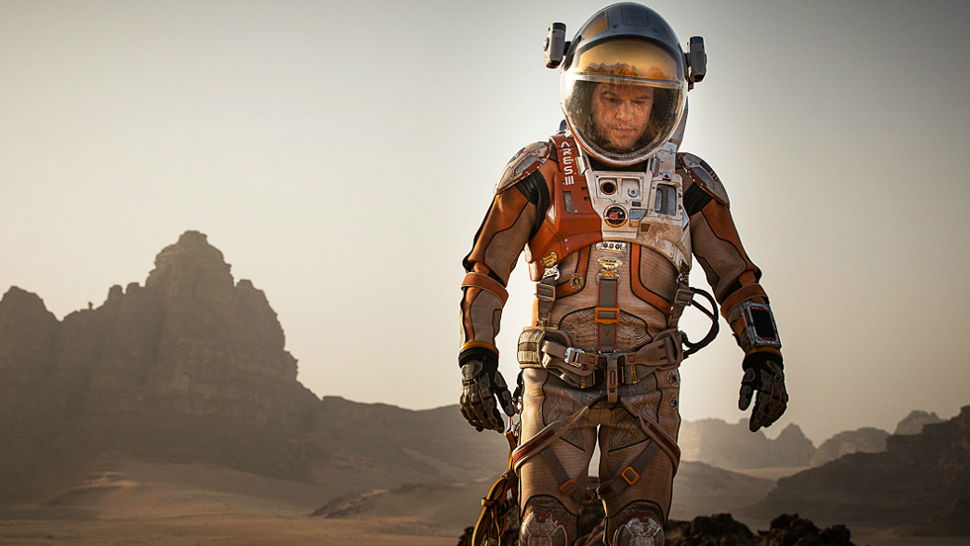 How does a man struggle for survival on a planet where nothing lives?
Shares
Share
Tweet
Comments

I’m no girl scout. With little or no knowledge at all on how to start a fire or resourcefully prepare my own meals, the probability of me surviving on a deserted island is very unlikely–much less on a deserted planet. But if there’s anything at all that I learned from Ridley Scott’s The Martian, it’s this: If you don’t want to die, optimism is the first step to survival.

After being left behind by his crew during a manned mission to Mars, astronaut Mark Watney, portrayed by Academy Award-winning actor Matt Damon, has been presumed dead by the National Aeronautics and Space Administration (NASA) and by the entire world. Though by some twist of fate, he survived and found himself stranded and alone on a hostile planet that has no natural resources to support human life. He didn’t have a way to contact the Earth, and even if he did, there wasn’t enough food and water to last him until a rescue mission arrives. 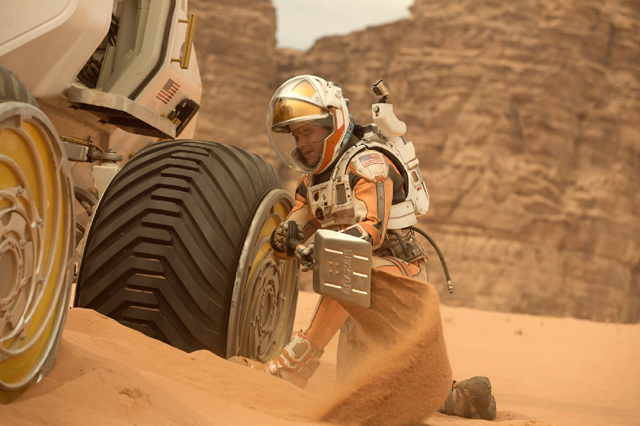 Now, if that had been any other guy, he’d be as good as dead, yeah? Because as much as we all would love to claim that trying to stay alive on planet Mars is no rocket science, the thing is, it literally is rocket science. Luckily, Watney is not like any other guy. He’s a botanist–and a damn good one at that. He not only found a way to grow crops on a place where nothing grows, he also managed to produce H2O all on his own. But then again, that was only the beginning of a series of problems waiting to be solved.

To be honest, I think movies set in space have a great tendency to be dragging and wearisome. But unlike Gravity and Interstellar, there wasn’t a dull moment in The Martian. I found myself rooting for his survival, breathing a sigh of relief for every potato he’d come to harvest, and being on the brink of tears whenever something would go wrong. The film was surprisingly witty, and Matt Damon did his job remarkably well in eliciting empathy from the viewers. To be fair, I couldn’t picture the role being portrayed by anyone else. 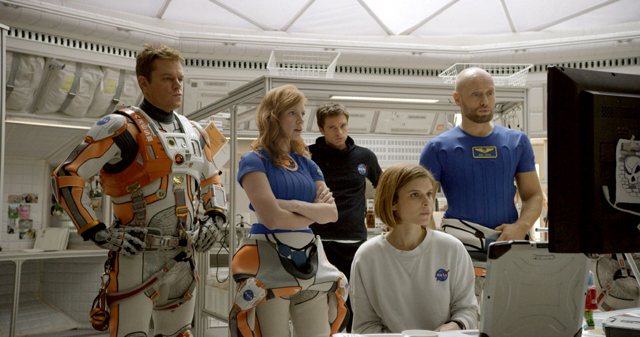 The costumes, originally inspired by NASA’s prototype Z1 and Z2 spacesuits, were designed by Janty Yates. "We kept that very much to NASA style, but we made it a lot more streamlined," she said.

If I’d have to name one flaw, however, I’d say the movie lacked a perspective from the protagonist’s family. Other than his crewmates, there wasn’t even one relative mourning for Watney when he was presumed dead or fighting for his rescue when he was discovered to still be alive. Perhaps with a deeper approach, it could’ve been twice more of a tear-jerker. Other than that, I’m giving it 4.5 stars for its great set design and wardrobe choices, well-rounded cast, and a resoundingly executed screenplay.

See it if: Astronomy has always been your cup of tea. (Or not–you’d love it either way!)

Still not convinced? Watch the official movie trailer below:

6 Films To Binge-watch Before The Uaap Cheerdance Competition