PSA: How Much It Costs to Stay at the Rancho Bernardo Luxury Villas and Resort|Read more »
Culture | By Esquire Philippines - Jun 25, 2021

The prestigious débutante ball has been attended by royals, celebrities, and VIPs. 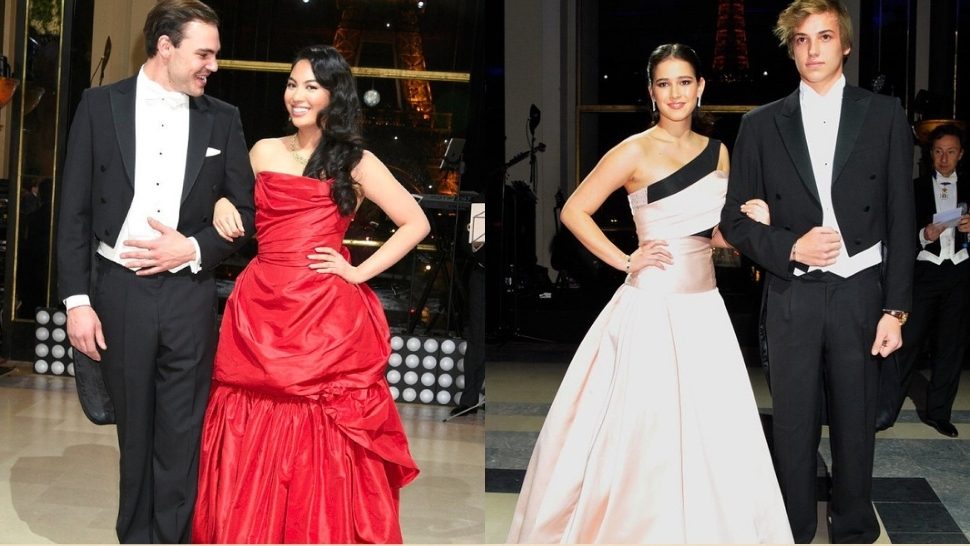 A débutante ball, not to be confused by the Philippine counterpart, seems like something that only exists in period movies. But, it's a tradition that still lives on to this day. While débutantes were initially presented during the society season for eligible bachelors and their families to consider for marriage, the ball's purpose has evolved to become a way to introduce young aristocratic women into society while promoting charity and fashion through the years.

One of the most prestigious débutante balls in the world is Paris' Le Bal des Débutantes. The ball, founded in 1992, is organized by Ophélie Renouard and features prominent ladies that come from families known in entertainment, business, and more. The debutantes don couture gowns and high jewelry while supporting organizations like Enfants d'Asie and Seleni. Notable débutantes include Lily Collins, Isha Ambani, and Princess Diana's niece Lady Kitty Spencer. In recent years, attendees have included members of Filipino society families like the Zobels, Madrigals, and more.

Here are eight Filipinos who made their debut at Le Bal des Débutantes.

In 2009, Natalia Zobel became the second Filipino débutante as she attended wearing Dominique Sirop alongside cavalier Rafael Vilallonga. The daughter of Iñigo Zobel and Maricris Cardenas was in good company with nobles like Princess Diana's niece Lady Kitty Spencer and the great-granddaughter of Lord Mountbatten Angelica Hicks.

Monica Urquijo followed in her sister Paloma's footsteps as a débutante in 2013. She fittingly wore a gown by Filipino designer Monique Lhuillier and was escorted by cavalier George Pearson. In the same year, the ball celebrated its 20th anniversary. Notable débutantes included Robert Kennedy Jr.'s daughter Kyra Kennedy, Queen Elizabeth's niece Lady Amelia Windsor, and Lauren Marbe, a student who made headlines for having an IQ higher than Einstein's.

The daughter of Vincent and Ann Madrigal, Emily Madrigal wore a J. Mendel gown and Maison Bucherer jewels as she attended Le Bal des Débutantes in 2014. That year, the débutantes also included the daughter of celebrities like Warren Beatty, Annette Bening, and Mads Mikkelsen, as well as the descendants of French, Italian, and Austrian royals.

The 2015 Le Bal des Débutantes went ahead despite the terrorist attacks in Paris. Dominique Cojuangco, the daughter of Antonio "Tonyboy" Cojuangco and Gretchen Barretto, made headlines in local and international media as she attended wearing Vivienne Westwood Couture alongside cavalier Viscount Emilion de Roquefeuil.

The second to the youngest child of businessman Joey Concepcion and Marissa Orosa-Concepcion, Monica Concepcion wore Marchesa as she waltzed with her cavalier Guelfo Gucci Ludolf in 2016. Fellow débutantes were Olympia Taittinger of the Taittinger wine family, French and Austrian princesses, and more.

The latest representative from the Philippines is Rocio Zobel who attended Le Bal des Débutantes in 2019. Zobel, the youngest daughter of Inigo Zobel and Maricris Cardenas-Zobel, wore a Jan Taminiau dress and was accompanied by cavalier Marty Romualdez (the son of politicians Martin Romualdez and Yedda Marie Romualdez).

Would You Buy This Socialite's Home Dry Cleaning Machine for P101,250?

Instagram-worthy Poses To Do On Your Bed, According To Celebrities