LOOK: Barbie Imperial Is Normalizing Stretch Marks on Her Chest and We’re All For It|Read more »
Culture | By Esquire Philippines - Jul 5, 2021 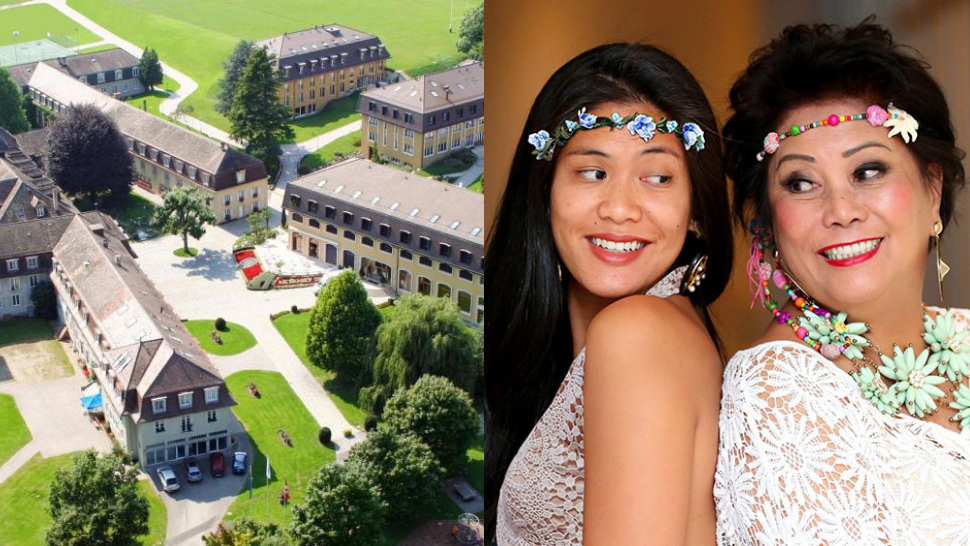 The privilege of attending boarding school is an opportunity that only the truly rich can afford. In the Philippines, where the wealth disparity is severe, that means one has to be part of the 0.1 percent to be lucky enough to send their kids to an elite school like Institut Le Rosey.

The Swiss boarding school, referred to as Le Rosey or Rosey, is known as the most expensive school in the world, as well as one of the oldest in Switzerland. Located in Rolle, Le Rosey was founded by Paul-Émile Carnal in 1880. Through the years, the boarding school has educated royalty and high society including Shah of Iran, Prince Rainier, and the Duke of Kent, to name a few.

With annual fees of more than P6 million, it seems only a handful of Filipinos have attended Le Rosey. The boarding school is very discreet to keep exclusivity and to protect its prominent pupils and their parents. But, we've managed to track down a few of its Filipino alumni.

Below, get to know the privileged Filipinos who went to the prestigious Swiss boarding school Institut Le Rosey:

Johannot, the daughter of Petty Benitez (of the prominent Benitez clan) and Daniel Henri Johannot, went to Institut Le Rosey for her secondary education. She later attended the University of Edinburgh to take up sociology and social anthropology with a minor in psychology. According to her LinkedIn, Johannot currently works as a marketing associate at men's clothing retailer Charles Tyrwhitt.

Former Filipino top model Tetta Agustin-Baverey, who was the acclaimed model of Hubert de Givenchy and Yves Saint Laurent in the '70s and '80s, sent her daughter Tosca Augustin to Institut Le Rosey. After, Augustin took up law at the University of Westminster, London. She then obtained her master's in international commercial law at the University of London, as well as another master's in corporate law at Columbia University.

The son of House Majority Leader Martin Romualdez with former Binibining Pilipinas International 1996 and Tingog Sinirangan Partylist Representative Yedda Marie Kittilstvedt-Romualdez went to high school at Institut Le Rosey where he said he was "exposed to the French language." In his online resume, he also wrote that he co-founded the Le Rosey Polo Team and competed in amateur and professional leagues in Morocco, Switzerland, and the Philippines. Romualdez is currently taking up international agriculture and rural development at Cornell University.

Martin Romualdez and Yedda Kittilstvedt-Romualdez's second son Marty Romualdez also attended Le Rosey where he was also in the polo team. Like his father and brother, Romualdez is finishing up his studies in Cornell University.

10 of the Most Expensive Designer Dresses, As Seen on Local Influencers