Including the recently added "Never Not Love You" starring James Reid and Nadine Lustre! 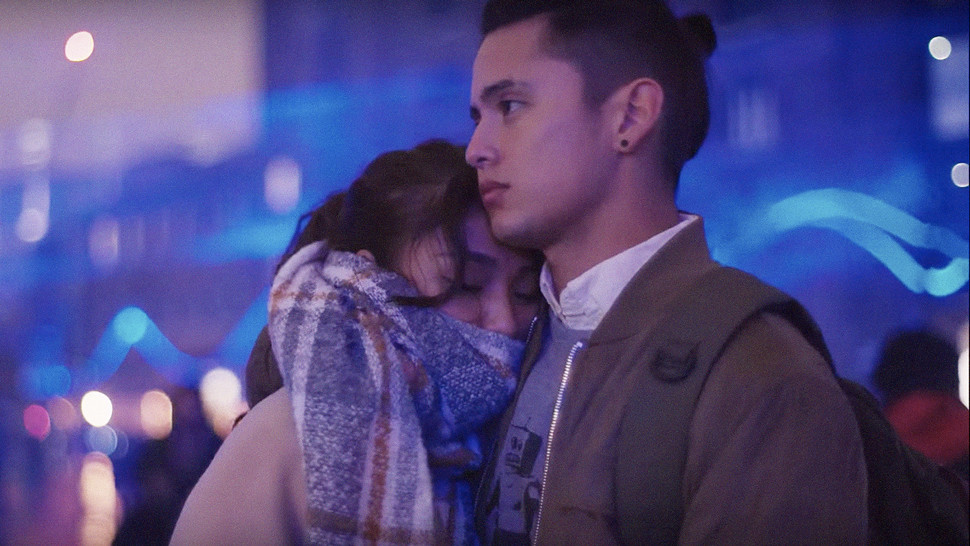 There’s a reason both mainstream and indie Filipino romance films are such a hit with audiences. It’s the dream they sell us on—the are-they-real-or-not love team, the unexpected reunion of childhood sweethearts, and the perseverance of love no matter the circumstance. Whether or not you have your own real-life romance, you’ll find something to fall head over heels for in these local contemporary romantic movies.

We’ve gathered 10 of our fave Filipino romances running on Netflix, so grab your snacks, turn on your laptop, and get ready for a few hours of endless kilig!

Young, soft spoken Bert falls for strong-willed Elise, but their childhood romance ends abruptly after Elise breaks it off. When the former sweethearts meet again years later as they’re about to finish college, they have to confront unresolved issues, reignited feelings, and shifting goals. This romantic comedy, which sees Janine Gutierrez and Enchong Dee lead their second film together, delves into not only a love lost and rediscovered, but the tentative, painful, heartfelt journey of young people navigating the intricacies of life.

If you’re a fan of the charming romantic movie pairing of JC Santos and Bela Padilla, check out this film. The two star in this drama about a self-destructive man recovering from a breakup who turns a woman into his emotional crutch. The meet-cute begins like this: Kai (JC Santos) enters the sari-sari store where Lani (Bela Padilla) works after closing hours, and they form a quick bond that leads to them hanging out on Valentine’s Day. As their relationship blossoms and Kai starts his slow recovery, the two have to confront the question of if they’ll be anything more.

In the mood for a lighthearted romantic comedy about former lovers who might end up together again? My Ex and Whys is perfect for you. Cali, who owns the blog The Bakit List, is forced to work on a marketing campaign with Gio, her womanizing ex-boyfriend, who is out to win her back by proving to her that he’s no longer the man she once knew. Starring one of the top love teams in Philippine show biz, the film is a funny tale of second chances at love.

Featuring the love team born of kalyeserye fame, this anniversary project of #AlDub follows an OFW and medical student who meet and fall in love in Italy. After retrieving the bag of Andrew (Richards) from a thief and looking for a way to return it to him, Gara (Mendoza) is surprised to find that she works as the caretaker for his family. Romance blooms, but Andrew’s still carrying the baggage of a failed relationship. Will their love last, or will they lose it to the ghosts of his past?

Did you know that this FAMAS Awards nominee for Best Actress was first staged as a one-act play? Director Dan Villegas expertly transforms the text about old lovers reuniting in purgatory into a cinematic wonder. Two years after waiting for her ticket to heaven, Lisa (Pareño) finds that her spot is about to be given to her ex-lover, Manolo (Garcia). Poignant and transcendent, Hintayan ng Langit is a special love story top billed by two of Philippine cinema’s most prestigious stars.

Sid, a rich stockbroker struggling with insomnia, meets Aya, a working class woman with multiple jobs. Tired of those lonely, sleepless nights, he hires her to keep him company. Initially unwilling, Aya and Sid soon develop an intimate meaningful friendship enveloped by midnight secrets and shadows. As the two grow closer, so do their hearts.

Looking for another movie about love in a foreign land? This blockbuster hit and FAMAS Award winner for Best Picture brings its two young stars to the iconic country of Spain. Ely (Padilla), a master’s student who’s trying to move on from a past love, finds a kindred soul in Mia, who wants to start anew in Barcelona.

A love triangle in the vein of the classic play Cyrano de Bergerac, this three-person romance is teenage fluff at its most playful. Cousins Vince and James are vying for the affection of the same girl. When James asks Vince to help him get closer to Kath through text messages, the two find themselves entering into an electronic back-and-forth with the girl of their dreams. But which of the two would ultimately win her heart?

Headed by the “real” love team, JaDine, Never Not Love You offers an introspective look at the mundanities and harsh realities of modern day loves. When freelance graphic designer Gio and ad agency trainee Joanne meet at a tattoo parlor, they hit it off, but their new relationship is tested when their career paths clash with their love for one another.

When a longtime sex worker begins a cuddling-only relationship with a call boy who’s new to the business, they agree to keep things purely physical. But what happens when they both start to yearn for something more? This sexy romantic drama gives you a look into the complicated lives of modern day sex workers, and gives you a dose of slow burn developments that’ll make you question if the ends are worth the means.

Look: This Starbucks In Antipolo Has A Spectacular View Of Manila