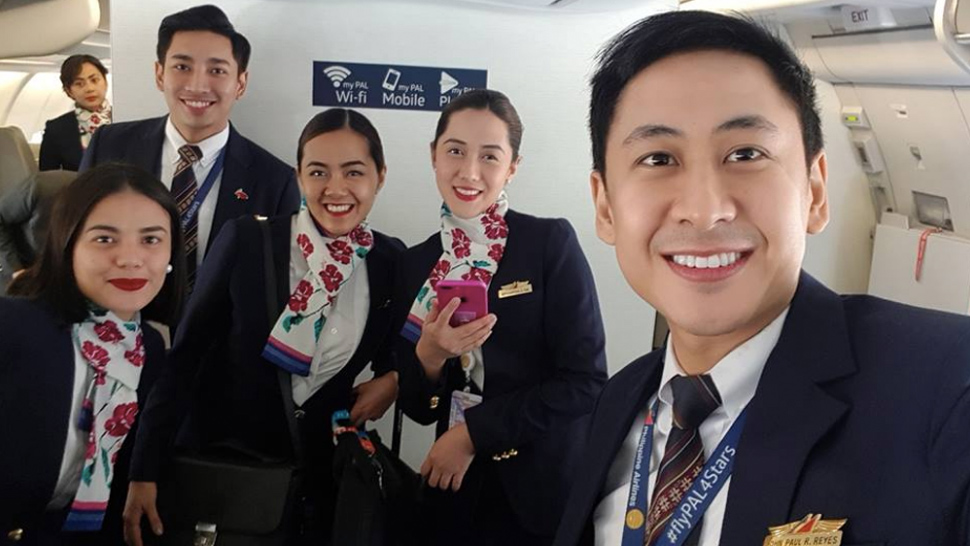 Flight attendants don’t always get the credit they deserve. Many people don't recognize the amount of work and effort they put into being one—their work is tough, the hours are long, the demands they have to deal with are endless, among others. And lastly, people don’t realize how they can make a difference between life and death during emergency situations. Case in point: This one flight attendant in particular went beyond his daily duties and helped a pregnant woman give birth in-flight.

John Paul Reyes, or Japs as he’s fondly called, is a registered nurse and a graduate from the University of Santo Tomas - College of Nursing, but he’s been working as a flight attendant for Philippine Airlines since 2013. It was during a PAL flight from Riyadh to Manila last April 27 when he helped bring new lives into this world. Below, he shared with us exactly what happened and how he dealt with the emergency situation at hand.

The said passenger turned out to be eight months pregnant. She was endorsed to the flight purser on the ground and was allowed to fly after presenting her medical clearance prior to boarding the aircraft. Japs recalled, “I examined the passenger and located the pain in her lower abdomen, radiating down her legs, particularly in the upper thighs. She said that the pain scale was 7-8/10, and that she was experiencing it in irregular intervals.”

Thinking it might be a case of Braxton Hicks contraction, Japs suggested tor the passenger to change her sitting position or to take a short walk within the aircraft to alleviate the discomfort. However, shortly after, the passenger said that the baby was already coming out, so he urgently asked the purser to seek help from any medical professional on board. Luckily, there were several other nurses who volunteered to help. (Ed's note: One of the nurses onboard asked to remain anonymous, while the others have yet to be identified.)

Japs then assisted the passenger to the galley where she could lie down. He placed blankets on the floor before the passenger assumed a supine position. While further examining the woman, Japs noticed “the head of the baby [already] coming out.” The baby girl was delivered at exactly 2:25 a.m. They cut her cord, wrapped her in a clean cloth, and ensured her warmth using heat from the flashlights since the baby is still preterm.

However, just when they thought it was over, Japs and the others then discovered that the woman was actually pregnant with twins. “[We thought] the emergency childbirth was about to wrap up, [then the] father said, ‘May isa pa yan.’ I responded, ‘Anong isa pa?’ He replied, ‘Kambal yan.’ We realized that we had to facilitate the delivery of the placenta so the second baby can be delivered. Time was crucial for the second baby since it can cause distress if the baby stays inside the mother's womb for a long time after the delivery of the first one.”

Soon after realizing that they had to facilitate the delivery of baby number two, the flight deck crew decided to have an emergency landing in Dubai. Upon arrival at the Dubai International Airport, the medical staff quickly boarded the aircraft to assess the situation. The passenger and her newborn were finally endorsed to the arriving doctor and nurses. And right before the passenger was transferred to the airlift, she thanked Japs and the team for their help. The flight back to Manila resumed after an hour.

“It was truly a fulfilling experience for me,” Japs tells Preview. “I was amazed that I still have knowledge about OB, even though my only experience with it was while I was still studying in college. I owe those lessons to my professors in the UST College of Nursing. I may have been working as a flight attendant for almost six years now, but during that one exceptional day, I felt extremely proud that I am also a nurse.”

What Makes a Good Plane Passenger, According to a Flight Attendant

Here's When Shake Shack Is Officially Opening In Manila