LOOK: This Filipina Actress Had a Sweet DM Exchange with Lucas Bravo from "Emily in Paris"|Read more »
Culture | By Nicole Arcano - Nov 17, 2021

Matthew Libatique has also worked on Black Swan, A Star is Born, and more Hollywood blockbusters! 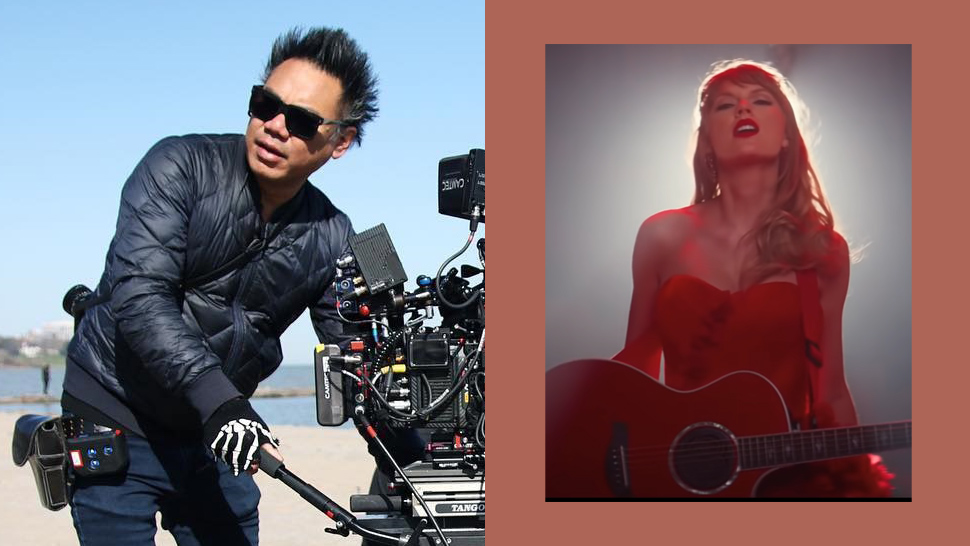 Taylor Swift is not giving Swifties time to recover—not that anyone's complaining, of course! Shortly after the release of the short film for for All Too Well (Taylor's Version), the pop star dropped the music video for I Bet You Think About Me (Taylor's Version).

If you stayed until the credits scene, you'll know that the video was co-directed by Taylor and Blake Lively. Stay a second longer and you'll spot the name of their Director of Photography Matthew Libatique, a multi-awarded Filipino-American cinematographer!

Next to his long list of cinematogaphy awards and nominations, Matthew has a total of two Oscar nominations for Best Achievement in Cinematography—first for Black Swan in 2010 (for which he was also nominated in the BAFTAs) and then A Star Is Born eight years later.

His impressive filmography aside, did you know that Matthew started his career filming music videos? In 1999, he was part of the team behind Jay-Z's The City is Mine and I’ll Do Anything and The Cranberries' Just My Imagination. He then went on to be the DOP for hit 2010s songs like Rihanna's Needed Me (2016), Justin Timberlake's Mirrors (2013), and Suit & Tie (2013), which won Best Cinematography at the Music Video Production Association (MVPA) Awards.

Before pursuing a career as a cinematographer, Matthew studied sociology and communications at California State University and earned his Master of Fine Arts in cinematography at the American Film Institute. He's been a member of the American Society of Cinematographers since 2002.

Curious to see more of Matthew's work? Lucky for you, some of his upcoming projects are already in post-production. Don't Worry Darling, which stars Gemma Chan, Florence Pugh, and Harry Styles, is slated to premiere in 2022. The same goes for The Whale, a Darren Aronofsky-directed movie starring Sadie Sink and Brendan Fraser.

Did You Know? Taylor Swift's Cat, Olivia Benson, Is Richer Than Most of Us