JUST IN: Jinkee Pacquiao Is One Glamorous Ninang at a Wedding Wearing Accessories Worth at Least P10 Million|Read more »
Culture | By Em Enriquez - Dec 20, 2022

8 Filipino Actresses Who Played the Iconic Role of "Dyesebel" 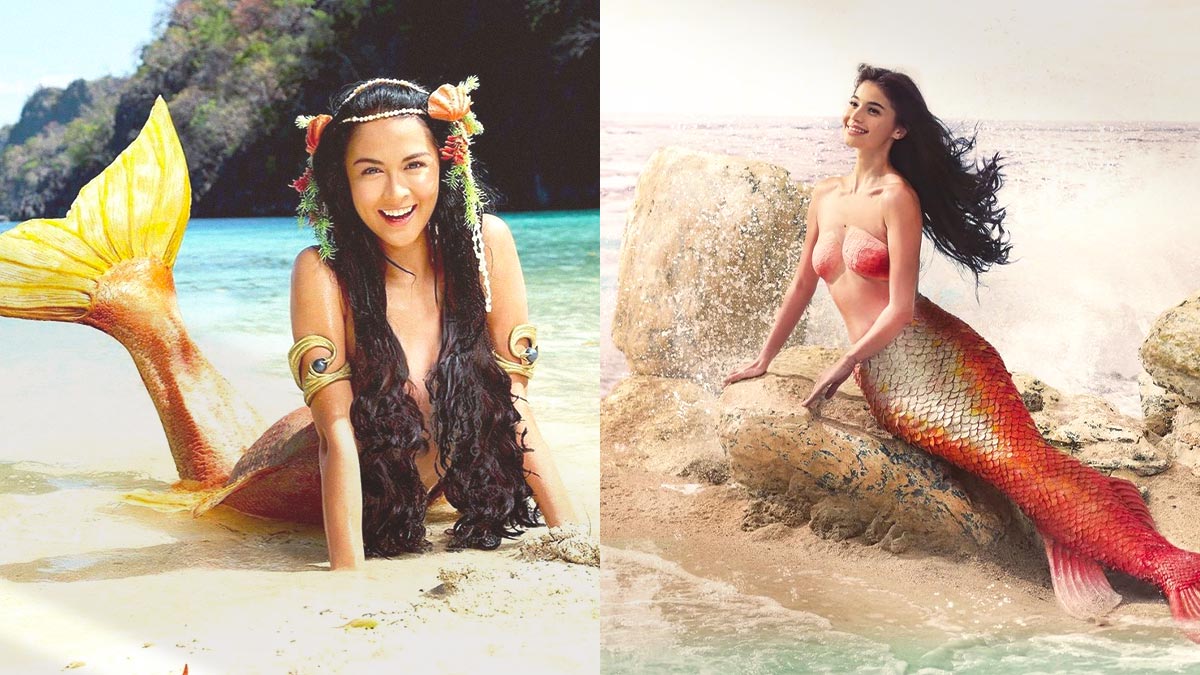 Since emerging from the depths of Mars Ravelo's fables, the mermaid Dyesebel has become a treasured piece of Filipino culture. The lore of a little girl borne out of the forbidden romance between a human and an Atlantican has struck a core to viewers across different generations. Since the 1950s, the story has been remade into several films and TV series, with the titular character becoming a career-defining role for any actress it's bestowed upon.

Ahead, we list down the eight ladies who've made a splash on our screens as the mermaid Dyesebel herself:

The most recent Dyesebel we've encountered was played by multimedia darling Anne Curtis. This was the actress' second time to portray a mermaid, following her equally-as-iconic role as Josephine in 2008's Dyosa.

In the 2014 edition of Mars Ravelo's Dyesebel, Anne was situated as a young girl named Beatriz who was separated from her human roots as an infant. She rediscovers that world and encounters Fredo (Gerald Anderson) and Liro (Sam Milby) as allies.

No one can claim that they've played three of the most monumental characters in Philippine television back-to-back-to-back other than Marian Rivera. In between being Marimar and Darna, the 37-year-old took on the role of aquatic heroine Dyesebel in a 2008 GMA teleserye.

She was paired up with her eventual husband Dingdong Dantes for this project, who played her love interest Fredo. This version also had Dyesebel facing four adversaries across her two worlds; namely, Betty (Bianca King), Ava (Jean Garcia), Berbola (Michelle Madrigal), and Dyangga (Mylene Dizon).

Making a brief appearance in the Angel Locsin-starring remake of Darna was Dyesebel, who was portrayed by Ara Mina at the time. The Mars Ravelo cinematic universe suggests that the two fantastical figures exist in the same realm!

Two years after her podium finish at Miss Universe, Charlene Gonzales reprised the role of Dyesebel in a 1996 movie produced by Viva Films. She starred in this version alongside the likes of Jaclyn Jose, Albert Martinez, and fellow beauty queen Gloria Diaz.

Citing Dyesebel as the role that "made me," Alice Dixson brought the character to life in a 1990 film adaptation. A teenage Carmina Villaroel played her younger self during the flick's first few sequences.

It comes as no surprise that Vilma Santos, the "Star for All Seasons," has Dyesebel in her extensive filmography. Cinemas in 1973 premiered Dyesebel at Ang Mahiwagang Kabibe, where Ate Vi played the lead role.

The first ever Filipina to exhume Dyesebel from the comic book pages was Edna Luna. She topbilled the mermaid's on-screen debut in 1953, and reprised the part in a 1964 sequel titled Anak ni Dyesebel.

Who was your favorite Dyesebel, and which actress do you want to see dive into the role next? Let us know in the comments!

Did You Know? These Famous Actresses Got Rejected in Auditions Because of Their Morena Skin