VISIT: Unplug from the City in This Cozy Family-Owned Farm in Batangas|Read more »
Culture | By Jam Nitura - Sep 10, 2021

10 Proudly Pinay Models Who Are Making It Big Abroad

Make sure to remember their names. 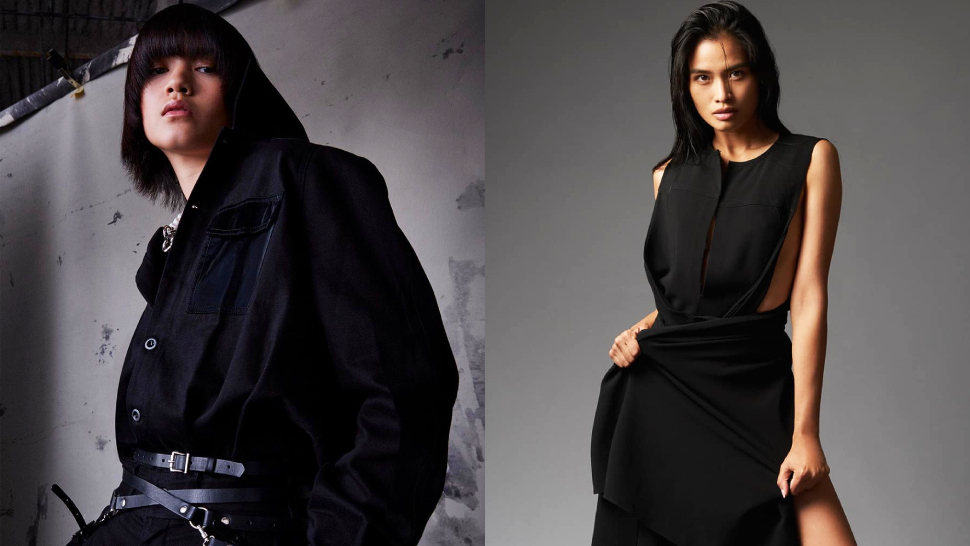 The Filipina beauty knows no bounds. This irrefutable fact continues to be proven year by year by Pinay models garnering recognition in the international scene, from Victoria’s Secret alum Kelsey Merritt to Asia’s Next Top Model winner Maureen Wroblewitz . While these two names might be the most recognizable to most Filipinos, they’re certainly not the only ones raising our flag on the catwalk and on foreign magazine spreads.

Ahead are 10 more Filipina models who are making waves internationally.

Miss Universe 2012 runner-up Janine Tugonon traded in her crown for the runway just a year after she placed in the global pageant. Her New York career inevitably took off when she became a Victoria’s Secret model in 2016, and was featured in the brand’s PINK video campaign. The stint magnified her presence in the field, which thereafter earned her feature articles on Elle and Teen Vogue. Apart from working the runway at the 2017 New York Fashion Week, Janine’s also modeled for brands like Ralph Lauren, Sherri Hill, Shiseido, and Puma.

Hannah Locsin hit the ground running when she chased after her modeling dreams right after graduating college. Early on in her journey, the young talent landed herself stints at London Fashion Week, Paris Fashion Week, and the Hyeres Fashion Festival. She’s even posed for Vogue Italia, but it wasn’t until 2019 that Hannah truly reigned in the spotlight for herself. Sporting her now signature bowl cut, the Filipina debuted big at Milan Fashion Week by walking for the Gucci Spring-Summer 2020 presentation in a long-sleeved, tea-length lime dress and black leather gloves. Hannah has since become a Fashion Week regular, apart from appearing in Gucci Beauty’s YouTube series, modeling for Maybelline, and fronting the cover of Vogue Japan Beauty, just to name a few of her achievements.

Sharina Gutierrez was just 12 years old when she ventured into modeling. Back then, she was scouted for a modeling competition organized by the same team that founded other Hollywood stars like Ashton Kutcher and Katie Holmes. She won against thousands of other hopefuls, and the rest, as they say, is history. Her decade-long career in the industry is impossible to map out with so little space, but the Filipina-American has lent her ethereal beauty to the likes of Vogue Italia, Teen Vogue, Glamour, Elle, L’Officiel Lithuania, Estee Lauder, and Preview, among others.

Fashion enthusiasts will know Monika Sta. Maria best for winning first runner-up in the Third Cycle of Asia’s Next Top Model. The title allowed her to further expand her career both in the Philippines and abroad, appearing in campaigns for L’Oreal Paris, Nivea Malaysia, Subaru, and gracing the covers of glossies such as Women’s Health Malaysia, Circuit, and Speed Magazine. Monika made her return to Asia’s Next Top Model in 2018 as a mentor. She was also named Task Master for the reality competition SupermodelMe, alongside Miss Universe 2018 Catriona Gray.

Based in New York, Charlene Almarvez has been killing it in the modeling scene since 2010 when she placed second in the Ford Supermodel of the World competition that year. She’s since been featured in the campaigns of international brands such as Maybelline, Shideiso, and Shu Uemura, and has even appeared in a Coach commercial. Her portfolio doesn’t stop at modeling, though. In 2019, Charlene put her acting chops to the test with a guest role in the Hollywood crime series City on a Hill, which stars Kevin Bacon.

Los Angeles-based Filipina model Charo Ronquillo’s career kicked off when she signed a contract with Ford Models in 2006. This 5’10” beauty has since found herself in the editorial spreads of popular magazines worldwide, including Teen Vogue, Elle, Marie Claire, Glamour, Spanish Vogue, Indian Vogue, and Cosmopolitan US. She’s also appeared in brand campaigns for Lacoste, Fossil, Mac Cosmetics, Tory Burch, and Kenneth Cole, just to name a few. Charo is currently being handled by top modeling agency Wilhelmina Models.

Non-binary Filipinx model Noah Carlos first made headlines in 2019 when they fronted i-D's The Get Up Stand Up issue. One of the title’s three cover stars for the month, Noah shared the spread with rapper Megan Thee Stallion and Nigerian creative skaters Motherlan. Prior to this, they'd already been making a name for themself on the catwalk, having strutted their stuff for designers like Alexander Wang, Lanvin, Maison Margiela, and Marc Jacobs.

From participating in beauty pageants, to modeling, to producing and writing TV shows, it seems transgender model and LGBT rights activist Geena Rocero has done it all. Prior to branching out into the entertainment industry, Geena first inked a deal with NEXT Model Management when she was 21. After walking the runway at New York Fashion Week, and appearing in countless swimsuit and beauty editorials, Geena has since founded her own production company called Gender Proud, a “trans-focused and trans-specific” production house that seeks to “use media to elevate justice and equality for the transgender community.”

A model, a beauty queen, and a data scientist, Marizza Delgado is the triple threat to watch out for. As per her official agency profile, she’s shot for a number of brands, including H&M, Walmart, Target, and Kohls, ever since she snagged the Miss Pacific Coast Teen USA title in 2017. She’s also been featured in Seventeen Magazine, Cosmopolitan, campaigns for L’Oreal, and has already graced New York Fashion Week for two seasons. Recently, Marizza was crowned Miss New York Earth 2021, and is now set to represent the state for the pageant’s national stage.

Former Preview Clique member and Filipina model Reins Mika might just be starting her career, but boy, did her entry into the scene make a splash. Just this year, she made history as the first Filipina winner of Elite Model Look, the same prestigious competition that founded the likes of Cindy Crawford and Giselle Bundchen. "My goal is to become part of the next generation of emerging supermodels in the digital age. I want to have an authentic relationship with my audience while bringing a level of professionalism, driving creativity and innovation regardless of what industry I am in—commercial, runway, or editorial,” she told Preview in an exclusive interview.

This Pinay Model Uses Lipstick to Contour and It Actually Works