If only we could all be so lucky! 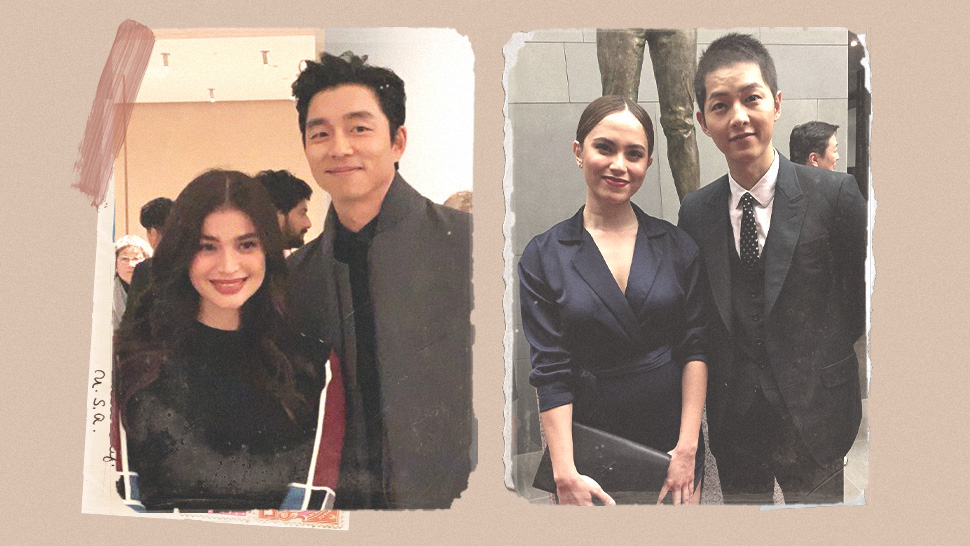 IMAGE Steph Sison for Preview.ph, instagram.com/thessgubi
If only we could all be so lucky!
Shares
Share
Tweet
Comments

Most of us could only dream of meeting our favorite K-drama stars in person, but for some lucky fangirls, that milestone has already become a reality. In fact, you might know a few of them as they themselves are celebrities in their own right! Below, we list down some local celebs who were #blessed enough to meet their fave K-drama actors in the flesh:

Remember when Jessy Mendiola broke the internet back in October 2016 because of this photo? The actress—who was clad in a navy blue wrap dress by designer John Rufo—was seen posing alongside Descendants of the Sun actor Song Joong Ki at the 2016 APAN Star Awards in Seoul, South Korea, where she also received recognition for Best Asia Pacific Star. One of the Hallyu actor’s fan pages was the first to post the photo on Instagram with the caption, “With Filipina actress,” and it didn’t take a while for it to go viral.

In October 2018, Kapuso actress Max Collins was also at the APAN Star Awards in Seoul where she presented the Most Popular K-Star Award. There, she met Something in the Rain star Jung Hae In—and they even took a photo together! “Third gown, second red carpet and two trips back to Korea all within two weeks! The icing on the cake was getting a photo with @holyhaein,” she captioned her Instagram post.

It’s no secret that Manny Pacquiao’s wife, Jinkee, is a huge fan of Hallyu heartthrob Ji Chang Wook. In fact, just last year, the couple sent a coffee truck to the set of his K-drama, Melting Me Softly. Swathed in a pastel pink blazer, Jinkee didn’t miss the chance to take a photo with her fave! She captioned it: “Happy to see you again @jichangwook,” hinting that it’s actually not the first time that the two crossed paths. So lucky!

Lauren Young’s close encounter with K-drama stars isn’t like your average fangirl’s. She not only took a photo with them, she actually acted alongside them, too! Lauren, together with fellow Filipino actor Ejay Falcon, guested on SBS’ drama titled Where Stars Land, where they got to meet and take photos with the cast—including its lead stars Lee Je Hoon and Chae Soo Bin, as well as The King: Eternal Monarch’s Kim Kyung Nam.

Anne Curtis broke the internet last year when she met her ultimate crush Gong Yoo at long last! The actress, who’s been vocally obsessed with Goblin since 2017, finally saw the K-drama actor in the flesh at the store opening of the Louis Vuitton Maison in Seoul and it was such an adorable fangirl moment!

Oh, and just so you know, Gong Yoo wasn’t the only K-drama actor that Anne has met in real life! Last year, she also made the internet jealous when she posted this photo with Encounter star Park Bo Gum. The Hallyu actor visited Manila in July 2019 for a fan meeting, which Anne herself hosted.

Sigh! If only we could all be so lucky!

Psa: "a World Of Married Couple" Is Finally Coming To Netflix