We have nothing but love for these hardworking ladies. 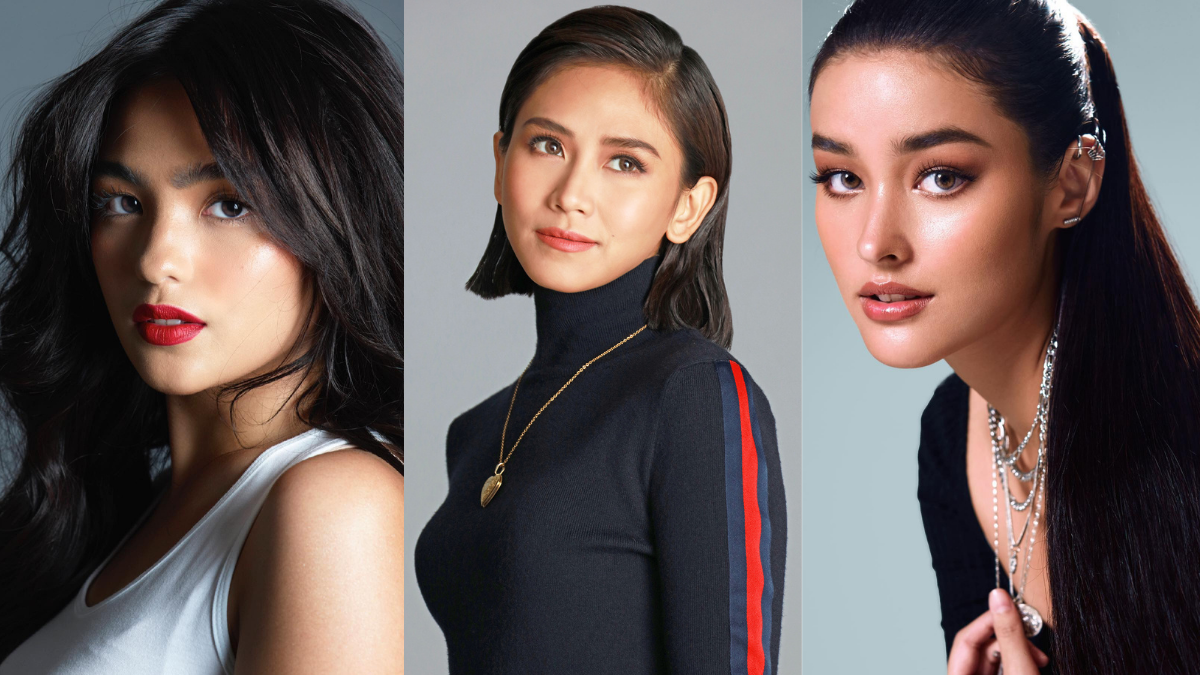 IMAGE Instagram/blythe, lizasoberano, Viva
We have nothing but love for these hardworking ladies.
Shares
Share
Tweet
Comments

We often regard celebrities as members of the upper echelon of society, individuals who live and breathe all the glitz and glam life has to offer. Though, at the end of the day, being part of showbiz is still a job, and some personalities turn to it just so they can put food on the table, or pay their monthly bills. Being a breadwinner is certainly not easy, and a number of our favorite celebs can attest to that.

Below, we round up 10 admirable ladies who started their careers in order to help support their families.

10 Filipina celebrities who served as their families' breadwinners

More than a decade ago in 2011, a 13-year-old Liza Soberano was discovered by talent manager Ogie Diaz, and was given a small role on fantasy-drama anthology series, Wansapanataym. Since then, the actress took on the responsibility of providing her family's needs.

In an interview with Boy Abunda, she admitted that she "sometimes [thinks] it's unfair [how] everything was put on my shoulders when I should've just been a kid." Liza acknowledges that it was her choice to sacrifice so many things, and that she doesn't regret doing so. Nonetheless, all of her efforts seem to be paying off. She just bought a home in the U.S. last 2019, and is now reported to star in the local adaptation of K-drama, It's Okay to Not Be Okay, alongside her beau, Enrique Gil.

Our December 2021 cover girl, Maja Salvador, was in charge of paying their household's electricity bill at the tender age of 14. The actress grew up with her mom working as an OFW, which drove her to start modelling and acting just to make ends meet. By putting her family first though, she had to give up her dream of finishing her studies and attaining a degree.

Now 33, Maja is steadily reeping the fruits of her labor. Aside from becoming one of the most recognizable faces in the local entertainment scene, she also recently got to establish her own talent agency, Crown Artist Management.

At 19, Maymay Entrata started out as the "Ms. Wacky-Go-Lucky" in Pinoy Big Brother Lucky 7. Since winning the show, she dove head first into show business as a singer, actress and model. As much as it meant fulfilling her dreams, her career mainly focused on helping provide for her family.

In an interview, she expressed how tough being a breadwinner was, stating that, "dumating [sa punto] na hirap na hirap ako, pero ginusto ko 'to eh. Ginusto ko na itaguyod ang pamilya ko sa kahirapan." Today, the Amakabogera singer is travelling the world and doing everything she loves, all while still being the family girl she's always been.

At an age when her peers would be pinned to a TV watching cartoons, Francine Diaz felt the need to already find work. She grew up moving from house to house with her five siblings and mom, while her dad was struggling as an OFW. "Ang sama ko namang anak kung wala akong itutulong," she tells Karen Davila in an interview about her coming of age.

Starting from when she was only 10 years old, Francine took on whatever jobs were handed to her. Eventually, she got her big break as Cassie Mondragon in hit afternoon drama, Kadenang Ginto. Having just turned 18, the young actress can proudly say that she finally got to buy her family their own home.

While she may make headlines nowadays for her lavish possessions, Jessy Mendiola still knows how hard money is to come by. "Our job pays very well, but since erratic 'yung trabaho namin, hindi rin ganun kadali," she says in a vlog, talking about the downside of being a celebrity. This was an idea she grasped from an early age, growing up in a less fortunate family.

As her family's breadwinner since the age of 3, she went into commercial modelling and other side gigs before becoming a full-pledged actress. Now that her siblings have their own careers and lives to lead, she can focus on saving up money for her own family with her husband, Luis Manzano.

It's no secret how much of a superstar Sarah Geronimo has become, both within and outside the country. She traces her roots back to being an enthusiastic 2-year-old girl belting out tunes for family occasions and barangay singing contests.

In the press conference for The Voice in 2013, Sarah recalled how singing became her way of financially uplifting her family. "[Sa music] ako dumepend para maging comfortable ang buhay namin [at] makapagtapos ng pag-aaral," she says. She joined the 2002 reality competition show, Star for a Night, won the P1M cash prize, and, as they say, the rest is history.

Andrea Brillantes can consider her family's terracota-hued home as one of her biggest successes thus far. It was a long time coming for the former Annaliza star, who's been toiling in the show biz industry since she was only 10 years old. In an interview with Bianca Gonzalez, Andrea shares that she's been "kuripot" ever since she began her career, after realizing how tough it actually is to earn money.

Many now recognize her as her iconic Kadenang Ginto character, Marga Mondragon, and she's recently been minted as the newest face of H&M Philippines.

Like many, Loisa Andalio found it difficult to find work during the peak of the pandemic. In an episode of morning talk show, Magandang Buhay, the former PBB housemate opened up about how it was nearly impossible for her to get any new projects in 2020.

2021 was a good year for Kapuso star and absolute bombshell Andrea Torres. She appeared in Girls' Love series BetCin opposite Kylie Padilla, and soon after, was tapped to star in an international film set in Argentina.

Before she found this success though, Andrea had to find ways to sustain her family while not comprimising her values. "I'm a breadwinner and I'm willing to do a lot of things for my work. But if I feel like I'm being stepped on, I realize it's not worth it," she says in an online discussion held by GMA in 2020.

Before Pia Wurtzbach wore any of the crowns she earned today, she was a small-town girl trying to help out her family. As depicted in her Maalaala Mo Kaya episode, she delved into modelling and acting at only 11 years old.

Later in her teen years when she moved to England, Pia made whatever income she could by taking on various odd jobs, such as working at a restaurant and a paper factory. This grit and determination reflected in her pageant journey, where she joined Binibining Pilipinas three times before eventually nabbing the Miss Universe title in 2015.

8 Filipina Celebrities Who Bravely Opened Up About Their Insecurities

6 Local Celebrities Who Bravely Overcame Being Bullied for Their Looks

Did You Know? These Famous Celebrities Once Auditioned for "Pinoy Big Brother"

5 Fun Activities You Can Try For Your Next Barkada Date