8 Filipina Power Duos Who Are Making Waves in Business

These powerful duos are making big changes in the fields of education, transportation, beauty, art, and design. 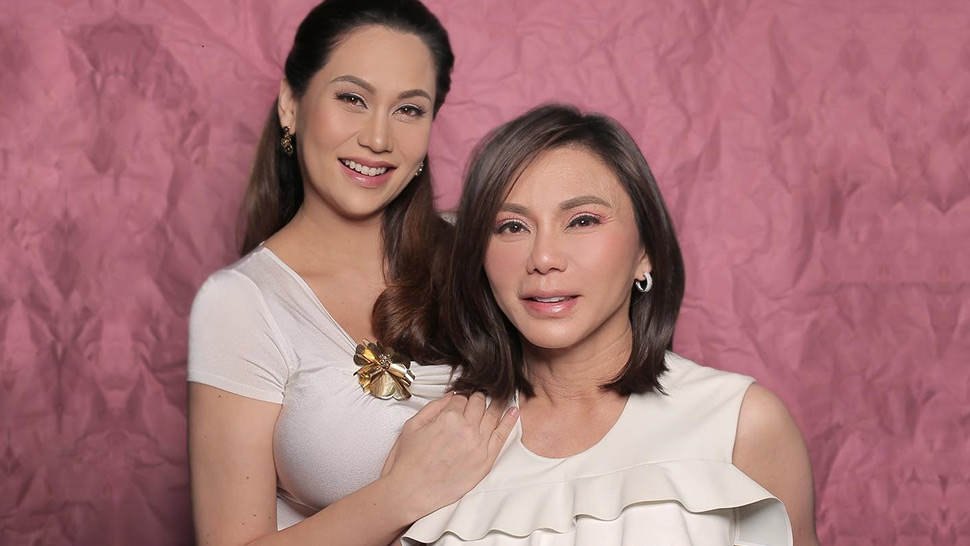 When it comes to female representation in the workplace, Philippine firms continue to show they have no qualms about having a woman run the show. Data company Grant Thornton released its annual Women in Business report earlier in the year and it showed that women held 46.58 percent of senior management roles in the country.

Here, we round up female business partners who are living testaments to this statistic. These powerful duos are making big changes in the fields of education, transportation, beauty, art, and design.

Many children of business owners would be content to inherit their parents' companies and take the back seat, but sisters Stephanie and Jessica are determined to take luxury furniture maker Philux into the future by elevating its designs and the way it conducts business. As Philux vice president and head of business development, Stephanie has been actively handling the marketing part of the business, putting Philux on every luxury shopper's radar in recent years. Her younger sister Jessica, who obtained her interior design degree in Paris, is head of design and visual merchandising. She has consistently released elegant and daring furniture collections for the brand without fail.

Silverlens Galleries is currently considered a mainstay in the local art scene, but it wasn't always that way. Isa Lorenzo first started Silverlens showing only photographs out of her home in the early part of the millennium. Later, when her partner Rachel Rillo joined her to show works of art in other mediums, they rented a space atop a car shop along Pasong Tamo Extension. Today, the gallery's success is not only apparent in its gorgeous new space and the artists the duo manages, but also through its participation in various art fairs: Art Basel in Hong Kong, Taipei Dangdai in Taiwan, and our own Art Fair Philippines.

Accessories designer Bea Valdes is the creative mind behind her eponymous label, and right alongside her is little sister Marga Valdes Trinidad, who heads the luxury label's sales and marketing department. The Bea Valdes brand highlights Filipino craftsmanship in its intricate handmade designs that incorporate the Valdes sisters' knowledge of the fine jewelry trade—inherited from their mother Pamela and grandmother Fe S. Panlilio—into a line of evening bags and accessories.

"We work through everything together, from the psychological, spiritual, (sometimes) physical, creative, and everyday office-related aspects of running a business," Marga once said in an interview. "We're together, literally, side by side." Early this year, the Valdes sisters collaborated with the Kienle sisters on a limited edition furniture collection called Hearth.

Happy Skin has put Filipino makeup and skincare on the map, thanks to founders Jacque Yuengtian Gutierrez and Rissa Mananquil Trillo. Jacqe was working at conglomerate Unilever when she first collaborated with Rissa, a beauty columnist and model, and from there a professional bond was formed that later translated in their becoming business partners. Together, they developed a makeup line that's gentle on the skin and designed with Filipinas in mind. Their marketing savvy has led them to collaborate with a number of celebrities who helped their brand make its mark in the beauty industry.

As the kin of Tony Meloto, founder of Gawad Kalinga, Anna and Camille are true blooded philanthropists. A little over a decade ago, the sisters founded Human Nature with Anna's husband, Dylan Wilk. What started with a mere fascination with the possible local ingredients that could be used in personal care products blew up into an award-winning and internationally recognized social enterprise that's both pro-poor and pro-environment. In 2017, Human Nature saw a 20 percent growth in revenue, had 34 stores in the Philippines, and was available in six countries globally, reports Forbes. While it has permanently changed the way Filipinos perceive and purchase locally made products, it has also made a big impact on the lives of its 450-plus employees and the 24 farming communities it partners with.

If you ever wondered where e-trikes come from, local manufacturer e-Motors Inc. (EMI) is responsible for that. Itâs the main supplier of Züm electronic tricycles to companies like Air21, Pepsi, and 2GO—a fine accomplishment for a manufacturer that was only established in 2012. It has the distinction of being the first and only locally-owned manufacturer of these zero-emission vehicles. Behind the social enterprise is top executive Elizabeth Lee, who left the corporate world to build EMI with the help of her mother, Helen Lee. The elder Lee serves as its founding director, while the younger its CEO. In a short time, EMI has racked up accolades such as Green Company of the Year awarded by the Asia CEO Awards.

While Vicki Belo founded the Belo Medical Group and made it flourish in its early years, she now relies heavily on the help of her eldest daughter Cristalle Henares Pitt, who serves as the executive director of the company. The mother-daughter tandem has been in place since 2005 when Cristalle became her mother's right hand immediately after graduating from college. In 2007, Belo launched a skincare line for her daughter to manage called Belo Essentials, a business that Cristalle took head-on. She owns half of the shares of Intelligent Skin Care Inc., which produces the skincare line and Belo Baby products.

How Do You Get The Swipe-up Feature On Instagram?