SHOP: The Preview Beauty Bag Is Officially Here and It's the Ultimate Steal|Read more »
Culture | By Sabrina Basilio - Mar 14, 2022

These Pinay voices are lighting the way for Filipino artists all over the world. 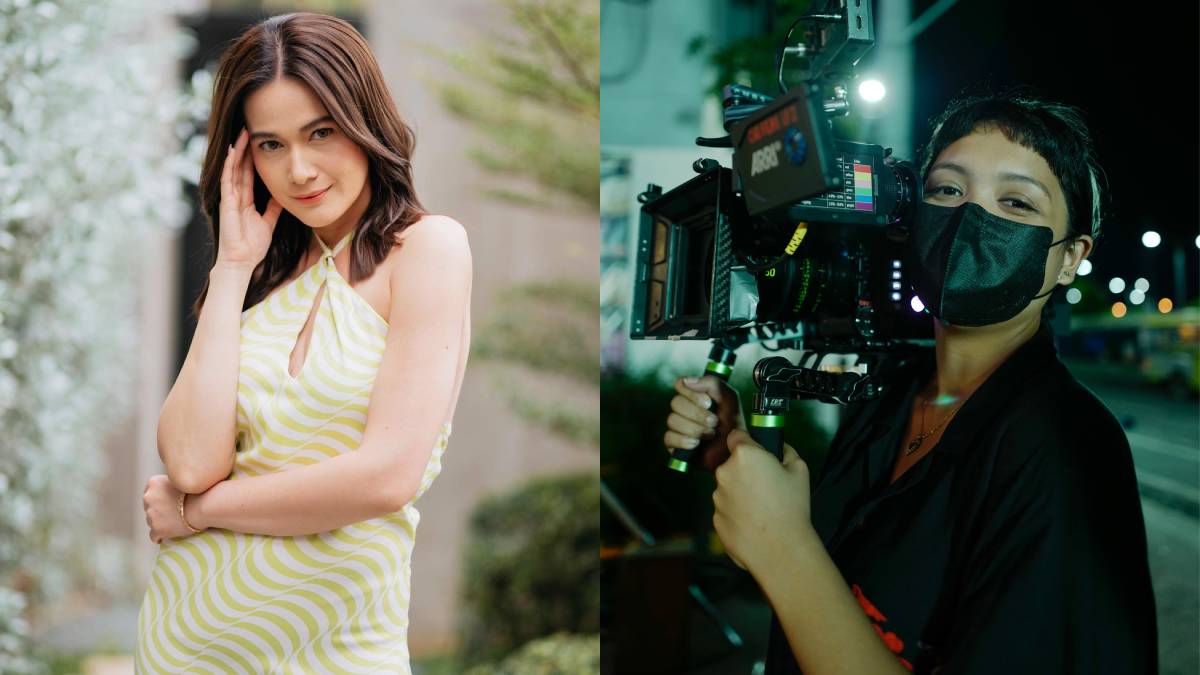 IMAGE INSTAGRAM/beaalonzo, Courtesy of Martika Escobar
These Pinay voices are lighting the way for Filipino artists all over the world.
Shares
Share
Tweet
Comments

In the Philippines, we’ve seen many inspiring Filipina pioneers and promoters of local culture and arts–from Miss Universe 2018 Catriona Gray to Dangal ng Haraya awardee and Kalinga tattoo artist Apo Whang-Od. While more and more female creatives are being given decision-making positions and fair chances at dignified and well-meaning lives, we cannot ever understate the groundwork forged by the fierce and uncompromising women who came before us.

Meet 5 inspiring Filipina artists who are continuing to make their voices heard, locally and internationally:

Most known for: The film Ang Nawawala (2012), Winner of Audience Choice and Best Original Score Awards at the Cinemalaya Philippine Independent Film Festival

A familiar name to followers of the Filipino indie film scene, Marie Jamora is a decorated Hollywood director and a trailblazing female artist anywhere. With a fierce love for music and film, Marie pursued an extensive career of directing music videos for distinguished bands like Sponge Cola, Itchyworms, and the Eraserheads–all while playing the drums for her own bands, Blast Ople and Dexter Calliope. She went on to bag major awards at local and international film festivals, eventually becoming one of the first Filipinos in the Director's Guild of America, and the AFI's Directing Workshop for Women.

Now that she's taken one of the director's chairs for FOX's The Cleaning Lady and CBS's Good Sam, Marie has been named one of the “Five Visionary Asian-American Female Filmmakers” in Kore Magazine's "New Hollywood" issue.

Most known for: The film Leonor Will Never Die (2022), World Cinema Dramatic Special Jury Award at the 2022 Sundance Awards

Another bright torch in Philippine cinema is mightily being raised by cinematographer, screenwriter, and now Sundance-awarded director Martika Escobar. Before catching the attention of America’s largest independent film festival, Martika had already proudly represented the country at the 19th Busan Film Festival for her thesis short film, Pusong Bato. On its way to becoming another cult classic, Leonor Will Never Die serves as Martika's debut feature and the first Filipino successor at the World Cinema Dramatic Competition since Ang Pagdadalaga ni Maximo Oliveros in 2006. This 2022, Martika was also honored as one of the "local art scene's most promising talents" on Preview's Creative 25 list.

This artist needs no introductions—but for the unacquainted, Bea Alonzo was selected as one of the 2019 recipients of the “Asian Stars: Up Next” award by Variety Magazine and the International Film Festival & Awards Macao (IFFAM). While Bea’s meteoric talent has been known to us since her screen debut in My First Romance (2003), this award, and the global success of Mikhael Red's Eerie (2019) gave her a well-deserved spot among rising Academy Award-winning actresses and other Asian super-icons.

Most known for: The nonfiction novel Trick Mirror: Reflections on Self-Delusion (2019),  2020 Whiting Award in Nonfiction

The bookstagram sensation Trick Mirror by Jia Tolentino checks a long list of literary accolades. First, a #2 spot on the 2019 New York Times Bestseller list. Second, a citation as one of the best books of 2019 by the New York Times Book Review, the Washington Post, and the Paris Review. Third is a nod from the PEN America Diamondstein-Spielvogel Award. (We did mention that it’s a long list.) However, what’s most impressive is not so much the evidence of global respect for Jia’s writing but all her preceding years of artful labor as an editor, investigative journalist, and cultural critic championing Asian American sensibilities in post-Trump America.

Most known for: Her solo exhibit Guerra, which makes her the first Filipino artist to show at the historic Casa Vicens Museum in Barcelona, Spain

Nikki Luna’s art has the power to heal and transform. A graduate of Visual Art and Women and Development Studies, Nikki creates paintings and mixed media installations that seek to bring attention to the plight of marginalized Filipino women and to reimagine them in positions of power. Apart from lending her artistic eye to recovery programs of women-centered NGO’s, she has also represented the Philippines at the Cairo, Singapore, Beijing, and Aichi Japan Biennales, received the 2018 UK Chevening Award, and was a grantee for the New York Asian Cultural Council in 2016.

This Filipina Started Her Own Coffee Franchise with a P6000 Capital