After 17 seasons, the TV series gave the "true face" of America's medical system the representation they deserve. 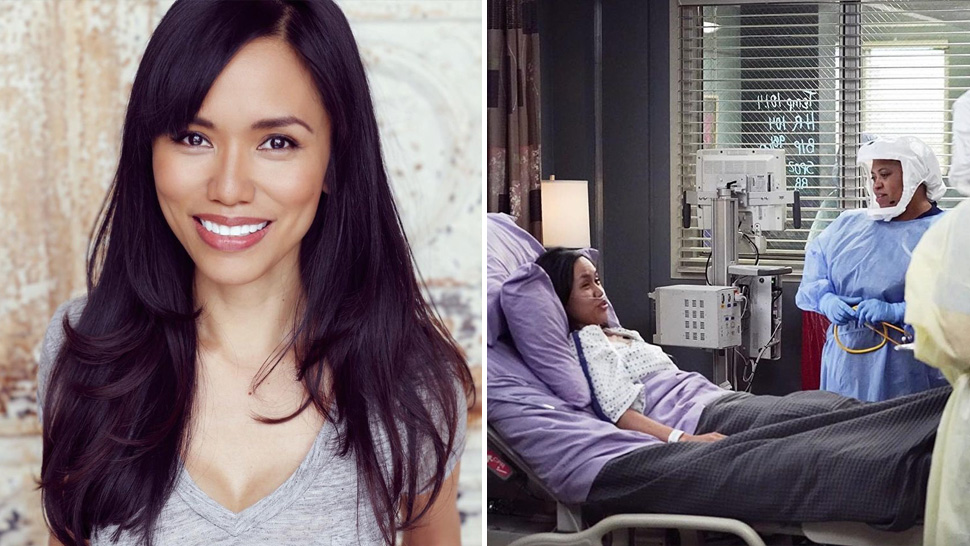 For the first time ever, a Filipina-American actress played the role of a migrant Filipina nurse in the 17th season finale of Grey's Anatomy that aired Thursday (Friday in Manila), finally honoring the "true face" of America's medical system.

In the episode titled Someone Saved My Life Tonight, Aina Dumlao embodied the story of assisted living facility nurse Gerlie Bernardo who is admitted to the fictional hospital of Grey-Sloan Memorial after contracting COVID-19.

The depiction is a long time coming for the show, as a Filipino frontliner has never been given representation in the show's 17-year history until now.

Largely underrepresented in U.S. media, Filipinos make up the largest share of the country's 512,000-strong immigrant nurses at 28%, a figure that is still likely an undercount, said nonprofit Migration Policy Institute.
"Shooting it for the last two weeks when the showrunner Krista Vernoff gave a speech at the end of the series, she says they're really trying to represent the true colors and the true face of Filipino frontline workers and it's starting with that episode, the finale that I'm on. So all of a sudden I'm like, 'Oh, I didn't realize the weight on my shoulders,'" Dumlao told ABS-CBN News.

Apart from being "disproportionately" hit by COVID, Filipinos nurses, as part of the Asian Americans and Pacific Islanders (AAPI) community, are also threatened by the rise of Asian hate, Dumlao said.

"With the rise of Asian hate, Filipino nurses disproportionately hit hard by the pandemic, the sore lack of representation for #AAPI in film/tv and this month being #aapiheritagemonth … this episode on a very special show is important more than ever," Dumlao said on Instagram.

In the Grey's Anatomy episode, her character Gerlie Bernardo is cared for by COVID survivor Meredith Grey herself (played by Ellen Pompeo). Her story is seen as crucial to the main character's journey of overcoming long COVID as a surgical doctor.

“Without giving too much away, I tried to infuse the nurturing aspect of Filipino frontline workers, specifically nurses, but then they also still smile and try to stay positive amidst everything that's going on. If Filipino nurses see this all over the world, that they can actually feel themselves seen for the first time,” Dumlao said.

Dumlao is a main character in Australia's The Unusual Suspects alongside The Lord of the Rings star Miranda Otto and fellow Filipina Michelle Vergara Moore.

Dumlao for the longest time has written and produced projects on her own. Through it all, she has had one particular goal.

“My largest motivation for writing these Filipino stories is that I wanted to normalize Filipinos. The story isn't really about them being Filipino. It just so happens to be a part of them," she said.

"But I just wanted Filipinos to be just kind of like part of the overall picture of the entertainment industry in the entire world because that's what reality is. I want to be a name, so I can help make names," she added.

Watch a snippet of Aina's Grey's Anatomy appearance below!

Kelsey Merritt Talks About Her Humble Beginnings As a Filipina Model