JUST IN: Jinkee Pacquiao Is One Glamorous Ninang at a Wedding Wearing Accessories Worth at Least P10 Million|Read more »
Culture | By Jacinda A. Lopez for Cosmo.ph - Aug 3, 2020 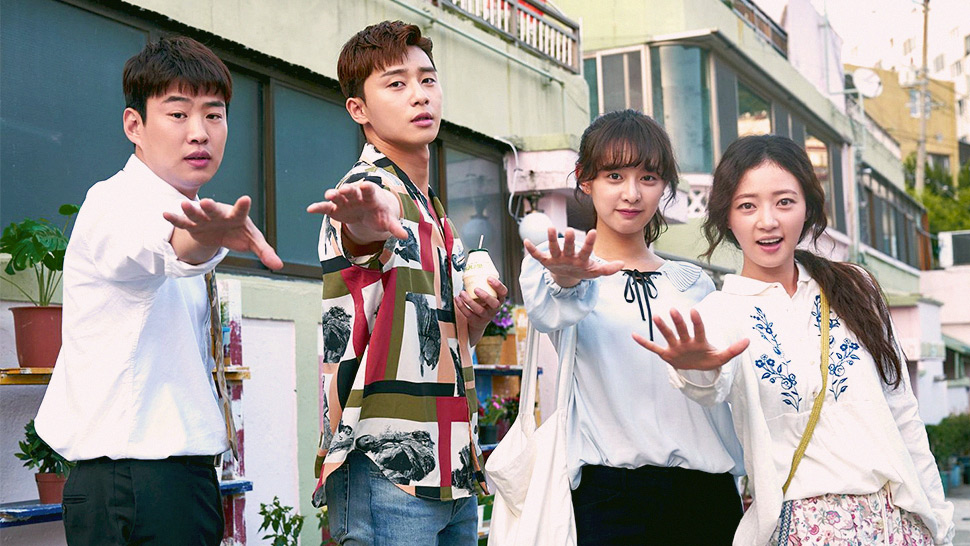 IMAGE KBS/Fight For My Way
They've all gained so much success in three short years!

2017 marked the year when Fight For My Way aired. It was a heart-tugging coming-of-age drama that centered around the lives of four best friends in their mid-20s: a former taekwondo champ with a traumatic past, a big dreamer whose lifelong goal is to be an announcer, and a longtime couple who are growing apart. The show resonated with many viewers not only for the ace acting skills of the leads but because of the true-to-life problems the drama depicted.

It's only been three years since the drama ended, but the stars have already achieved so much in that short amount of time. Curious to know what they've been up to? Read along below!

Fight For My Way was the start of Park Seo Joon's rise to superstardom. It was the first of three back-to-back-to-back top-rating dramas he would star in, the next two being What's Wrong With Secretary Kim? (2018) with Park Min Young and Itaewon Class (2020) alongside Kim Da Mi. But Seo Joon didn't stick to the small screen, because he also made his mark in films post-Fight For My Way. In 2017, he starred in the riotous action-comedy Midnight Runners, co-starring Kang Ha Neul. He then shifted to the horror genre in 2019's The Divine Fury. He is currently filming a new sports movie, Dream, alongside IU, which will be released in 2021.

Kim Ji Won's role as Choi Ae Ra was so special not only because she totally owned the character but because it was her first leading lady role in the small screen. Ji Won got another big break in 2019 when she starred in the epic fantasy drama, Arthdal Chronicles, alongside her Descendants Of The Sun co-star Song Joong Ki. The drama has since been renewed for a second season. Ji Won is currently in talks to star in a short-form drama, tentatively titled City Couple's Way Of Love, with Ji Chang Wook this year. As for her movie credits, she also earned a role in the 2018 comedy film Detective K: Secret Of The Living Dead.

Post-Fight For My Way, Ahn Jae Hong only starred in one other drama, in the 2019 rom-com Be Melodramatic. Although not often seen on the small screen, Jae Hong has been consistently active in the movie scene. One of his most notable films is 2018's Microhabitat, a coming-of-age drama starring Esom. This year alone, he already has two films that have been released: Secret Zoo, a comedy, and Time To Hunt, an action thriller.

Song Ha Yoon won us over in Fight For My Way in 2017. Since then, though, she's only done a handful of on-screen work. In 2018, she headlined the drama Devilish Charm, alongside Choi Jin Hyuk. But we have more Ha Yoon drama content to look forward to this year because she was confirmed to star in the fantasy rom-com, Please Don't Meet Him. Co-starring U-KISS' Jun, Please Don't Meet Him is set to be released in October.

Choi Woo Shik may have only played a supporting role in Fight For My Way, but it was just the start of his booming career. He's mainly been focused on working in film for the past few years—and he even bagged an Oscar-winning one at that. Woo Shik was part of the ensemble cast for the 2019 Bong Joon Ho film Parasite, which brought home four Oscars, including Best Picture, at the 2020 Academy Awards. (FYI, Park Seo Joon made a cameo in the film as well!) He also appeared in several films with his Fight For My Way co-stars: The Divine Fury with Seo Joon and Time To Hunt with Ahn Jae Hong. He is slated to appear in the upcoming sci-fi film, Wonderland, with Gong Yoo and Park Bo Gum.