LOOK: Here's How (and Why) Bela Padilla Decided to Uproot Her Life in Manila and Move to London|Read more »
Culture | By Jamina F. Nitura - Apr 14, 2020

From family sitcoms to hilarious comedies, there's something for everyone. 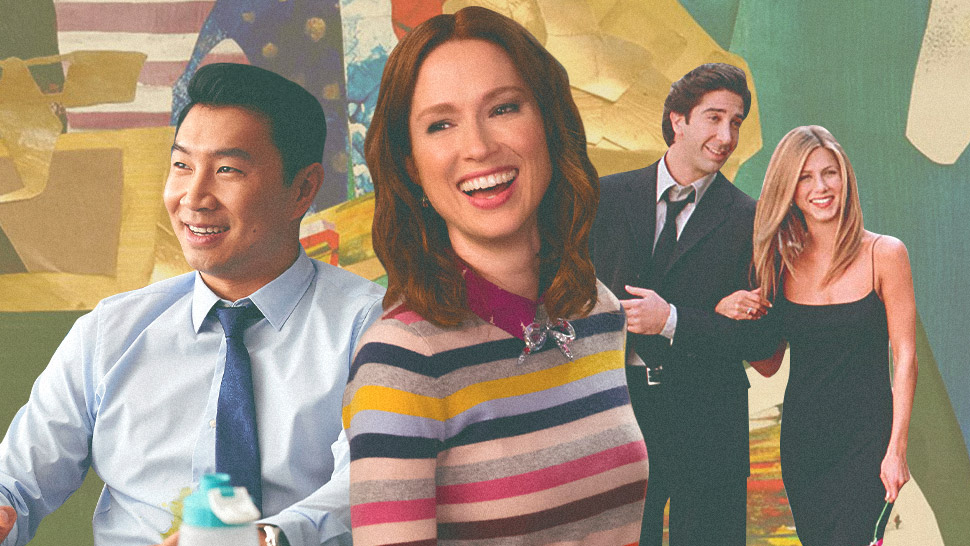 If you ever need a pick-me-up and you've got a lot of time on your hands, there's no better way to pass your idle days than by getting sucked into an uplifting, feel-good TV series. From lovable family sitcoms, to relatable friend groups trying to master the art of adulting, to absurd, off-beat comedies, there's a bit of something for anyone simply looking for a good time.

Friends aired for 10 solid years from 1994 to 2004 and with good reason. This sitcom about six unruly adults trying to survive the big Manhattan life has caused many a belly laugh from millions of viewers worldwide. So much so that it's become a cherished cult classic known by almost everyone you meet. Whether you're re-watching the series or you've yet to dive in, you're sure to get a kick out of Phoebe, Ross, Rachel, Chandler, Monica, and Joey's day-to-day shenanigans.

Hilarious and heartwarming at the same time, Modern Family will have you laughing and crying on your seat before you know it. The series, which is set to conclude with its 11th season this 2020, follows three not-so-typical American families all related to each other as they manage the curve balls life throws at them, often through various quirky and comedic ways. As of writing, the family sitcom has been nominated for a total of 75 Emmy awards, winning 22 of them, including five Outstanding Comedy Series accolades.

Yet another light comedy for a casual watch, Kim's Convenience centers on a Korean-Canadian family and their convenience store business in Toronto. A series of misadventures ensue as they deal with customers,  each other, and the complicated yet evolving world around them. The series also stars Simu Liu a.k.a the first Asian actor set to lead a Marvel film in Shang-Chi and the Legend of the Ten Rings.

4. How I Met Your Mother

If you're a hopeless romantic who likes dysfunctional friend-group sitcoms, you'll love everything about How I Met Your Mother. The show's premise starts with Ted Mosby, an architect who sits his kids down to tell them  about the long-winded, rambunctious, yet hilarious events in his life that eventually lead him to meeting their mother. Heads up, her identity remains a mystery for the most part of the series' nine season run. Joining him in New York as he searches for the woman of his dreams are his four best friends: Barney, Robin, Marshall, and Lily.

Yet another award-winning gem worth the binge, The Good Place wasn't just made for laughs. In fact you might just end up a far better person after watching all of its four seasons. The series follows Eleanor, a deceased woman who led a morally corrupt life during her time on earth. However, when she ends up in The Good Place, a heaven-like afterlife, she immediately know she's not meant to be there but goes to great lengths not to be found out, lest they send her to their version of hell, a.k.a. The Bad Place.

It doesn't get crazier and weirder than Crazy Ex-Girlfriend. Rebecca Bunch, a Yale and Harvard garduate, gives up her succesful life and career in a top New York law firm to move to California in pursuit of an ex who dumped her in high school. Hilarity and drama follow suit, all while she occasionally breaks into song.

"Odd, quirky, and just a teensy bit unhinged" best describes the eternally optimistic Kimmy Schmidt. Kidnapped in eighth grade by a cult and kept in an underground bunker with three other women, under the impression of an oncoming nuclear apocalypse, Kimmy and her friends are finally rescued 15 years later. Yes, the rest of the show is just as absurd as it sounds. Now experiencing the world again for the first time in more than a decade, Kimmy takes on New York and the modern world with wide-eyed enthusiasm with the help of her gay wannabe Broadway actor roommate, Titus Andromedon.

This British comedy-drama series written by Fleabag actress Pheobe Waller-Bridge follows a misft group of six twenty-somethings all living together in a disused hospital. As expected, their arrangement slowly falls apart in increasingly hilarious ways.

A remarkable family sitcom, One Day at a Time is an absolute must-watch. Centering on a Cuban-American family, the Alvarez clan make their way through the trials and tribulations of life with a whole lot of heart, love, and just the right amount of comedic timing to get them through the day. You'll especially adore acting legend and EGOT (Emmy, Grammy, Oscar, Tonay Awards) winner Rita Moreno as their traiditional yet feisty abuelita, Lydia.

Set in the 1990s, five teens from a Catholic girls' school in Northern Irelenad navigate the ups and downs of youth all while their country deals with an armed national crisis in the background.

Here's What A Covid-19 Patient's Hospital Bill Looks Like