8 Inspiring Talks on Fashion That Will Refine Your Lifestyle

Learn from the study of style. 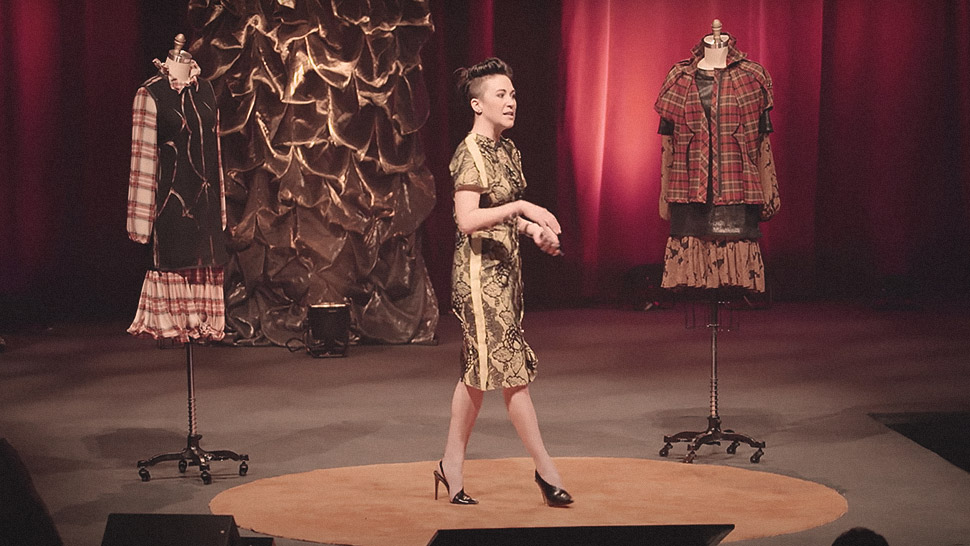 If you’re inclined to feast your eyes on a style inspo source (ex. a lovingly assembled Pinterest board, or Shaira Luna’s YouTube channel) you may be interested in checking out these TED Talks that go deep into the styleverse! Going beyond the details of what makes a stunning outfit, these engaging and well-researched talks anatomize the contexts in which the fashion industry and fashion lovers operate. If you want to school yourself on why a mindful and confident lifestyle is of utmost importance, keep scrolling.

Gillian Dunn is an emergency room nurse, and she's convinced that life can change in an instant— for better or for worse. This is why she advocates for owning every day with confidence, commitment, and enjoyment! Every now and then, we find ourselves motivated to buy special clothes, beauty products, and other items, yet don't get around to using them because we think a "regular" day isn't special enough for our fancy things. She says: Stop that! Why do we giddily buy statement dresses yet never allow them to make the cut when we get ready for a dinner?

Piling all hopes of delight on milestones diminishes the wonderment and liveliness of all other days. These little reluctancies, she argues, are excuses to suspend enjoyment. If we take every day as an opportunity to revel, we'll find that on the other side of an excuse, there is joy.

Styling from Inside Out by Dawnn Karen | TEDxFIT

After surviving a sexual assault by her fiancée, Dawnn, a counselling student, re-courted her spirits using fashion. She travelled the world for research and pursued fashion psychology. A stylist, she reasoned, styles a client based on their brand and body, while a fashion psychologist styles for a more personal, psychosocial impact. Get off autpilot, she says, don't settle for wearing clothes strictly because of their function. Use them as an evocative, expressive medium to heal yourself and guide you toward the life you want.

Maybe you've been intimidated by the notion of stylishness because it seemed to suggest rules, cultural norms and expectations that were, frankly, hard to pin down. Maybe, like Stasia, you misinterpreted style as strictly defined by the metric of trend, and how gravely you deviated from it. Well, after learning that her daughter Raissa was born with medical anomalies, thereby giving her unusual features, Stasia had to confront the matter of confidence head-on. She knew she had to raise Raissa to be confident, no matter how she fit in with other kids. The solution? She let Raissa dress however she wanted— and what she wanted turned out to be boy clothes.

The takeway: Yes, it's satisfying to adhere to arbitrary trends, but it's ultimately more satisfying to feel great in the ways you choose to show up in the world.

Fashion and Technology: From Frivolity To Sustainability by Rachel Arthur | TEDxCoventGardenWomen

This one's for the science lovers! Rachel Arthur posits that fashion is wearable technology, and that its technological advancements should be in favor of both style and sustainability. Remember seeing the movie Clueless and just swooning over Cher's hi-tech closet? And the hover shoes from Back to the Future, as well as the invisibility cloak from Harry Potter? Well, Rachel thinks such astonishing technological achievements will eventually be feasible, and that they should pursued to change the geoethical dynamics of the fashion world. Since fashion's immense stake in global industry will not yield to policy changes on the volume of production, the garments made should be innovative attempts at combatting fast fashion, pollutants, and wastefulness.

The Project Runway winner literally wears her heart on the sleeves with her synesthetic, visceral creative process. When she went through a divorce, she designed a collection named Decay, contemplating the decline and eventual breakdown of something once beautiful. When she felt downtrodden and "threadbare," she designed a collection named Weatherworn. Inspired electrifyingly by mood boards; music composed by her friends; photographs and paintings; and, most importantly, her own experiences, Michelle crafts garments that are not just strategically arranged textiles, but serve as "environments" and possibly as a "cinematic experience". She details her creative process in this talk.

According to Lyn Slater, there is a stark difference between the way her "accidental" rise as an style icon was depicted in the media, and how it really happened. The media, she claimed, was telling a "fractured fairytale" about the old woman who got to catwalk during New York Fashion Week; in her mind, she was just being herself. The media's habit of sensationalizing "special" people didn't get to her: Guess what, she says, her successful journey was simpler and more jargonless than it seems. Be fun, she advises. Don't overthink the micropolitics behind becoming an "icon". Just be a good person, wherever you are.

The High Cost of Our Cheap Fashion by Maxine Bédat | TEDxPiscataquaRiver

Yes, the impact of fast fashion on the planet is a nebulous, hot-button topic. But what does that mean? In this TED talk, Maxine presents appalling statistics on the industry as an aggressive pollutant. According to a study of the world's massive power grids, the fashion industry is responsible for 10-percent of the world's yearly carbon output, which is five times the footprint of airline travel combined. This anatomization of unethical production systems is frankly depressing. Thankfully, it doesn't end there. Our money as consumers, Maxine argues, count as votes cast for a more ethical manufacturing world. Ask confrontational questions about the clothes and accessories you purchase, think hard about your consumption habits, and don't let the injustices cripple you into thinking you can't be a responsible shopper.

Fashion your future: Think more like a fashion designer by Suzi Vaughan | TEDxQUT

Suzi is a fashion designer as well as a fashion educator. She also got around to wondering what it means to think like a fashion designer, and how the skillset and attitudes championed by the industry could empower other fields. Fashion thrives on change, and creates a desire for change. Fashion requires imaginativeness, an observant eye, an antenna for thinking ahead of curve trends, a proclivity for mapping out future desires and needs. Fashion is evocative. Fashion bars one from overlooking simple things: The alphabet contains a sparse 26 letters, Suzi posits, yet it’s opened up billions of creative possibilities. Likewise, fashion nourishes and reinvents the most basic items, using them in forward-thinking outfits and projects that cater to the new.

What can't you learn from the study of style?