9 Things You Need to Know About Charlie Dizon, the Lead Star of "Fan Girl"

She's the rising star that's got everyone talking. 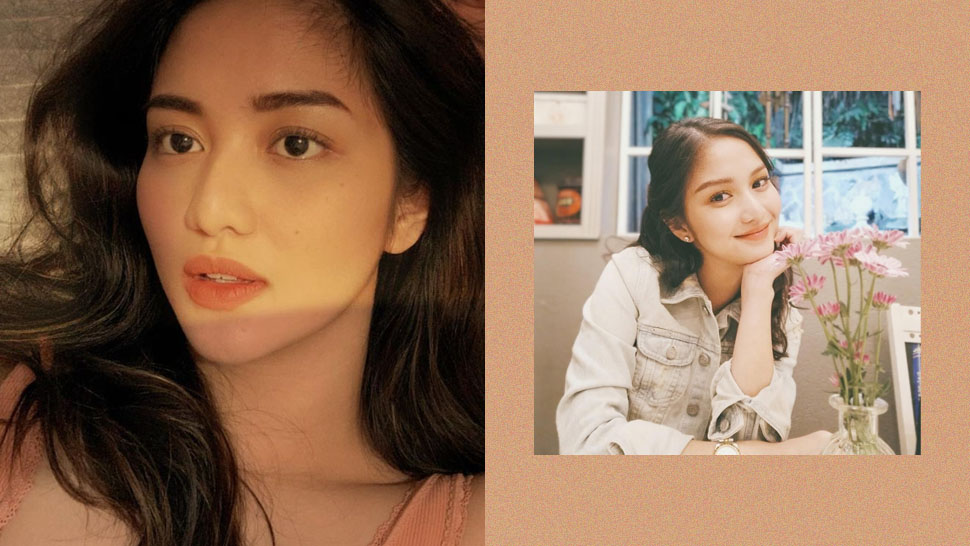 If there's one actress that's ending 2020 on a high note, it's none other than Charlie Dizon, the lead star of Fan Girl, which is undoubtedly one of the Philippines' best films this year. She might not be a household name just yet, but from the looks of how her career is going, Charlie already got her one-way ticket to stardom.

Curious to know more about this rising star? Here are some fast facts about her:

2. Her real name is NOT Charlie Dizon.

Everyone, meet April Rose Dizon Matienzo a.k.a. Charlie Dizon. In an interview, she said that she personally loves her screen name because it's "suitable for both sexes" and that ABS-CBN executive Charo Santos-Concio actually was the one that gave it to her! "When Ma'am Charo told me that Charlie suits me, I kind of embraced it," Charlie said.

3. Charlie was not the first choice to play Jane in Fan Girl.

For those who've watched Fan Girl, Charlie truly embodied the role of Jane, a teenage fan teetering on the edge of fantasy and reality when she finally meets her ultimate idol Paulo Avelino. But according to the film's director, Antoinette Jadaone, the production had already chosen their leading lady, but due to conflicts in her contract, the unnamed star had to back out from the project.

Because of so many delays and setbacks, the production had to send out another call out for auditions and, finally, found their Jane in Charlie Dizon. "Naka-set na kasi yung first shooting day namin, hindi na namin pwedeng mabago kasi tatlong beses na kaming napa-pack up for one reason or the other. Siyempre yung budget lolobo. Madalian, na-call kami ng one more leg of auditions. Doon pumasok si Charlie."

4. Charlie is now an award-winning actress!

5. Charlie was given direction to use "method acting" while filming Fan Girl.

Method acting is a technique used by actors to fully live out their characters even while off-camera. For Charlie, direk Tonet didn't give her an "artista tent" to use while waiting on set, but instead, she mingled with the production crew in-between takes. Charlie and co-star Paulo Avelino also limited their interactions with one another so as not to form a bond prior to filming. Direk Tonet spoke about this more in an Instagram Q&A with her followers: "Also, especially in the first days, bawal kausapin ni Charlie si Paulo. Wala din siyang aircon sa tent. Fan siya dito, hindi artista. So kahit in-between breaks, 'di niya pwede tsikahin si Pau. Ewan ko kung nakatulong pero kasi para ma-preserve yung awkwardness."

The much-awaited prequel of the 2013 cult classic, Four Sisters and a Wedding, is also available for streaming right now. Charlie stars as the bright and humorous Teddy, which was originally played by Toni Gonzaga.

7. Charlie trained as a K-pop idol in South Korea.

Before signing up as a Star Magic artist in 2018, Charlie had dreams of becoming a K-pop idol and even passed an audition to train in a South Korean talent agency. At that time, Charlie would fly back and forth from Manila to Seoul every few months to train as a K-pop idol. Due to problems with her visa and some contract issues, Charlie had to let go of her idol dreams. But because of this minor career setback, she was able to attain a college degree in Human Resource Management.

Even if Charlie is no longer part of the K-pop industry, she hasn't cut ties with the friends she made during her trainee days, like Nancy McDonie of MOMOLAND. In July, the two best friends reunited on Instagram Live and reminisced about the times Nancy would visit April (she calls Charlie by her real name, btw) in the Philippines. "We have a lot of unforgettable moments—I'm not sure if I should be open about it! But yeah, she's like my best friend in the Philippines. She took me everywhere. She was so nice. She always came to my hotel and picked me up. And she would show me all these great places and restaurants, and even people too! We had a great time. It was really awesome," Nancy shared.

In an exclusive video interview with Candy, Charlie revealed that she's a fangirl herself. SM Entertainment's five-piece girl group f(x) was actually the reason why she dreamt of being a K-pop idol and even got the chance to meet them backstage in a music show in Korea! (Check out more of Charlie's interview with Candy here.)

Did You Know? Charlie Dizon Was Not Allowed to Talk to Paulo Avelino While Filming "Fan Girl"

Did You Know? Charlie Dizon Was Not Allowed To Talk To Paulo Avelino While Filming "fan Girl"