It started all so innocently. I saw some short stories and videos posted on PEP.ph, the online version of  Yes! Magazine, of a cute little segment on GMA-7's Eat Bulaga, and thought it was charming. Then I got a text from Jae De Veyra Pickrell, Preview’s Features Editor, “Do you know what AlDub is?” She then asked me if I could do a story on them to accompany their cover, and that she was leaving the direction of the story to me. Her only non-negotiable was that there had to be an intro to what AlDub was because we couldn't assume that all the readers would know what it was all about. That’s when it went into overdrive.

“You will fall in love with love again!”

I became obsessed! If a friend mentioned some knowledge of AlDub, I would ask them to tell me all their thoughts, insights, impressions, theories, the works.  Some found it impossibly baduy; a friend of mine forbade her younger brother from posting his videos of his version of the Pabebe wave. A cousin who was injured in July and bedridden when AlDub first came out saw the chemistry from Day 1, and would meekly implore our friends to give it a chance and watch even just once, with the line, “You will fall in love with love again!”

Then the day for the shoot came. I wanted to be early, so I decided to have merienda in the coffee shop of Sulo Hotel.  When I heard the staff, “Nandiyan na si Alden,” the excitement washed over me. I met his manager first, and when I finally met Alden, there was an instant warmth and effortless affinity.  He obviously enjoys interviews, and those dimples are seriously way more lethal in person. He then had to meet two other writers, and I observed how friendly he was, and how he would always brush them aside when they would bring up his “titles.” 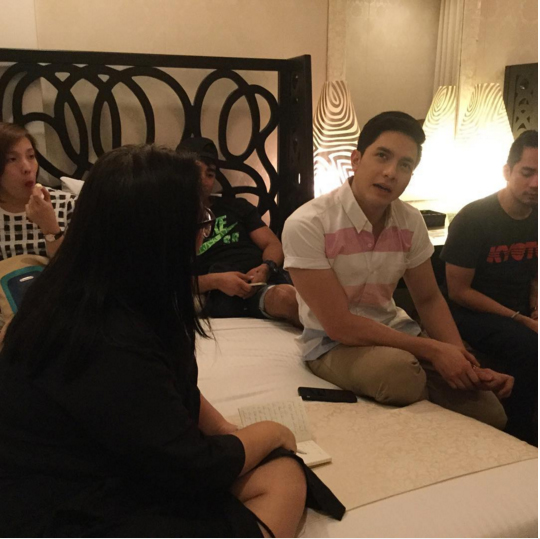 Maine was of course more reserved. At that time when we shot the cover, the big Tamang Panahon concert had not yet been held, so she had to keep some mystery. But it was so cute that she wanted to keep some of the outfits.  And when she feigned jealousy and attempted to “fight” Yanna Lopez, her stand-in for the Alden poses, she completely won over everyone at the shoot.  I started to read her blog archive, and found it quite entertaining and insightful. 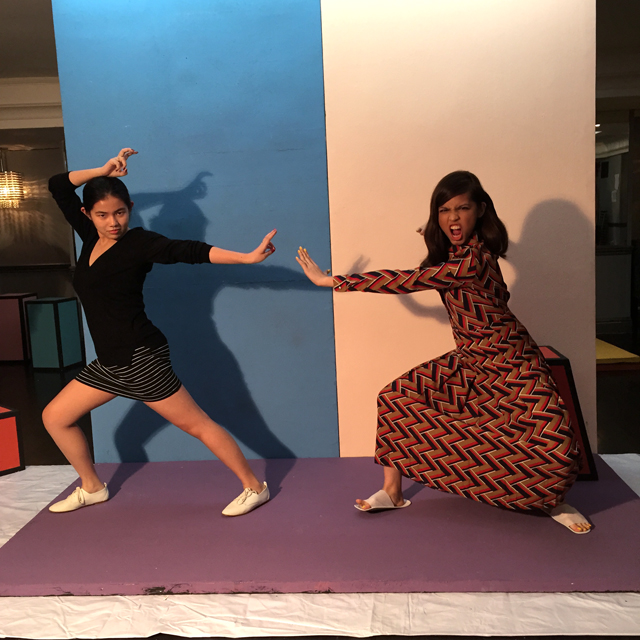 When the much-awaited first meeting came, I just had to tune in. It didn't feel right not to watch the culmination of weeks and weeks of research and online stalking. It really helped that there were no commercials. I loved how they kept on calling the Philippine Arena, Lola Nidora’s “bungalow!” And it was heartwarming that all ticket sales would go to Lando victims and building libraries. As an English major and book lover, this was a cause close to my heart. When Maine made her entrance, I made a mental note to find out who made her gown. As Alden, Maine, and Lola Nidora had their group hug, I had to admit that I was moved.

Of course, my online stalking has waned. I do know that movie queen Gloria Romero made an appearance, and that there will be a big party for Coca-Cola with AlDub. I am not quite sure if I have fallen in love with love again, but I definitely feel #kiligpamore.