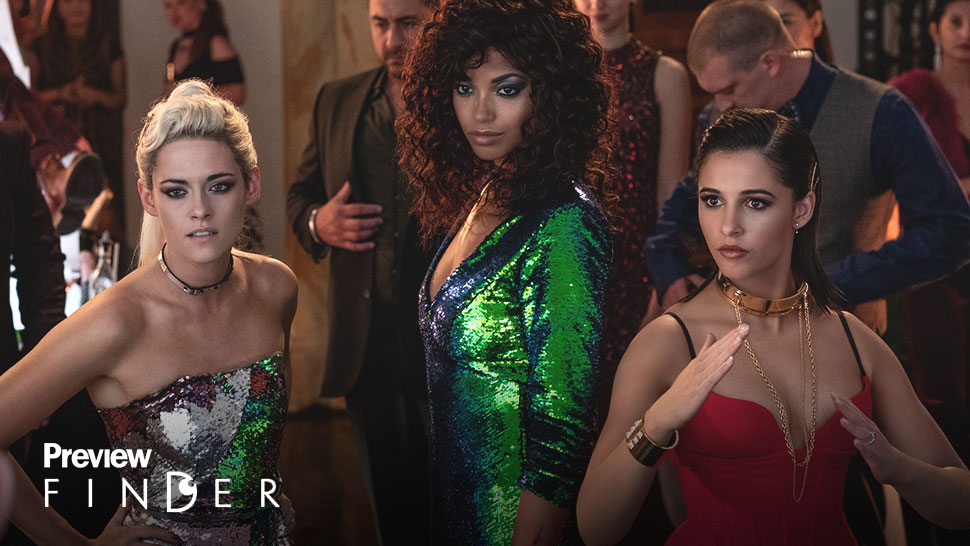 IMAGE Columbia Pictures
Plus, all the other things you can do this week around the metro!
Shares
Share
Tweet

Elizabeth, who also directed the movie revealed in an interview with Digital Spy, said that she hopes for the movie to have a greater universal appeal, which everyone can feel a part of. "I wanted the energy of the movie to feel very inclusive. I wanted to sort of say the Angels can come from anywhere. Charlie is not just a man anymore, but more of a movement. Charlie is more of an idea. That was an overarching theme in the film." As for whether that promise of inclusivity extends to the LGBTQ+ community after rumors of Kristen Stewart's character being gay started circulating the interwebs, she had this to say, "I just felt like she's almost the way Kristen is. I don't feel there is a label that fits her," Banks explained. The only thing that was important to me was to not label it as anything. It's fine if the media wants to label it, I think that's okay, but I didn't do that. I just let her be herself in the film."

2. Red Shoes and the Seven Dwarves

In this animated Snow White parody, seven cursed princes who have been turned into dwarves seek a pair of magical red shoes worn by a lady to break the spell cast upon them. Chloe Grace Moretz and Sam Claflin have leant their voices to the film, set to come out on November 13, 2019.

Starring Matt Damon and Christian Bale, this biographical sports drama regales the events that defined legendary automative designer Caroll Shelby and his team at Ford as they attempt to build a race car that can go head-to-head with the unbeatable Ferrari racing team.

Foreign film enthusiasts will definitely want in on the 3rd Hungarian Film Festival for a whole seven-day screening of some of Hungary's most iconic movies to date. To be held at the Shangri-La Plaza in partnership with the Hungarian Embassy, you can catch all the shows from  November 13 to November 17. For the official lineup, head over to their official even page here.

It's never too early to shop for Christmas at the Circuit Holiday Night Market in Circuit Makati from November 15 to 17, 2019. Aside from perusing through the best local food and finds, you can also join in on their annual Christmas tree lighting backed by "an outdoor cinema experience, musical guests, and contemporary dance performances!"

Head on over to their events page for more information.

10 Things To Remember Before Spending Winter In South Korea