She, quite literally, met Emily in Paris! 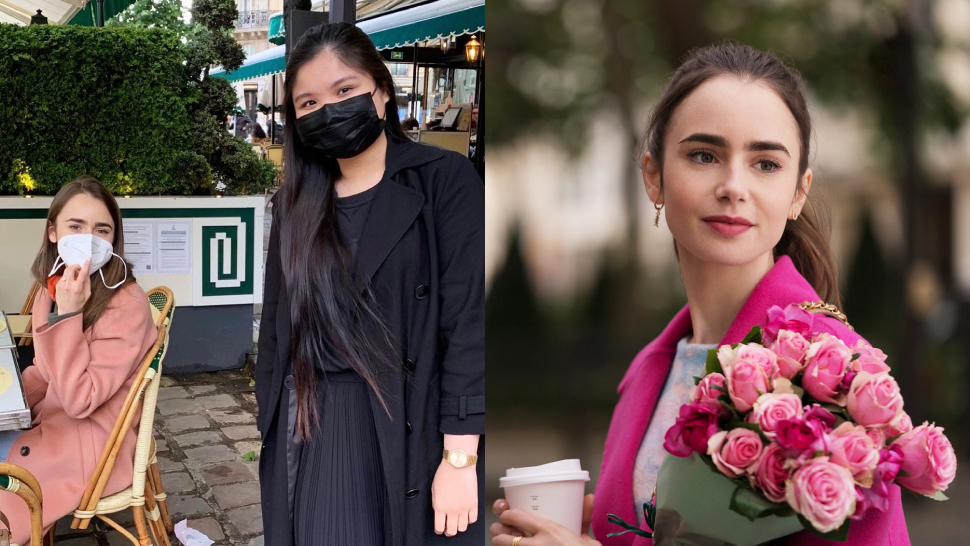 Every fan girl has one recurring fantasy in their head: just randomly and casually bumping into their favorite celebrity in the street, and finally finally meeting them in person.

While most of us might never be that lucky, a few fortunate fans have actually had this exact scenario happen to them. Take France-based Filipina Leona Diaz for example, who recently met Lily Collins in the City of Love. And before you say anything—yes, she, quite literally, met Emily in Paris!

Leona shared her experience in a TikTok video. According to her, it happened when she stepped out one day with her partner to explore the city. On their way home, instead of taking the Metro, they opted to walk instead so they could enjoy the beauty of Paris.

It’s safe to say they made the right choice, because right there, at the restaurant near their place, was Lily Collins in the flesh—presumably taking a break from filming the second season of Emily in Paris. “Nagulat po at first kasi unexpected po na makita ko po siya that day,” Leona said in an interview with Philippine Star.

According to the Filipina, the series is currently shooting in various locations, so seeing her at the Le Deux Magots was a pleasant surprise. FYI, the Le Deux Magots is a restaurant situated across Cafe de Flore, which was heavily featured in the show’s first season.

A fan of the Netflix series, Leona visited some of Emily in Paris’ filming locations last year. She even recreated a few of the scenes from the show!

Emily in Paris began production for season two earlier this May. Its first season was Netflix’s most streamed comedy series in 2020.