Here's a crash course on the glamazons competing to be the Philippines' first ever drag superstar. 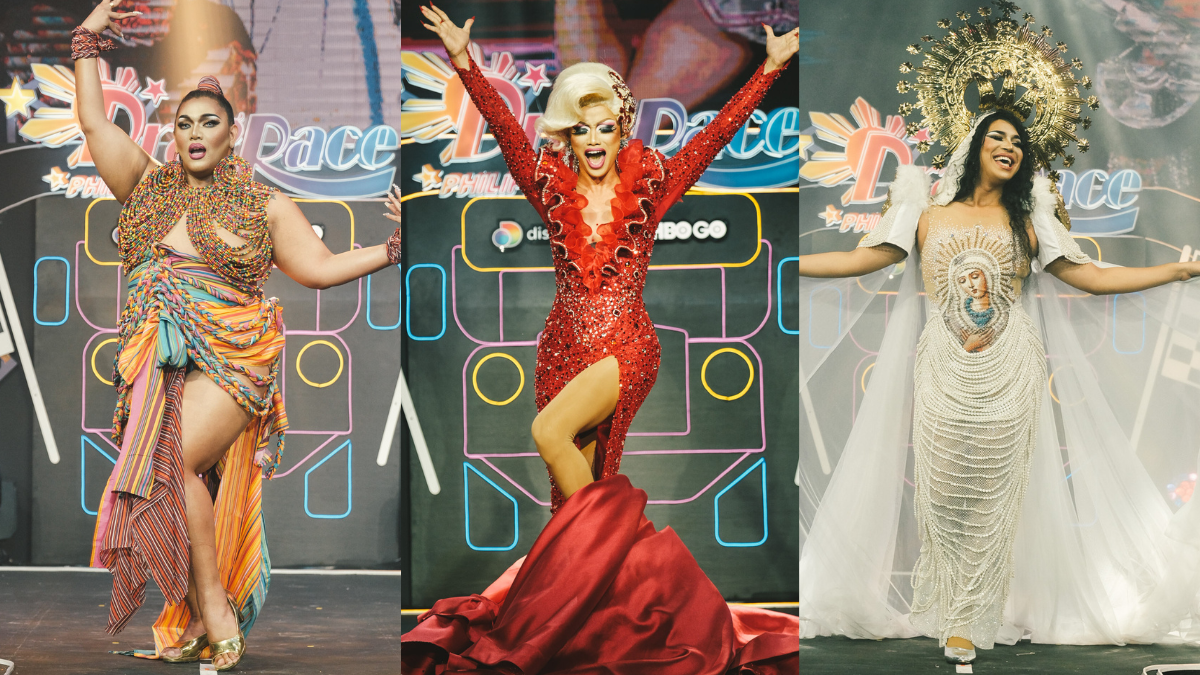 IMAGE Magic Liwanag via Drag Race Philippines
Here's a crash course on the glamazons competing to be the Philippines' first ever drag superstar.
Shares
Share
Tweet

In case you missed it, RuPaul's Drag Race has finally sashayed to the Pearl of the Orient! Last August 17, our very own edition of the reality-competition show had its much-awaited premiere, featuring twelve proudly Pinoy divas vying for the coveted crown. With a powerhouse judging panel, killer runway looks, and a whole lot of werkroom drama, old and new fans alike are surely in for an exhilirating watch every week.

To get you acquianted with the queens competing to be the Philippines' first ever drag superstar, scroll away for everything you need to know about each one of them:

Brigiding has seen the world over and is ready to claim her crown here at home. Having travelled and performed at nightclubs and Pride parades overseas (rubbing elbows with alumni from international iterations of the show), one can expect nothing less but world-class entertainment from the 30-year-old queen.

This pageant veteran is no stranger to competing (and winning), having bagged more titles that she can count on her well-manicured fingers. When Corazon isn't in one of her show-stopping gowns, she's either dancing the house down or designing looks for herself and her fellow queens.

When Eva Le Queen struts into the room, heels clack and heads bow down. As the matriarch of queer creative collective Drag Playhouse, Eva's strengths lie in creating conceptual ensembles that take inspiration from fictional villains, and working with whatever material to make audiences chuckle.

Dubbing herself as the Diva from Down Under, Gigi Era walks into the season as the supreme showgirl whose moves will make your jaws drop. We're talking splits, dips, kicks—the works!

Getting up in drag and performing on stage has been Lady Morgana's bread and butter for close to two decades. A proud Davao native, this queen is dedicated to spreading queer joy with a touch of old school class and sass.

It's sunny year-round in the Philippines, which means it's always Marina Summers' season. A ball of energy who loves the beach as much as she does the art of female illusion, the 25-year-old is always ready to get the party started. You can bop along with her to her latest single I Have Arrived.

Remember when Ariana Grande reposted a video of rally-goers singing along to her smash hit Break Free? The one responsible for making that crowd go viral is Minty Fresh, a drag performer who's a pop diva in her own right (make sure to stream her song Fresh). She's also imparted her impeccable makeup skills to "president" Nadine Lustre, having done her mug once for a shoot.

A diva of many faces and voices, Precious Paula Nicole is one of the premier drag impersonators in the country. Aside from embodying the likes of Mariah Carey and Regine Velasquez, Paula is also a staple at O Bar in Pasig, giving "birth" to a bevy of drag children over the years.

Making a visit to Earth as a die-hard Drag Race fan turned contestant herself is Prince. Known for her over-the-top makeup looks and fashion taste, the industry rookie is already a pro at making her sci-fi visions come to life.

A theater kid through and through, Turing always brings it when it comes to her dance and lip-sync performances. As the "big, bold, and beautiful" queen of the season, everything Turing does proves that one's talent and beauty isn't dependent on their size.

A comedy queen, hairstylist, and lipsync performer all in one, Viñas Deluxe enters the competition already as a total package. You've most probably seen her hilariously promoting her wigs all over social media, being the She-E-O of DeLuxe Wigs PH. The entertainer also caught our eye, as she was also an honoree in our inaugural Creative 25 list earlier this year.

Any drag artist who walks through the doors of Nectar Nightclub in Taguig knows the name Xilhouette. As the creative director and co-owner of the establishment, Xilhouette is considered the mother of many baby queens sprawling around the country. A big part of the matriarch's craft is paying homage to the queens who've paved the way for her and her kids' generation.

Make sure to tune in to all the fabulosities every Wednesday night on discovery+, HBO GO, and WOW Presents Plus. As mama Paolo Ballesteros, the show's main judge and host, said herself: May the best vakla win!