JUST IN: Jinkee Pacquiao Is One Glamorous Ninang at a Wedding Wearing Accessories Worth at Least P10 Million|Read more »
Culture | By Katrina Maisie Cabral - Dec 1, 2022 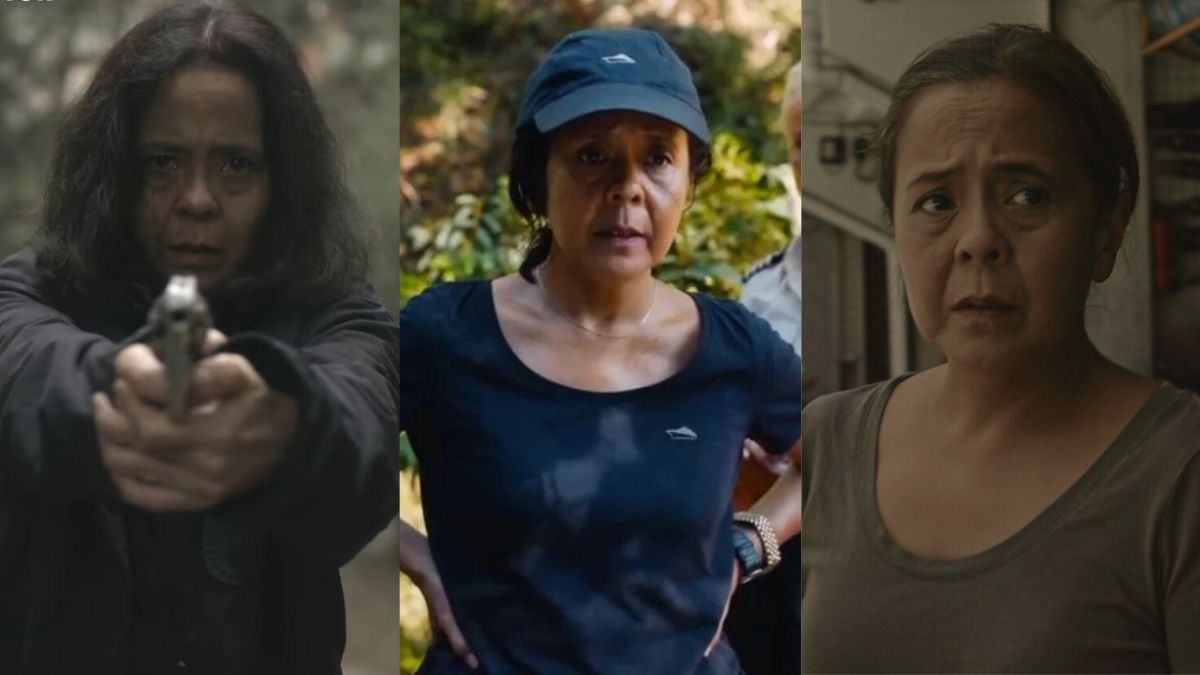 In case you haven’t stumbled upon the cinephile side of social media, news flash: Dolly de Leon is now everywhere! The Filipino actress has been making waves in the international film scene for her performance in Triangle of Sadness, with many critics ranking her high on Oscars prediction lists across the web.

But before she became Hollywood’s newest independent film darling, Dolly was a regular figure in the homegrown scene. From soap operas to award-winning indies, here are just some handpicked films and series to get your start on this acting standout.

A remake of the 1992 Aswang, the new version sees two children witness their parents’ murder by the hands of a subspecies of aswangs called Abwak. Their race is on the brink of extinction, and the secret to their rebirth can only stem from its queen, Lovi Poe’s Hasmin.

Acting chops are often tested on drama anthology shows, and Dolly is no exception. The actress appeared in the 2014 episode Ang Aking Kakaibang Pag-ibig, which touched upon the relationship between Jing (Chynna Ortaleza) and Clemen (Isabelle Daza). In the more recent episode My Kidney Belongs to You: The Philip Maala and Irish Maniwang Love Story (Rocco Nacino and Sanya Lopez), the two titular characters foster a romance despite adversity.

A talent manager spots the potential of Luis (Carlos Dala)’s younger sister Lulu (Barbara Miguel) on the fishing island of Silag, after making her rounds in numerous amateur singing contests. When she leaves for Manila, Luis loses communication with her, prompting the boy to begin his search for the lost girl.

The 2019 film sheds light on a domestic abuse case, as a wife seeks justice for the crimes against her and her daughter. Directed by critically acclaimed Raymund Ribay Gutierrez, the feature film was spotlighted at the Toronto International Film Festival and the Venice Film Festival, cinching the Special Jury Prize.

Watch it on: iWant

Interplanetary love is real in the Arci Muñoz-starring romantic comedy, where bad luck-stricken Jhon (Pepe Herrera) is on his last delivery errand before quitting his job to start a new life abroad. Not all goes well, however, when a Martian fugitive (Arci) mistakes his delivery box for a spaceship.

Set in a sci-fi version of Manila, the utopian bubble bursts when people start disappearing in the wake of mysterious blackouts. Four friends attempt to prove that it’s a hoax, until they soon discover what lurks among them.

Watch it on: HBO Go

Dolly isn’t a stranger to internationally award-winning projects! In the series version of the Emmy award-nominated On the Job, the actress portrays Inday Arcega, one pawn among the many dynamic characters in the crime syndicate drama.

Watch it on: HBO Go

The HBO original dabbles into the mythology of Asian countries, with one of them delving into the mangkukulam and albularyo often told in the grandparents' tales, directed through the lens of veteran filmmaker Erik Matti. In the episode 7 Days of Hell, Dolly plays righteous police officer Lourdes, whose son becomes a victim of a curse.

Watch in on: Bilibili

It’s 1957, and Filipino vaudeville icon Hernando Alamada (John Lloyd Cruz) is on the last leg of his performance tour aboard the Mayflower cruise ship. The black-and-white Lav Diaz film sees the Philippines grieved by the sudden of then-President Ramon Magsaysay, as the country tries to get by with its still poverty-stricken barrios and their colorful characters—among them being Dolly’s Dahlia.

Touted as Dolly’s breakthrough film for a potential Best Supporting Actress Oscar nod, Dolly plays Abigail, a cleaning crew member in a luxury cruise filled to the brim with ultra-rich passengers, including supermodel couple Carl (Harris Dickinson) and Yaya (Charlbi Dean). When a storm hits the boat, the billionaires find themselves shipwrecked on a desert island, where social hierarchies are tested, and Abigail becomes the new “captain.”

This Filipina Actress Is a Frontrunner for the Upcoming Oscars, According to Critics