LOOK: Julia Barretto Is Ready for Mature Roles, Which Means Living Life on Her Own Terms|Read more »
Culture | By Em Enriquez - Sep 29, 2022 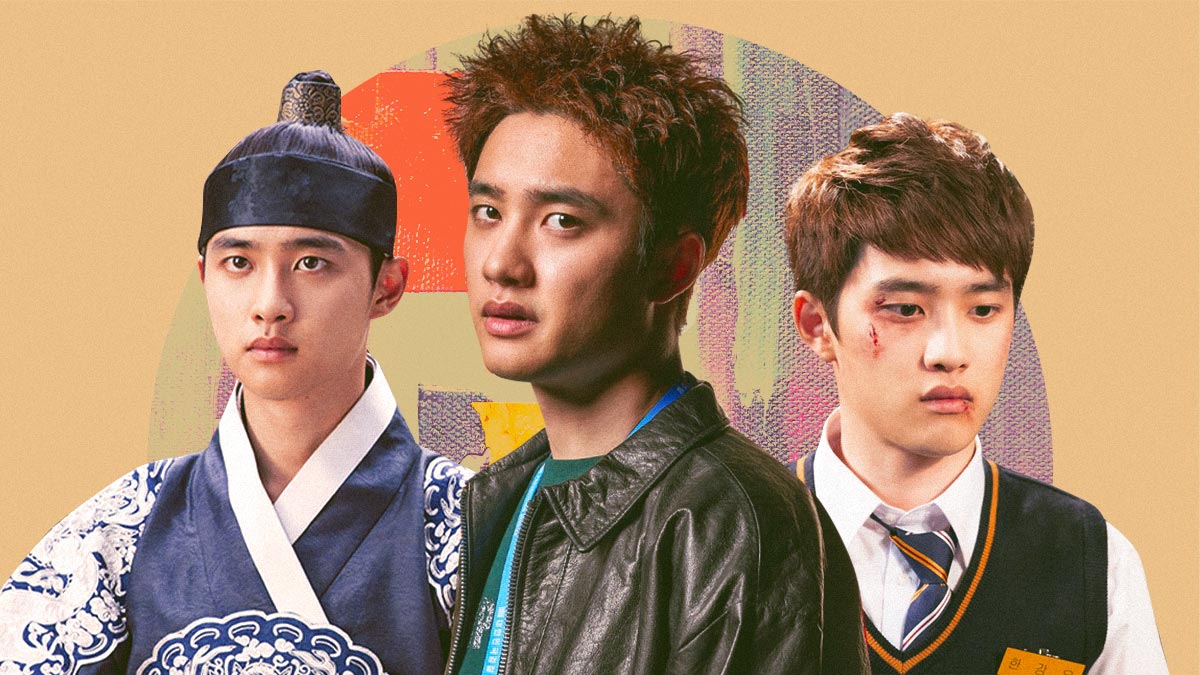 Doh Kyung Soo, or more commonly known as D.O., is a face beloved by many. As a member of K-pop boy band EXO, the 29-year-old is adored all over the world for his boy-next-door looks and buttery-smooth vocals.  Alongside his career as a performer, Kyung Soo has also delved into acting, having lent his charm to characters in a wide variety of K-dramas and movies. Whether you're into action-comedies, segueks, or sweet rom-coms, there's surely something to binge from his repertoire. Check out 7 of our top picks below:

Once an idealistic but out-of-touch crown prince, Lee Yul (Kyung Soo) loses his memory after a near fatal incident. He finds himself under the care of Yoon Yi-seo (Nam Ji Hyun), a peasant woman who runs their village's first private detective agency. For the next 100 days, Lee Yul assimilates himself into life as a commoner, while Yi-seo looks for a husband to shake off her nickname as "Joseon's oldest unmarried woman."

The whole nation is in love with Jang Jae-yeol (Jo In Sung) and his mystery novels and shows on the radio. He's accumulated quite the number of fans, which includes high school student Han Kang-woo (Kyung Soo). Though, what many don't know about him is that a traumatic past looms over him and his actions. This is something he eventually shares to Ji Hae-soo (Gong Hyo Jin), a newbie psychiatrist who also has some issues that need resolving.

A Robin Hood of sorts, prosecutor Jin Jung (Kyung Soo) will stop at nothing to get down to the truth and to punish the corrupt. His methods are absolute madness, as he makes use of expedient procedures and brute force. Supervising him as his senior is the less unhinged, but still as passionate Shin A-ra (Lee Se He).

It was the summer of 1991 when Beom-sil (Kyung Soo) met his first love, Soo-ok (Kim So Hyun). The more time they spent with one another, the more the thought of spending the rest of their lives together blossomed. Along with three of their friends, they go through a summer that none of them will ever forget.

Doo-young (Kyung Soo) suffers from an optic injury at one of his Judo tournaments, leaving him blind for life. With his parents already gone, his swindler brother Doo-shik (Jo Jung Suk) gets released from prison on parole. While at first hesitant, Doo-young eases up to Doo-shik, and the two train towards winning gold at the 2016 Rio Paralympics.

On the hunt for a side gig to help pay his student loans, Tae-jung (Kyung Soo) comes across an opening at a DVD store owned by Doo-shik (Shin Ha Kyun). While on the job, the clueless college kid sorts through piles of CDs and comes across, to his immense surprise, a corpse. His boss assures him, though, that he has a plan.

At the height of the Korean War, North Korean soldier Ro Ki-soo (Kyung Soo) gets thrown into a prison camp and discovers a love for tap dancing, thanks to American officer Jackson (Jared Grimes). Jackson, who used to be a Broadway performer, is tasked to organize a dance company within the camp. This piques the interest of Kang Byung-sam (Oh Jung Se), Xiao Pang (Kim Min Ho), and Yang Pan-rae (Park Hye Su), all prisoners who can also move their feet.

This Cozy Farmhouse Rental Has Gorgeous Views Of The Nasugbu Mountains