6 Fabulous Details to Love About the Downton Abbey Movie

Especially for the true-blue fans! 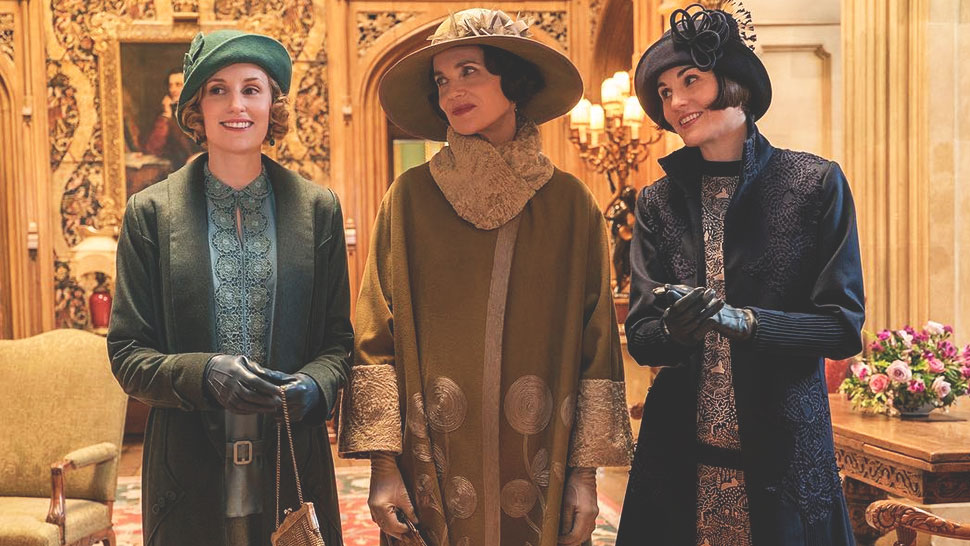 The Downton Abbey movie has arrived. After a two-year wait since the series ended, fans were finally able to head to theaters to catch the Crawleys and the Downton Abbey staff go back to their old antics.

The plot revolves around a royal visit to the country home, inspired by real events, and everything fans love about the show is contained in the movie. Here, we've rounded up all the details every fan will be delighted to see.

If you've seen the trailers then you very well know that King George V and Queen Mary are making their way to Downton. While the royal visit comes as a shock to the family, who aren't at all on a personal level with the monarch's family, they immediately get into preparations for the affair. For both the Crawleys and their staff, this means a whole lot of sprucing up for the majestic country house.

All the cleaning and repairs reveal Downton Abbey at its best. And with the staff in (almost) full force, it's much like a look into how the Earl of Grantham probably lived back during the prime of the grand home.

2. There are details based on real-life events.

The aforementioned royal visit was inspired by an actual historical event: King George V and Queen Mary's visit to Wentworth Woodhouse, a stately home in Yorkshire. It's also interesting to note that the pair had visited Highclere Castle in February of 1917.

History buffs will be thrilled to discover that some precious royal gems made their way into the film, specifically the famous Vladimir tiara owned by Queen Mary. In reality, the tiara had been passed from the pre-Russian Revolution period to Grand Duchess Elena Vladimirovna, from whom Queen Mary had purchased the jewels which she later on redesigned to suit her tastes.

3. The upstairs and downstairs characters are back to their scheming. 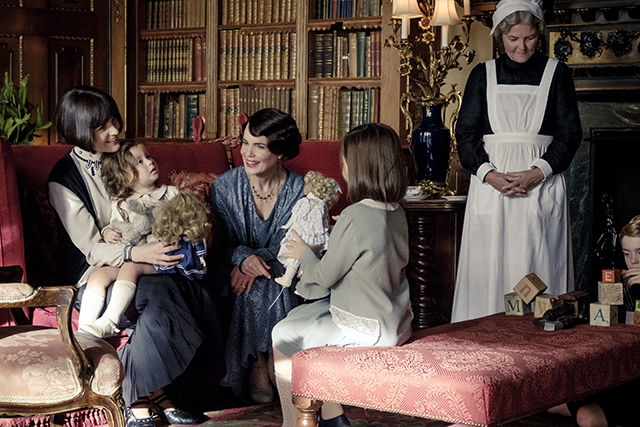 Fans may have grown to love Downton Abbey's Highclere Castle and the whole old-world charm, but really, one of the main draws of the series is the behind-the-scenes look into the lives of the beloved characters. That, of course, includes a whole lot of scheming. This time, however, it's an unlikely group that's engaged with the scheming.

4. There's plenty of exciting drama to look forward to.

With scheming comes drama and in Downton, there's never a shortage of it all. The characters all have their own battles, and like the series, the movie also includes mystery, romance, and many other surprises that will captivate audiences. In case you've forgotten, the show can get pretty shocking at times. We're not saying it's something along the lines of Kemal Pamuk's ordeal, but it's exciting nonetheless.

5. A bunch of old characters are making a comeback.

What would the show be without the Crawley's beloved butler? Aside from Carson, however, a few more characters make an appearance. We won't name names, but one of the most amusing scenes involves this old character.

Despite that, the movie's new characters don't pale in comparison to the rest of the cast. In fact, many of these new characters have grown to be loved by even the unlikeliest of characters and vice versa.

6. Fans will get the closure they needed—and then some.

The show's finale ended on a high note. But fans who have seen the movie say it gives enough closure without going too overboard. In fact, movie director Michael Engler said that there's always a potential for a sequel. It's something that Downton Abbey writer Julian Fellowes agrees with.

Even the cast members are interested in continuing the story. "How many movies were there of Star Wars? This could run and run," joked Hugh Bonneville, who plays Lord Grantham, in a Vanity Fair interview.

And with the movie besting Ad Astra, Rambo: Last Blood, and more at the box office, it's likely we'll see the abbey again soon.