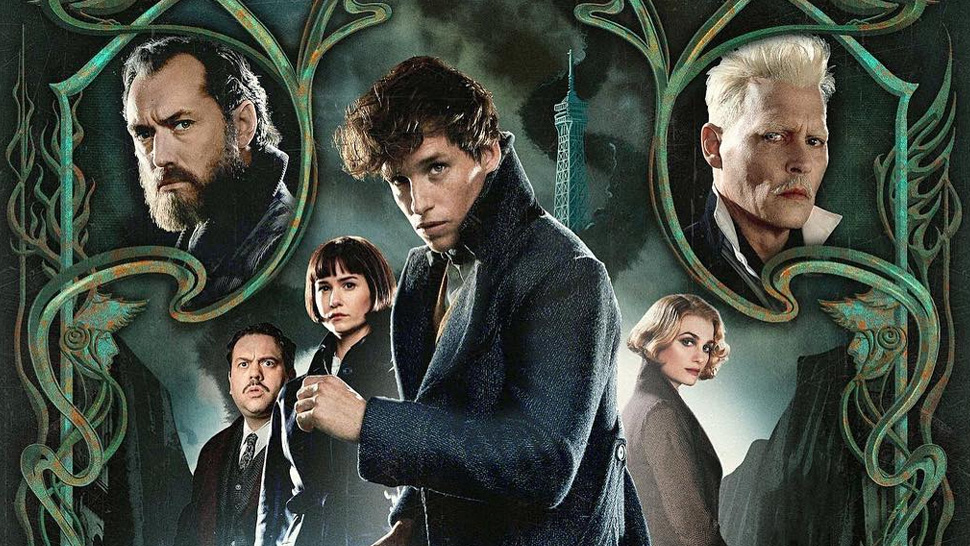 IMAGE INSTAGRAM.COM/fantasticbeastsmovie
The Fantastic Beasts sequel will have you on the edge of your seat.

J.K. Rowling brings us back to the wizarding world with Fantastic Beasts and Where To Find Them sequel Crimes of Grindelwald. The film is darker, shrouded in mystery, and tackles a lot more mature themes compared to its predecessor or any Potter film before it. With director David Yates, who worked on the last four Harry Potter films, J.K. expands our knowledge of the wizarding community and the world they live in with a rich and intricate story that threatens to burst at its seams.

Is too much, too much? For this film, we dare say it isn’t. J.K. intelligently weaves her web of magic flawlessly and with a clear end in sight. But be wary, Crimes of Grindelwald isn’t for the faint-hearted fan.

What I loved about the film…

1. It makes you appreciate the Harry Potter universe a lot more.

Crimes of Grindelwald is the second film of a five-part movie series that is said to tackle the first Global Wizarding War and the historic duel between Dumbledore and Grindelwald. These events were mere Hogwarts textbook facts during the Harry Potter series, and seeing it unfold on screen, especially for fans, is definitely a treat. The film is also peppered with easter eggs here and there that allow viewers to connect certain details and facts from the Potter series.

It’s the late 1920s and other than the fear of being exposed to the non-magical community, Wizards are discouraged and sometimes banned from building relationships with No-Majs or Muggles. Then there’s Gallert Gindelwald (Johnny Depp) who’s deceitful and charming as he is cruel and evil, and with his twisted philosophy he leads with a sort of Hitler-esque flair. He’s not ghastly like Voldemort, but more sophisticated and refined—a wolf in sheep’s clothing if you will. It is because Grindelwald is more real and true-to-life that makes him horrifying.

The film is like a parallel narrative on current social issues like racism, fascism, and political bullies, since we live in a world where the better you talk, the better you please, you can rule the world and apparently get away with anything. This makes the film’s real villain not a person, but a twisted ideology spreads like a virus, which is honestly more difficult to defeat.

3. The production design and costumes are otherworldly.

Costume designer Colleen Atwood  (Memoirs of a Geisha, Alice in Wonderland) outdid herself yet again by creating wearable, personality-driven, and era-accurate outfits that suited and enhanced each character in the film. Even without speaking, you can tell right away what each wizard is like, who they are and what they’ve been through by just looking at their costumes.

4. It’s about identity and why knowing who you are matters.

Some of the most important characters in this film are lost and confused up until the end. Ezra Miller’s Credence is put front and center in Crimes of Grindelwald, and his character’s search for his lineage fuels him to make emotional yet flawed decisions. Same goes with Zoe Kravitz as the mysterious Leta Lestrange. What I admire about films like these is their power to do more than just entertain, and to make audiences experience certain themes and lessons along with its characters. COG handles this beautifully as each character is driven by a desire to know and prove who they really are and what they really want. Because isn’t that what everybody strives to have? A sense of purpose?

Not to be cheesy, but the lighthearted parts of this film involve Newt Scamander’s (Eddie Redmayne) smitten affection for Tina Goldstein (Katherine Waterston) and the entangled relationship between No-Maj Jacob Kowalski (Dan Fogler) and Queenie Goldstein (Alison Sudol). Not to give anything away, but the chemistry between Newt and Tina soars in such awkward fashion that you can’t help but smile. And those moments are exactly what we need in a movie this dark.

6. It’s about standing for what is right, not what is easy.

One of the most notable quotes from Newt in the trailers is, “I don’t do sides.” This line actually sets the mood for the film as it unravels into an intricate story of deception, power, and political ideals. As the last arc of Crimes of Grindelwald happens, each character is faced with a difficult choice that every person must make—and this film doesn’t sugar coat the consequences that come when you stand by your beliefs. In the end it’s about choosing a side, and if that choice is a selfish one or for the greater good.

As a devout Harry Potter fan, there’s nothing you won’t love. But if you haven’t seen or read any Harry Potter-related material prior to seeing this film, it might be difficult to watch. In Crimes of Grindelwald, the wizarding world has already been established and there are less introductions and explanations, which ultimately requires its audience to have even the tiniest bit of knowledge about the lore that surrounds it. It doesn't help that the last half of the movie is jam-packed with blink-and-you'll-miss-it clues, even more reason to brush up on your HP knowledge.

Over-stuffing a film with plot and characters is usually a no-no, but J.K. proves she was up to the task. There are no loose ends—only the ones she explicitly left undone. Just be ready to take in everything. This isn’t just a popcorn movie.

Crimes of Grindelwald is a dark mystery/action/love story brilliantly written into one magical film. It’ll leave you wanting more from the lavish wizarding world J.K. Rowling created, and more intrigued about the characters you’ve grown to love over the years. So yes, it’s worth the ticket and your time. Escape and get educated with Newt and his creatures, and you’ll come out of the cinema bewitched for sure.