DID YOU KNOW? Vanessa Hudgens' Stunning Met Gala Look Is a Homage to Her Filipina Heritage|Read more »
Culture | By Jam Nitura - Jan 15, 2020

They still managed to push through with their wedding plans even after their suppliers had to cancel on them. 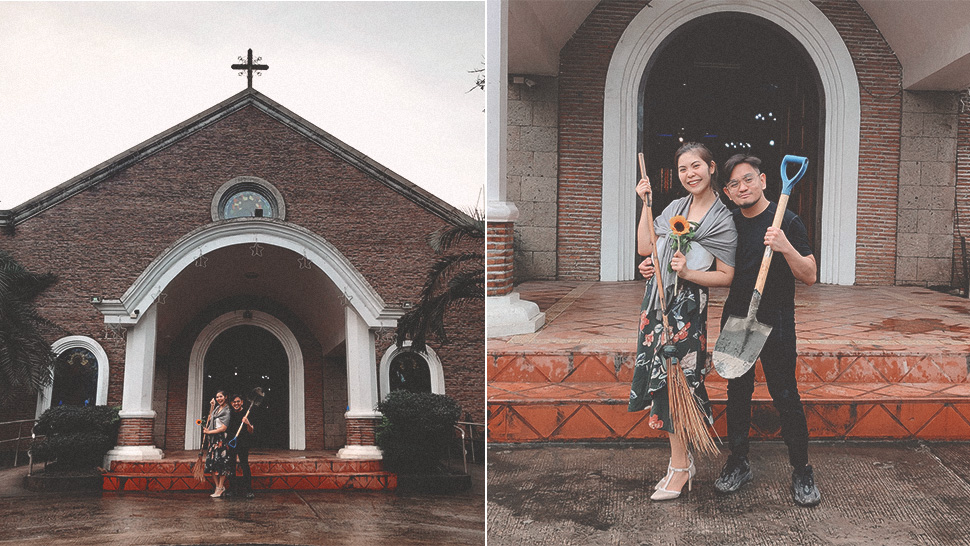 IMAGE FACEBOOK/Patrick Feliciano
They still managed to push through with their wedding plans even after their suppliers had to cancel on them.
Shares
Share
Tweet
Comments

As disaster hit the country Sunday night, so did the wedding plans of Patrick Feliciano and Maricar Gertes. While a few couples were lucky enough to have been able to still exchange vows decked in their ivory gowns and sharp suits during Taal Volcano's phreatic eruption, Patrick and Maricar couldn't get as far. In fact, they had to watch their weddding suppliers and guests understandably cancel on them one by one, while en route to their hotel in Tagaytay last January 12.

Since their romantic engagement in Paris in 2017, the couple's supposed dream wedding had been meticulously planned out for the next two years. However, everything quickly fell apart in less than a few hours.

"It was really difficult... We have put a lot of energy and money during the wedding planning. Two years of planning down the drain. It was heartbreaking but safety is now a concern, so that became the primary reason to postpone our event," Patrick said in an interview with ABS-CBN News. "I got in touch with our coordinator and it dawned on us to postpone the wedding... Me and my wife would not endanger other people's lives just to fulfill our dream wedding."

However, despite having no sleep at all, the couple found it in themselves to push through with their wedding the next day—a simple, intimate ceremony without the fanfare.

"Me and my wife would not endanger other people's lives just to fulfill our dream wedding."

"Kahit di natin nakamit ang dream wedding natin, for me this is the Best Wedding.. I love you asawa ko, Maricar Gertes!" Patrick's caption read, in which he good-naturedly added the hashtag #TheDisasterWedding.

The post was accompanied by photos of their quick and simple ceremony as witnessed only by a priest and a select few of their family members in a relatively empty San Antonio de Padua Church. "I considered it as the best wedding because I feel relieved, we all survived and we received God's blessing. And though we do not have guests, mine and her family are there and that is more than enough," Patrick in the same interview.

Patrick revealed that he and his wife still plan on having the ceremony that they had orginally worked on, or a renewal of vows at least, in the near future.

According to a recent report by CNN Philippines, 212 earthquakes had been recorded by Phivolcs since Sunday, with the number only expected to grow in the following days as Taal remains on Alert level 4. "Such intense seismic activity probably signifies continuous magmatic intrusion beneath the Taal edifice, which may lead to further eruptive activity," announced Phivolcs.

Noah Centineo And Lana Condor Are Both Coming To Manila!