ICYMI: All the Times Bea Alonzo Had the Best Clapbacks to Bashers|Read more »
Culture | By Jam Nitura - Jun 26, 2020

This Couple Had a Kiddie Party-Themed Wedding at McDonald's 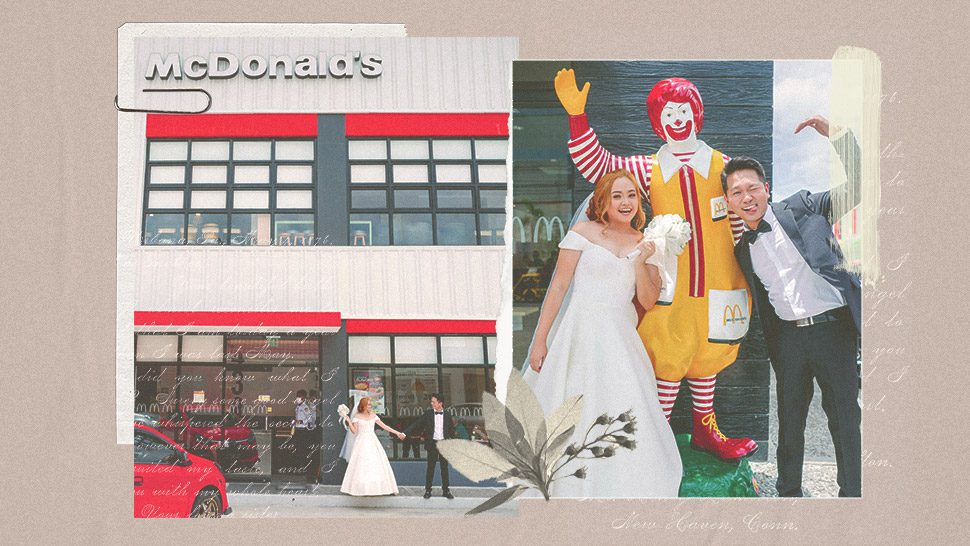 Manuel and Gale Luna’s love story is anything but ordinary. The pair first got together in college, eventually separated, but reunited five years later. Their engagement was a spectacle, to say the least, and it started out with a huge misunderstanding, too—at a Moira dela Torre concert, no less. The hilarious mishap? Moira thought Manuel was cheekily proposing to her! Thankfully, the singer soon realized what was happening and called Manuel up the stage so he could finally pop the question. Gale said yes, obviously!

After their whirlwind engagement, Manuel and Gale had originally planned to tie the knot at Roxas City on May 20. Alas, fate (and a debilitating virus) had other plans. The pair decided to forego their church wedding and opted for a civil ceremony instead.

Manuel was set to wear a suit, while Gale pursued every little girl’s dream of wearing an ivory wedding gown, despite the small affair ahead, and the unforgiving scorching weather. That said, comfort remained an important factor for their special day. The groom’s brilliant idea? To hold the wedding at McDonald's! (Yes, we mean the fast food chain!)

Thus, on June 16, 2020, their kiddie party-themed nuptials at McDonald's commenced! And yes, guests gladly went home with Happy Meals for souvenirs. Ridiculous or hilarious as it may sound, Manuel and Gale had no qualms about their chosen location if it meant finally getting to say ‘I do.’ “When the wedding happened…hindi namin naisip na McDo siya, it feels like it’s a magical place kung saan kami nagtagpo,” shares Manuel.  Cue the tears, and Moira’s Tagpuan song!

Watch the full video below as Manuel and Gale recall their McDo wedding!

These Real Brides Will Convince You to Consider Colored Wedding Gowns