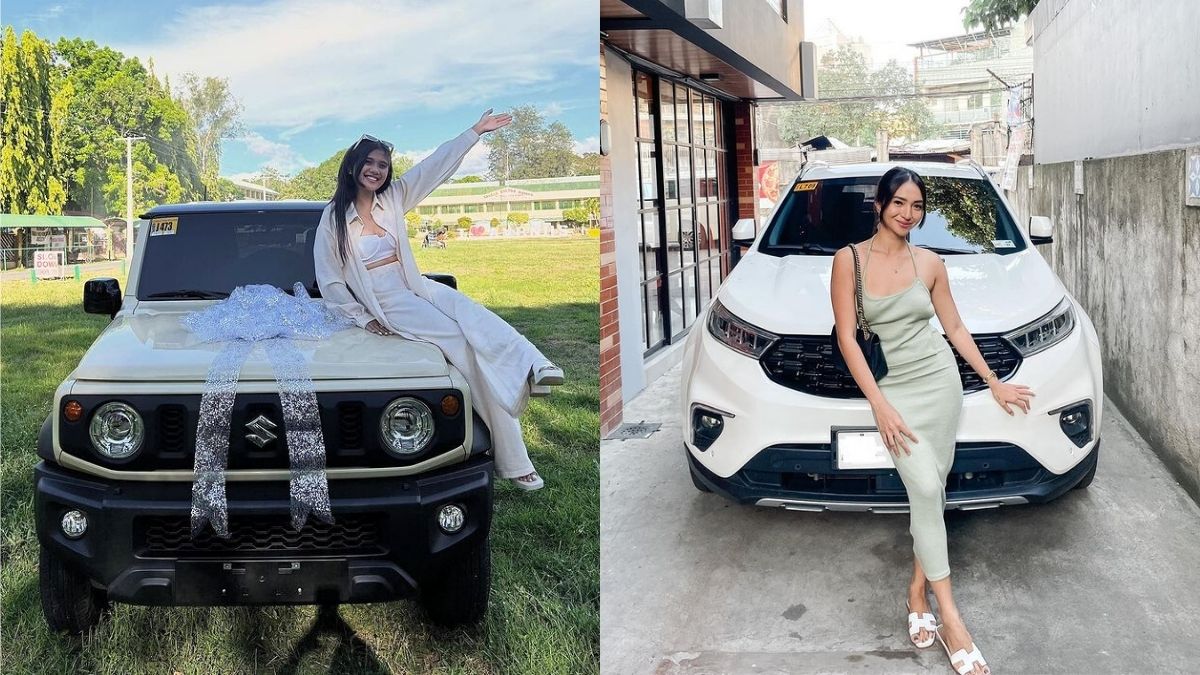 Buying a car is a dream for many, but it's also a decision that needs to be carefully thought through because they don't exactly come cheap. For fans of these content creators, especially those who have been with them since day one, it's incredibly touching to see them go from having barely any followers to finally purchasing their own vehicles using their hard-earned money.

Below, we round up a few twenty-something content creators who invested in their first ever car:

Ashley celebrated her 23rd birthday in 2022, and just in time for her special day, she posted a vlog about buying her dream car: an ivory-colored Suzuki Jimny. "I think this is the car that represents me the most because of my style," Ashley shared in her vlog.

7 Easy and Adorable Hairstyles to Copy from Ashley Garcia

In the latter part of 2021, content creator and author Gwy Saludes purchased her first car, a Toyota Corolla Cross. She even took fans along during the process of purchasing it in a vlog!

YouTuber Ry Velasco bought her first car in 2021, just a few months before turning 23 years old. Ry purchased an SUV from BMW. She also thanked her followers for helping her achieve this milestone, and even vlogged the process to share it with fans, especially those who've seen her grow her channel from scratch.

After much contemplation, 24-year-old vlogger Hazel Quing decided to buy her first car, which is a dream come true for her! Prior to owning her own vehicle, Hazel would often borrow the car her mom used whenever she needs to go out, and because their schedules would often overlap, Hazel decided to finally invest in one.

In 2021, Gen Z content creator Pamela Swing purchased a car of her own, a Ford Territory. In a vlog, Pamela shared that she picked up her car with fellow content creators and even drove on the Skyway for the first time ever!

YouTuber Angel Dei Peralta couldn't contain her kilig when she bought her first car! Angel purchased a white Ford Territory, which she said was hard to come by at that time. Even though it wasn't initially her first choice for her first car purchase, Angel was super amazed with the safety features of the vehicle that she decided to go for it instead.

In 2021, TikToker and YouTuber Marvin Fojas finally got to buy a car with his own hard-earned money. Marvin documented this new milestone in a vlog to share the good news with his fans. It turns out, Marvin's family didn't know that he purchased a car, so he decided to suprise them when he went home for Christmas. Awww!

Just shy of turning 20, 19-year-old Bella Racelis bought her first car as one step towards her adulting journey. According to Bella, she decided to invest in a van for herself because she would often need to travel to Manila for work. She also bought it for her entire family to use.