DID YOU KNOW? These 6 Filipina Actresses Are Also Talented Singers|Read more »
Culture | By Chynna Lim - Mar 11, 2018

Let's take a walk back to memory lane. 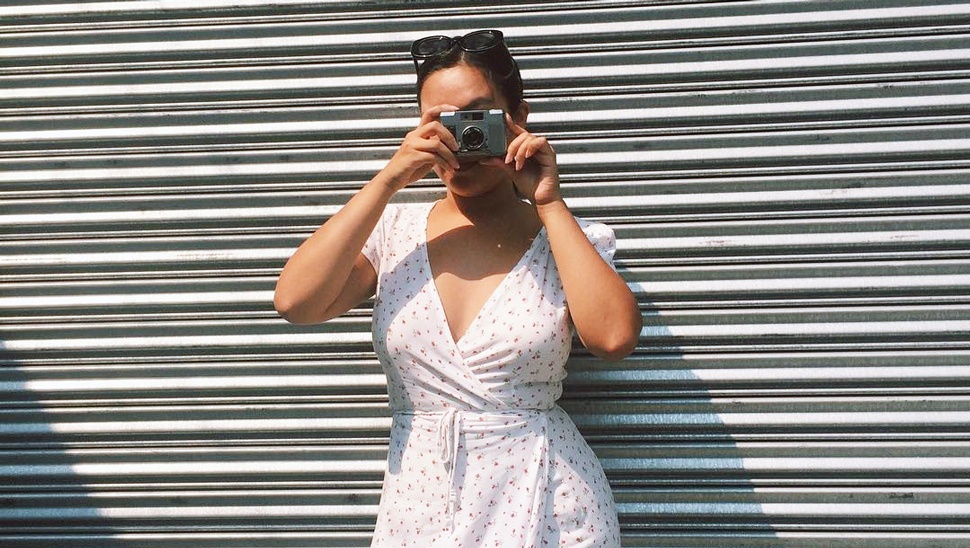 You’ve graduated from those film-emulating smartphone apps and now, you’re ready for the real deal—an actual film camera. It’s intimidating knowing you have so many options at your disposal, not to mention learning the technical specs of each camera. So here, with the help of Ateneo De Manila University Visual Journalism Program Coordinator Aaron Vicencio, we give you a simple guide of what you need to consider before purchasing your first film camera. Read on!

Step 1: You have to invest.

Buying a film camera is an investment. Not just because you're possibly going to purchase a vintage camera, but because it's a more difficult medium to manage compared to digital cameras. For example, you can’t take multiple photos for multiple options here. And most importantly, remember that choosing a film camera comes with the added process of purchasing (and repurchasing) film, and finding a trusted developer. It takes around a week for stores to get that sweet roll developed. So if you’re ready for the whole shebang, then onto the next step you go!

Disposable cameras are film cameras meant for one-time use; the whole camera is either discarded or recycled after the film is removed and developed. It employs a simple wind-and-shoot mechanism. Disposable cameras often come with flash or waterproof options. Film SLR cameras use a built-in mirror system that allows the user to see exactly what will be captured on the film (unlike the previously mentioned cameras, which have a parallax effect wherein what is seen on the viewfinder is slightly different from what is seen on the film). Film SLR cameras come with a wider range of options and with adjustable settings.

Film cameras come in different weights, sizes, and shapes. You should take into account what you plan to use your film camera for and decide which model is most convenient for you. Are you bringing it in your travel backpack or in your small, everyday purse?

Look for sample photographs of the cameras and film you’re considering. Google, Pinterest, Instagram, and Flickr are reliable places to start in your research. Type in the hashtag #35mm for example, and you will see the endless posts of photos taken with a 35mm film SLR camera. Examine the colors, grain, and overall visual effect of the film camera, and then decide if it fits your personal taste.

Locally, film cameras are can be purchased online through Facebook groups or Instagram shops. Check out Film Photography Swap, Lomomanila Marketplace, and The Vintage Collective on Facebook, and Film4ever on Instagram. A word to the wise: be smart. When contacting a seller, ask for sample photos of the camera, ask if taking a test shot is allowed, and carefully examine the camera if the parts are clean and functioning.

Lock and load your film, and shoot away! Enjoy the process—from the shooting, the long wait, and the rewarding result (and don’t forget to get digital copies to ‘gram).

Here’s Why You Look Like an Espasol Under Flash Photography

Review: This App Turns Your Smart Phone Into a Film Camera