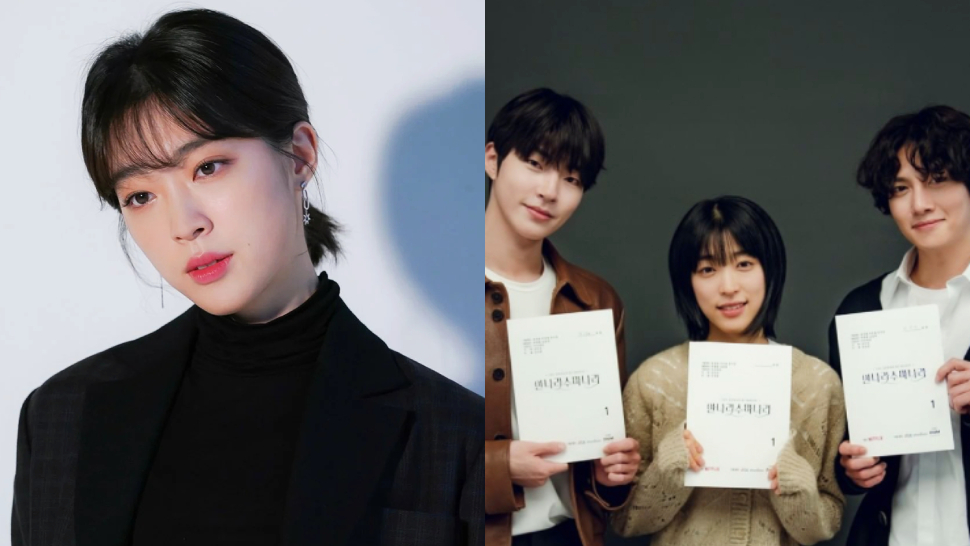 Heads up K-drama fans, there’s a new rising star to watch out for and she goes by the name of Choi Sung Eun. Though still considered a rookie in her field, the rising actress is brimming with potential if her achievements from her past projects are any indication. Luckily, we’ll soon get to see her in action now that she’s poised to make it big this year as the star of Netflix’s upcoming Korean fantasy drama The Sound of Magic, where she’ll be acting alongside Ji Chang Wook and Hwang In Yeop, no less.

Curious to know more about her? Here are 10 quick facts you need to know about Choi Sung Eun.

2. She debuted with the movie “Start-Up”

Sung Eun officially entered the acting world not too long ago in 2019 with the comedy drama film Start-Up. It starred Park Jung Min and Jung Hae In as two young men who come of age as they go through the ups and downs of adulthood. For her part, Sung Eun portrayed So Kyung-joo, a troubled teen who crosses paths with Jung Min’s character, Go Taek-il.

3. She’s already won an award for her acting.

While the movie itself received lukewarm reviews from critics, Sung Eun managed to garner recognition for her debut performance on Start-Up. A writer from The Korea Herald wrote: “Choi Seong-eun is a little known rookie with potential…”  Not only this, but she also won Best New Actress at the 25th Chunsa Film Art Awards. It’s safe to say she definitely hit the ground running and we can't wait to see more.

4. You can also find her in the Korean anthology series “SF8”

Following her stint on Start-Up, Sung Eun joined the 2020 crossover science fiction drama SF8. An anthology series consisting of eight episodes, the actress appeared on the show’s third installment, Joan’s Galaxy, alongside Kim Bo Ra, Yoon Jung Hoon, and Kim Joo Ryung. According to Soompi, SF8 is set in the future and “tells the story of people who dream of a perfect society through technological advancements.”

5. She was nominated for Best New Actress for her role in “Beyond Evil”

In 2021, Sung Eun was casted for a support role on the JTBC psychological thriller series Beyond Evil. She played a butcher shop owner name Yoo Jae-yi on the show, and even earned a Best New Actress nomination at the 57th Baeksang Arts Awards for her performance.

6. Her first lead role was for the independent movie “Ten Months”

Prior to joining Beyond Evil, Sung Eun landed her first lead role in an independent movie titled Ten Months. The project, which was screened at the 2020 Jeonju International Film Festival, is director Nam Koong Sun’s debut feature film. Sung Eun played Mi Rae in the movie, a 29-year-old video game developer who’s forced to deal with an unexpected pregnancy in a less than ideal society.

7. She’s being managed by Ace Factory.

Sung Eun is currently under the care of Ace Factory. She shares the entertainment agency with fellow actors Lee Joo Young of Itaewon Class, Lee Si Young of Sweet Home, Tae In Ho from Descendants of the Sun, and Lee Kyu Hyung of Hi Bye, Mama.

8. She studied at the Korea National University of Arts under the school’s Acting Department.

9. She often watches documentaries to understand her characters better.

In order to fully immerse herself in the headspace of the roles she plays, Sung Eun shares she often resorts to watching documentaries that feature people similar to her characters. “When I first approached [my character from Beyond Evil], I focused a lot on her mother’s disappearance. To be honest, that’s an incident I can’t even begin to imagine…” she explains in an interview with Esquire Korea. “So I searched a lot for documentaries regarding missing persons cases. Watching these documentaries made me realize that the pain and sadness I had imagined was nowhere close to the pain these families went through.” Additionally, Sung Eun took a similar approach to prepare for her character Mi Rae in Ten Months.

In a separate interview with Esquire Korea, Beyond Evil actor Shin Ha Kyun was all praise for his rookie co-star who he even considers as a “charming actress.”  When asked for his thoughts on Sung Eun’s acting, Ha Kyun replied: “She’s extremely flexible and despite her lack of projects and age, her acting is natural all while she brings out her own color…When I saw her from the first filming I said to myself ‘Oh... that friend is unusual. She’s very good.’”

Was Sleeping Beauty's Prince Really Named After Prince Philip? Here's What We Know

Yes, Foldable Bathtubs Are A Thing And We Know Where You Can Get One