SHOP: The Preview Beauty Bag Is Officially Here and It's the Ultimate Steal|Read more »
Culture | By Em Enriquez - Feb 6, 2022

You might have seen her before in a popular tvN drama. 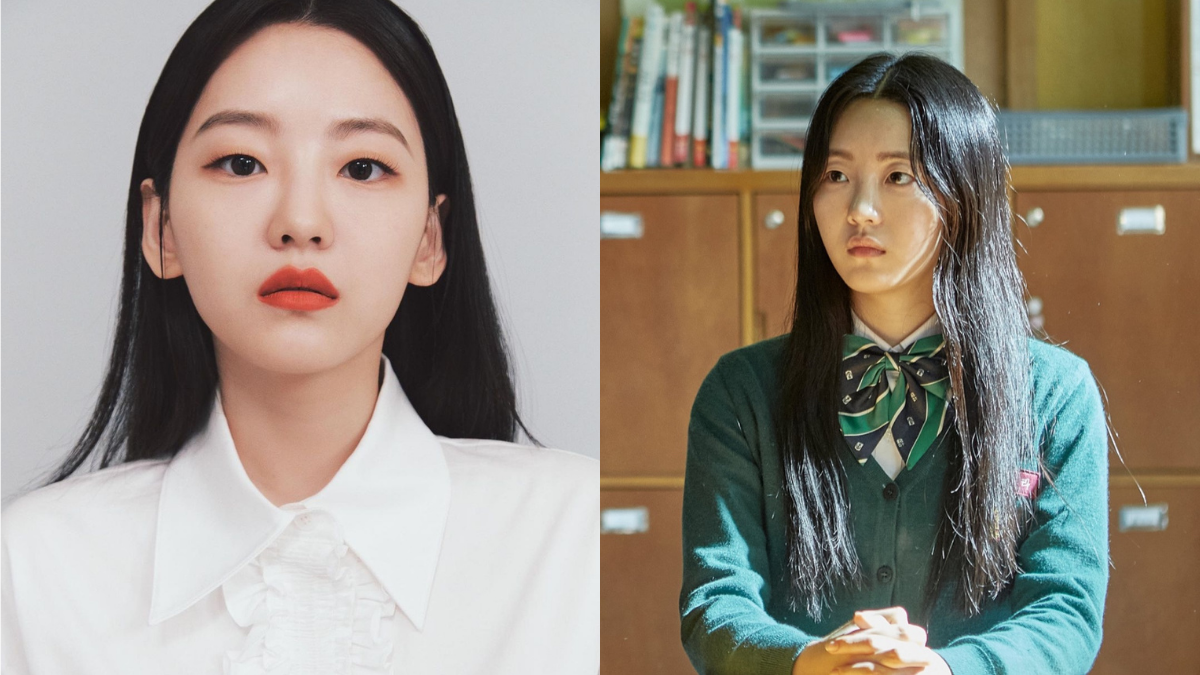 What would a high school story be if there wasn't a character fulfilling the role of the studious class president? For All of Us Are Dead, the latest zombie thriller dominating Netflix, this seat was filled in by the icy Choi Nam-ra. Bringing her to life was Cho Yi Hyun, a fresh face that may be a bit familiar to some K-drama fans.

Just her performance in the show is enough to let us know how skilled she already is, but there are way more interesting things to pick up about her. Curious to find out what those are?

Here are 10 facts you need to know about Korean actress Cho Yi Hyun:

The angel-faced actress was born in South Korea on December 8, 1999. A nifty way to remember it is to refer to her Instagram handle, @yihyun_1208

2. She studied music at an arts high school

When Yi Hyun was in middle school, she saw a production of Wicked and thought that she, too, could one day be a musical actress. To make that dream come true, she enrolled in the music department of Hanlim Arts High School. In an interview, she recalled how she was once ranked the lowest in one of her classes, but that instance only motivated her to keep working at her craft.

Now that she's well on her way to becoming a bona fide leading lady, it's safe to say her hard work is paying off. And who knows, maybe we'll witness her belting out a tune in a drama sooner or later!

One of Yi Hyun's biggest fans is her little terrier puppy whom she calls her "Baby." Look how cute they are in their vacation clips below!

Aside from acting, Yi Hyun has also stepped in front of the camera to endorse different products. She's recently been tapped by world-renowned ice cream brand Baskin Robbins to star in an adorable campaign, and has previously fronted ads for Korean skincare label Botanity.

5. She was trained by the same agency as Twice

Before she moved to her current management at Artist Company (which, ICYDK, was co-founded by Squid Game's Lee Jung Jae), Yi Hyun's acting chops were first honed by Korean entertainment powerhouse JYP Entertainment. The agency is known for handling actors like Kim Dong Hee and Shin Ye Eun, and, of course, musical groups such as Twice and 2PM.

Speaking of 2PM, one of the first onscreen gigs Yi Hyun had was for the video of the song Quit by the band's vocalist, Jang Wooyoung. In the same year, she also appeared in the video for Jo Hyun Ah's single  After You, opposite the freshly-married Choi Tae Joon.

7. She rose to prominence after her appearance in "Hospital Playlist"

Fans of tvN's musical drama Hospital Playlist have seen the rising star before as medical intern Jang Yun-bok. Although the show's already conluded its run after two seasons, Yun-bok will definitely be remembered for how impeccably Yi Hyun embodied her.

8. She was awarded for her performance in School 2021

Just last year, the actress starred alongside Kim Yo Han, Chou Young Woo, and Hwang Bo Reum Byeol in KBS2's coming-of-age series School 2021. Thanks to her undeniable chemistry with Yo Han, the two of them won the Best Couple Award at the 2021 KBS Drama Awards.

9. All of Us Are Dead wasn't her first time working with Park Solomon

Yi Hyun and Lomon (as the actor goes by when he's on screen) have rubbed shoulders prior to All of Us Are Dead. On one of her very first projects back in 2017, the actress played a background character in the web series Sweet Revenge, which had Lomon as one of its main leads.

A couple of years later, the two found themselves as high schoolers once again, only this time, in an undead-infested setting. After the immense success their Netflix series has had, we're confident we'll be seeing more of both of them soon.

10. She had a hilarious moment while filming the show

In the press conference for All of Us Are Dead, Yi Hyun recalls a chuckle-worthy moment that occurred in the middle of filming. In one scene, the characters were fending off zombies by making noise with different instruments.

Director Lee Jae Kyoo couldn't help but yell "Cut!" after seeing Yi Hyun bang a drum so passionately, as if she was a shaman conducting a ritual. The entire cast looks back on the instance as a much-needed, lighthearted moment in the middle of filming a very intense scene.

Did You Know? The School Featured in "All of Us Are Dead" Was Built from Scratch

Treat Yourself This Valentine's Day With Twg's Super Ig-worthy Macarons