Check Out the Mismatched Chairs in Anne Curtis’ Dining Room

Some of it were bought in Greenhills. 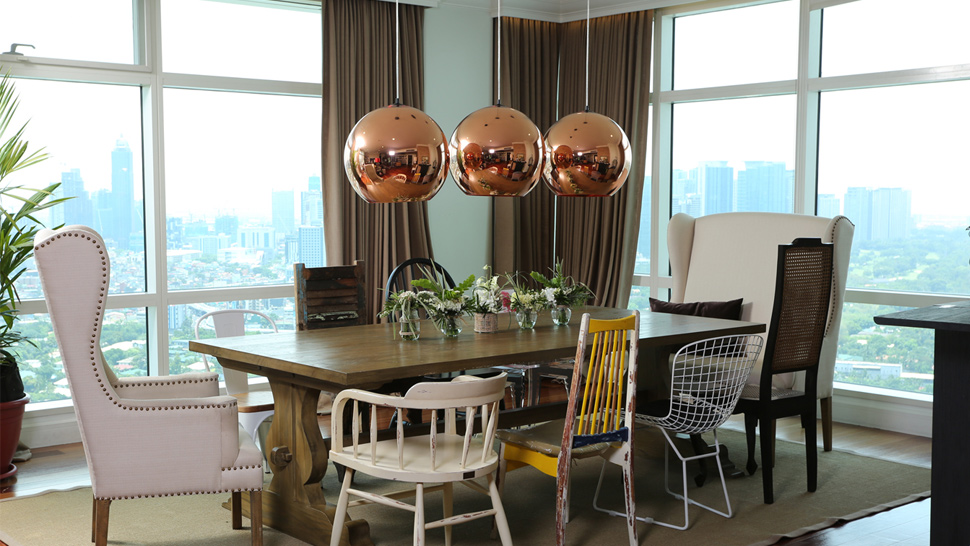 Other than being talented, a huge chunk of why Anne Curtis is so famous (she’s followed by over 3.6 million people on Instagram) is because of her personality. She’s kind, spunky, and unpredictable—not your typical celebrity DNA. So naturally, when she moved from her modern Victorian-inspired townhouse in the South to a ritzy condo in Makati, Anne wanted the place to be like her. Anything but boring, that is.

Anne says she’s very hands-on in decorating her private spaces, which is why when she enlisted the help of interior designer Rossy Yabut Rojales of Heim Interiors, she already knew what she wanted—a modern eclectic home. According to Rossy, “Modern eclectic is a theme you can’t really identify, which is a good thing because it also represents the personal style of Anne.”

And which area in her house best fits the bill? We say, her dining room. 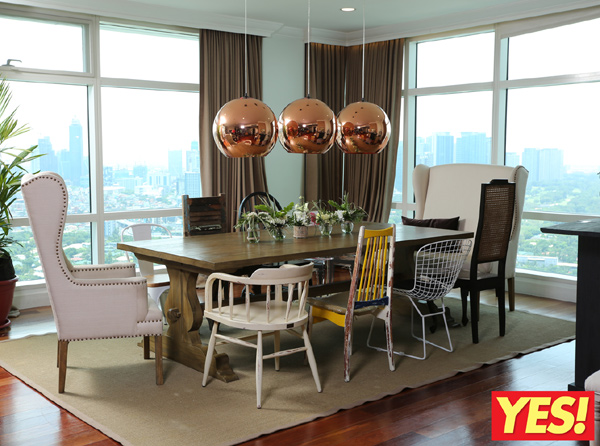 Anne’s 10-seater wooden dining table surrounded by mismatched chairs is a custom Heima furniture piece. She then combined it with random finds. One of the wooden chairs was actually made from an old boat and the shorter white seat was a gift, which she calls the “kiss chair.”

The country’s National Sweetheart is obviously into charming pieces with personality. She also sees the beauty in mixing and matching items. All her dining chairs were bought separately, some of which were from Greenhills. (Yup, she went there chair hunting herself!)

These days, Anne admits that she prefers staying in versus constantly going out. Who can blame her, though? We totally would, too, if we had a dining area as cute as hers and a boyfriend like Erwan who would prepare meals for us.

If you want to see Anne’s entire house, grab a copy of this month’s Yes! Magazine's September 2015 issue.

Quiz: How Basic Are You?