Meet The Filipina Who Helped Launch the Harry Potter Books

Charisse Meloto has worked with iconic books and brands that have made children voracious readers. 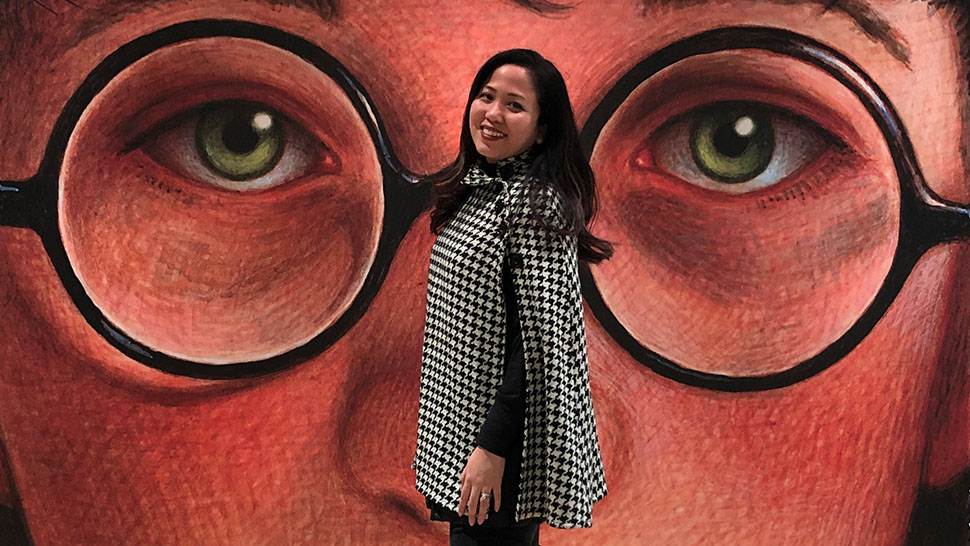 IMAGE Courtesy of Charisse Meloto
Charisse Meloto has worked with iconic books and brands that have made children voracious readers.
Shares
Share
Tweet

Just like many other children her age, a young Charisse Meloto read through her fair share of books. She remembers leafing through the pages of a paperback copy of Clifford the Big Red Dog and laughing out loud at its illustrations. She recalls adoring the love and friendship Clifford and his owner Emily shared. In her grade school years, she once found herself in trouble by not being around for school pick-up because she was engrossed in a book at the library.

Little did she know that she would get to work for the same company that produced Clifford the Big Red Dog, Harry Potter, The Magic School Bus, Captain Underpants, and many other favorite children's tales. As Scholastic vice president of global brand publicity and franchise strategy, Charisse gets the unique chance to replicate those fond memories she had as a child for millions of other children around the world. "It's a tremendous honor and privilege to work on brands and books that have turned kids into lifelong readers," she says in an interview.

Charisse Meloto at the Scholastic headquarters in SoHo, New York

In her role, she juggles multiple tasks. One day, she could be at the office attending brainstorming meetings, and the next, traveling with one of Scholastic's authors for a book tour. Her work days are never the same and she admits that she thrives in the fast-paced environment. "It's incredible and as much fun as you might imagine!" she says of life at the New York-based publishing company.

Charisse works closely with her authors, and helps them produce content that could be used for social media. Here, she preps for a Twitter party with Baby-Sitters Club author and friend Ann M. Martin.

"I feel blessed to work for a global company that holds true to its mission of creating new generations of readers. I'm surrounded by the best in the business. There's a deep sense of family culture and unparalleled camaraderie. I'm proud to be a part of the diverse staff and to work with some of the most talented authors and artists in the publishing world."

Now based in New York, Charisse hails from a family of educators in the Philippines. After her father succumbed to cancer at the age of 45, Charisse's mother took her and her three sisters to the United States in the late '80s.

She adds as an aside, "I learned from an early age the importance of knowing the difference between fact and fiction, the consequences of not having a free press, and the significance of speaking out in your community and country as a whole. Change is possible."

She and her family settled in West Virginia, but it was during a vacation to New York that she first set her sights on the city and was instantly captivated by its vibrance, pace, and diversity. It became her goal to live and work in the city, and she did just that. After graduating from the College of Mount St. Vincent, Charisse found work at a boutique public relations agency, but it seemed that it was not her calling.

"I was looking for something that brought joy, meaning, and purpose in my life. I am a self-admitted workaholic. And I figured then that if I were to spend so much of my time at work, I might as well enjoy it, right? I decided that my next step was to work for a company that made a positive difference in people's lives. As a modern-day immigrant, part of me also had this intrinsic need to give back to the country that gave me a chance of a lifetime."

Charisse with Captain Underpants and Dog Man creator Dav Pilkey, whom she calls "one of the most inspiring people [she] knows" after overcoming his struggle with reading as a child and giving back to children whose families cannot cover the cost of books.

Despite her minimal experience in the publishing industry, she landed a position at Scholastic when it had just published Harry Potter and the Prisoner of Azkaban. The person who hired her was J.K. Rowling's publicist. Charisse has been with the company ever since and has just marked her 19th year anniversary.

Throughout her career, Charisse has made memories with the Harry Potter franchise. Two years ago, Scholastic published the scriptbook of Harry Potter and the Cursed Child in North America. Just before the book's midnight release in New York, Charisse and the Scholastic Harry Potter team traveled from bookstore to bookstore, to TV networks, and to journalist's homes, making special drop-offs of the new release right before the clock struck 12.

At the Wizarding World of Harry Potter in Orlando with Brian Selznick, a long-time collaborator who illustrated the 20th anniversary editions of the Harry Potter books.

"For the team, it was a thrilling experience after months and months of working together. It took an incredible team effort to pull it off," she said. "Scholastic sold two million print copies of the Cursed Child in two days."

In her 19-year career as a publicist, Charisse has learned these key lessons: Trust your instincts, dare to be different, listen often and learn from mistakes, and to take risks and be bold.

The inspiring Filipino go-getter has also had the rare chance of working with celebrity authors like LL Cool J, Will Smith, and his wife Jada Pinkett Smith. Among others, one project she will never forget was working with anthropologist, primatologist, and conservationist Dr. Jane Goodall, with whom Scholastic had published a picture book.

On September 11, 2001, Charisse was busy at work, organizing press events for Dr. Jane's book release. She was scheduled to meet with Dr. Jane and her assistant at a photo shoot with TIME and USA Today when the 9/11 tragedy struck, her office located in SoHo, nearby the Twin Towers.

"Many of us were eyewitnesses to this tragic event. Like many New Yorkers working in downtown Manhattan that day, we were evacuated and, in a state of shock, I ended up walking with my Scholastic colleagues for miles to escape the chaos," she said. "There was no social media or working cell phones at the time, only swarms of people and the sound of fire truck sirens speeding by. After I finally reached my apartment more than 50 city blocks from the office, I began to receive e-mails and (landline!) phone calls telling friends and family I was okay."

Charisse managed to keep Dr. Jane's scheduled shoot the day after, "in an attempt to do 'normal' things." She vividly recalls walking past what is now Ground Zero and traversing through a cloud of smoke. During the shoot, Charisse's mind kept wandering to the incident.

"Near the end of the photo shoot, Dr. Jane, whose groundbreaking work with animals inspired how human beings live today, walked over to me and gave me a big hug. My knees melted, grateful to have this connection with a human being. There weren't a lot of words exchanged that day, but that one simple gesture stayed with me. It's as if Jane was saying: I see you. I hear you. I'm with you. I decided that my life from thereon would be one of purpose, empathy, and compassion."

At the lobby of Scholastic, where Meloto has worked for 19 years

Charisse, who now lives a couple hundred steps away from Ground Zero, says she learned so much from that the tragedy. She witnessed the human ability to pick himself up and carry on, even in the face of grief and tragedy. She is a witness to human goodness and hope, and it has influenced the way she lives her life.

Though she hopes to one day visit her native country again, Charisse still finds so much joy residing in New York with her Italian-American husband. Even after years of living in the city, she continues to be amazed by everything it has to offer.

Charisse at the One World Trade Center in New York

"There's a certain energy here that's hard to describe, it's like living in a creative oasis that constantly feeds your body and mind. And when I'm home, I like to go on long walks along the Hudson River," she says. "With skyscrapers beckoning behind me, I often go to Battery Park and from a distance see the Statue of Liberty, her torch raised high up into the sky. I smile and dream about the next big idea."

Get To Know The Secrets Behind Netflix's 'black Mirror: Bandersnatch'